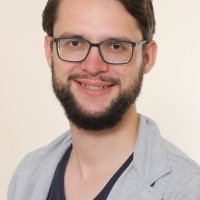 “Disarmament involves much more than the mere elimination of weapons. Just as deterrence is a system of organized peacelessness, so disarmament would be a system of interests, institutions and consciousness that would be, in structure and content, a fundamental alternative to the institutionalized discord that exists now” – Dieter Senghaas, Abschreckung und Frieden, Studien zur Kritik organisierter Friedlosigkeit, 2. unv. Aufl., Frankfurt am Main 1972 [1969].

In a way, German peace research was both a product of the Cold War, especially Germany’s centrality to it, and a radical project to transcend it. The popularity and predominance of peace research topics, theories, and methods were heavily influenced by this paradox, and it is not always easy to determine where a certain researcher or publication can be located on this axis. Sometimes it is both, which is certainly true for one of the most influential works of early German peace research, Abschreckung und Frieden, Studien zur Kritik organisierter Friedlosigkeit (Deterrence and Peace, Studies on the Critique of Organized Peacelessness), written by Dieter Senghaas.

Abschreckung und Frieden is a unique synthesis of earlier American criticism of deterrence strategy, Karl W. Deutsch’s work on communication and learning, and the critique of “late capitalism” by the Frankfurt School and other neo-Marxian approaches. Published in 1969 and again in 1972 in the aftermaths of the protests of 1968, its impact cannot be explained without this historical context. But while it stimulated a lasting debate in German peace research and German IR in the 1970s and 1980s, its impact on the international scientific community of scholars who concerned themselves with nuclear deterrence was surprisingly small, as Senghaas’ early magnum opus was never translated into English.

Senghaas claimed that, in the age of deterrence, there could be no meaningful differentiation between war and peace. Deterrence required “comprehensive preparation” for war and therefore the state of international relations had to be described as “organized peacelessness.” Furthermore, deterrence could not be described only as a military or political strategy, but as the outflow of the dominant social system, that is “late capitalism”:

“[…] Deterrence is a principle in which technical and social processes often cling together to the point of inseparability, a principle that presents aspects of prevailing domestic and international practice as a whole.”

Subsequently, conventional criticisms of deterrence, proposing restrictions for the arms race by arms control or even gradualist/unilateral disarmament, were bound to fail as they ignored the societal foundations of the system of deterrence. Lasting disarmament and peace made a break with these societal foundations necessary. Senghaas proposed building up coalitions of interest for unilateral disarmament on a national level before engaging in bilateral or multilateral arms control negotiations, for without real national support for disarmament, arms control would always only usher in restrictions in conformity with the interests of the so called “military-industrial-complex.” Consequently, he criticized the SALT and MBFR-negotiations as diplomatic follow up of the shift from a quantitative to a qualitative arms race.

The critics of Senghaas writing in the 1970s very often tried to prove him wrong with references to the progress of arms control and détente. This criticism seemed to be relativized during the crisis of détente in the early 1980s, but vindicated with the conclusion of the East-West Conflict at the end of the same decade. Concurringly, Senghaas’ Abschreckung und Frieden saw a revival during the early 1980s and even a republishing as a 3rd revised edition in 1981, but since then mostly appears only as a historical reference in peace and conflict studies textbooks.

Especially at his first intellectual home, the Peace Research Institute Frankfurt (PRIF), Senghaas inspired many more studies about the relation between society, economy, deterrence, militarism and armament. But at the end of the 1970s, the research focus changed, and German peace research became more and more concerned with “strategic stability” and “common security” by arms control. As Gerd Krell, then head of the PRIF claimed retrospectively in 1989, one cannot establish an empirical connection between capitalism, militarism, and the nuclear arms race. From his point of view, the case was scientifically solved.

But for an intellectual historian the question is how “empirical” was defined – and how the context of this definition changed in the 1970s and 1980s. My thesis is that the connection between capitalism, militarism, and the nuclear arms race wasn’t socially imaginable anymore, because society had changed. Implicitly this means, the case is not “scientifically solved” forever. Under different circumstances – such as a repoliticization of the economic order due to the coronavirus pandemic or climate change – it might be plausible that the case for radical societal changes to end the threat of nuclear weapons gains traction again.