Q: On April 11, Ecuadorians elected Guillermo Lasso in the second round of the presidential election. Polls had predicted victory for Lasso’s opponent, Andrés Arauz, a protégé of former President Rafael Correa, and the final result was close, 52 percent to 48 percent. Nevertheless, Arauz quickly accepted the results, and the transition occurred with little political drama, unlike the recent experiences in the United States, the hemisphere’s oldest democracy, and in neighboring Peru. What can we learn from Ecuador’s electoral system and political culture?

A: I believe that the main lesson of the Ecuadorian democratic process is that after two decades of political instability and a process of institutional decomposition, Ecuadorians have followed a path of strengthening democracy and individual freedoms. This has allowed us to gain confidence again in political processes, showed in the exemplary elections of April 2021 and the peaceful democratic transition that followed. This allowed us to differentiate ourselves from the situation in other countries, including the United States.

The challenge is to maintain this path of institutional strengthening and rebuilding of public trust in Ecuador’s leaders and political processes. The administration of President Guillermo Lasso has started with great success. Upon meeting the objectives of the vaccination campaign (9 million vaccinated in the first hundred days), a series of actions has followed to rebalance the economy and resume the path of economic growth: after contracting almost 8 percent in 2020, the economy is expected to grow 3.4 percent this year.

This propelled President Lasso’s approval rating to the highest level in Latin America, more than 75 percent. However, history teaches us that these types of dynamics need sound domestic and external support to be sustained. This is the true challenge for Ecuador. It is a country that for some time has been seeking to be recognized as a responsible partner in the international system, and it hopes that this will bear fruit through actions that contribute to improving the living conditions of its population.

Q: The Galápagos Islands, a province of Ecuador 600 miles off its coast, is among the world’s top destinations for wildlife viewing, with a kaleidoscope of plants and animals, including many found nowhere else. Sadly, climate change is imperiling this biodiversity. Nor is that the only threat to the Galápagos. In July 2020, Ecuadorian authorities observed a fleet of over 300 fishing vessels in the waters around the islands, a notorious case of illegal, unreported and unregulated (IUU) fishing. How does the Lasso administration plan to protect the Galápagos while promoting its tourism economy and addressing the demands of the local fishing industry? Is the president considering an expansion of the Galápagos marine protected area?

A: Ecuador is one of the countries with the greatest biodiversity on the planet, and it is one of the leaders in the protection of its natural areas: more than 20 percent of its land and 14 percent of its maritime area are protected. Obviously, these zones are not risk-free, since the capacities of all countries, even the richest ones, are not sufficient to control illegal activities in protected areas. Ecuador has experienced that reality firsthand.

Ecuador recognizes that the Galápagos Islands are a unique heritage that, in several ways, belong to the world, and it has taken measures to protect the islands for the benefit of all humanity. However, the resources we have are limited, given the great extension of the sea under our jurisdiction. In this context, the fleet of more than 300 fishing vessels that appeared in 2020 on the outer edge of the Galápagos’s exclusive economic zone generated great concern in my country. Although this fleet did not enter Ecuadorian waters, its industrial fishing activities affected the populations of marine species, especially those that are most threatened. This is why Ecuador is working with the regional fisheries management organization to find more effective ways to protect marine species, especially those highly migratory.

For almost a year, the possibility of expanding the maritime reserve around the Galápagos has been discussed in Ecuador. This is a decision that must be considered not only through environmental considerations; there are various stakeholders who would be affected by the proposal, such as a reduction of the fishing areas for the Ecuadorian fleet, the largest in the Southeast Pacific. The Ecuadorian authorities are evaluating the best option to meet the objective of protecting both natural resources and the interests of the islands’ population.

Q: The United States donated 2 million doses of the Pfizer vaccine to Ecuador in July 2021, by far the largest vaccine donation Ecuador has received. That “vaccine diplomacy” helped promote Lasso’s ambitious immunization program, and 55 percent of Ecuadorians are now fully vaccinated. Lasso’s success boosted his approval rating to 74 percent. However, the new administration will also be judged on Ecuador’s economic recovery, a difficult challenge given the pandemic’s impacts on the country. What is the new government’s strategy for economic growth?

A: Indeed, the vaccination program has been a crucial milestone in the public policies adopted by the administration in Ecuador. This has been widely recognized by the international community. Ecuador had suffered three waves of the pandemic: the first from March to May 2020, the second from August to September 2020 and the third from January to May 2021. Before May 24, 2021, only 6 percent of the eligible population was fully vaccinated. The “9/100” plan (to vaccinate 9 million citizens in the first 100 days of the administration) began on May 31, 2021. By September 1, 2021, 93 days after the new administration started, 9 million Ecuadorians, or 66 percent of the eligible population, were fully vaccinated against COVID-19. As a result, Ecuador’s face-to-face activities are being restarted, including academic, tourist and economic activities.

On economic issues, the economy minister is working on the 2022 budget, which will be the first under President Lasso. The objectives are to increase oil production, grow foreign direct investment (for example, in mining and other strategic sectors), open Ecuador to the world through trade agreements with the ten largest economies, starting, if possible, with the United States, and reduce public expenditures. Currently, the deficit is around 5 percent of GDP; the goal is to halve the deficit in 2022, and to generate a surplus by the end of the presidential term. New revenue, meanwhile, will enhance infrastructure in education, health and other important programs. The main goal in the short term is to reduce child malnutrition, which affects 27 percent of children under two.

Q: Ecuador’s top priority for its relationship with the United States appears to be the negotiation of a free trade agreement. In December 2020, the two countries updated their Trade and Investment Council Agreement, adding annexes on customs administration and trade facilitation, good regulatory practices, anticorruption and small -and-medium-sized enterprises. Was this an important step toward a free trade agreement? How are you promoting Ecuador’s trade agenda? Has the Biden administration shown interest in new trade agreements?

A: It is important to point out that in May 2004, Ecuador joined trade negotiations with the United States that Colombia and Peru were carrying out. A year later, and after the negotiation was practically completed, Ecuador withdrew. This hasty decision left Ecuador without an agreement, and with many of its exports to the United States dependent upon unilateral preferences under the Generalized System of Preferences (GSP) and Andean Trade Promotion and Drug Eradication Act (ATPDEA). Peru and Colombia, by contrast, have enjoyed free trade agreements with the United States since 2009 and 2012, respectively.

In the last couple of years, Ecuador has proposed in all bilateral meetings with the United States, at all levels, to start the negotiation of a free trade agreement. It should be noted that in South America, the United States is only the top trading partner for Ecuador and Colombia; for the rest of the continent, China is the main destination for exports. This can have important consequences not only for the structure of value chains, but also for the foreign policies that the region has traditionally followed.

During President Trump’s administration, the United States did not sign comprehensive trade agreements, but rather agreements on a limited number of products and a limited number of trade disciplines. This happened with the United States-Mexico-Canada Agreement (USMCA) and deals with Korea, Japan, China and Brazil. The two full free trade agreements that began to be negotiated under the last administration, with the United Kingdom and Kenya, have not been reinitiated by the new administration. In this context, Ecuador took the available option and negotiated a protocol for trade rules and transparency, which includes some important trade disciplines, including an innovative chapter on small- and medium-sized enterprises.

This was an important step to shore up the commercial relationship, but it is insufficient to exploit the bilateral potential and, ultimately, to support Ecuador’s economic development. If we cannot expand trade flows and investment, which is the natural result of a free trade agreement, Ecuador will not be able to generate the economic dynamism necessary to ensure social stability and maintain the population’s trust in democracy. There are plenty of examples in the region of insufficient improvements to the well-being of citizens that has resulted in social unrest and destabilization. Ecuador is doing its part, but this is a crucial time when support from its partners is urgently needed for us to continue being an example of democracy in the region. 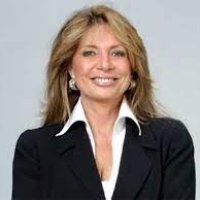 Ambassador of Ecuador to the United States 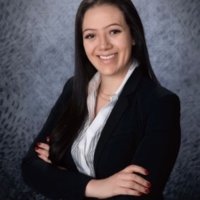