Elections During a Pandemic: South Korea Shows How to Safely Hold a National Election During The COVID-19 Crisis

In April, South Korea became the first country to hold national elections in the midst of the global COVID-19 outbreak. Not only did voters turn out despite the risk of infection, but they turned out in the highest numbers in 28 years.

One month later, South Korea does not have any new domestic COVID-19 cases directly linked to the April 15 elections, despite having been an early hotspot in the pandemic. South Korea had more than 11,000 confirmed cases and 263 deaths in mid-May.

How South Korea prepared for and successfully carried out a parliamentary election during the pandemic could serve as a guideline for other countries. New Zealand, Iceland, the Dominican Republic, Mongolia, Burundi, and Sri Lanka also are planning to hold upcoming elections as scheduled. Meanwhile, at least 58 countries and territories have postponed electoral events due to COVID-19. In the United States, the states of Arizona, Florida, Illinois, and Wisconsin held primary elections while many other states postponed their primaries. The U.S. presidential election is scheduled for November 3.

How did South Korea, a country of 51 million people, do it, and what lessons could other nations learn?

First, South Korea managed to flatten the curve by having a coordinated national plan for how to deal with a pandemic. That plan included emergency provisions for creating tests and producing protective gear, as well as a comprehensive system for testing, tracking, and contact tracing, and guidelines on social distancing and public events. South Korea never had a lockdown.

That plan included emergency provisions for creating tests and producing protective gear, as well as a comprehensive system for testing, tracking, and contact tracing, and guidelines on social distancing and public events.

Elections were carried out with clear, organized instructions and precautions for polling staff and volunteers as well as to South Korea’ 44 million voters, including those in self-quarantine and recuperating from COVID-19. The protocol was strict and polling stations were well-equipped.

Here’s how it looked on Election Day, April 15, as shared by a friend, Junyeong Kim, who was in mandatory self-quarantine at the time after returning to South Korea from Malaysia in early April:

Two days before the election, Junyeong, an undergraduate at Hallym University in Chuncheon northeast of Seoul, was asked by his local district office at his home in Incheon whether he was willing to vote. He said yes, and later received instructions via text about the voting process for those under self-quarantine.

Junyeong was required to install a self-quarantine app on his phone to report his movements three times: his departure from home, his arrival at the polling station and his return back home.

It sounded complicated. Nevertheless, he says he still wanted to exercise his right to vote.

“While the world is suffering from the pandemic, South Korea held an election and provided the chance to vote,” he wrote to us. “Such moments create a mechanism for the people to choose a new path for the country to accelerate new infectious prevention strategies against the spread of virus,” he said.

Rules required every polling station to place signs and equipment to help people maintain social distance. Voters were required to keep at least 1 yard (1 meter) apart, and voters in quarantine were instructed to stand at 2-yard (2-meter) intervals while waiting in line. Some polling stations marked the distances with tape while other stations used plastic cones or collapsible belts to enforce social distancing.

Once it was their turn, each voter’s temperature was taken. Those with temperatures over 99.5 degrees Fahrenheit (37.5 Celsius) were sent to a separate area. Masks were compulsory. Plastic gloves and sanitizer were available at each polling station. Wash basins were placed in the entrances of some polling stations.

Each volunteer received two face masks, gloves and a face shield, according to a friend, Sewon Kim, who was a polling volunteer in Incheon. Every corner of registration and ballot-counting desks was stocked with hand sanitizer.

Still, “I was worried whether I would have gotten infected by the virus,” she says. “There were more than 800 people enclosed in the polling site, counting and validating the ballots."

Voters also had the option of casting their ballots two days prior to election day. Guidelines required officials to disinfect each polling station at regular intervals.

The government did not deprive those who were in quarantine or confirmed with COVID-19 the right to vote either. Those in quarantine were allowed to vote outdoors, at temporarily installed polling booths, from 5:20 pm to 7 pm, on April 15. Quarantined voters were required to use hand sanitizer, wear masks and put on vinyl gloves before entering the booth. After voting, they were instructed to return immediately, on foot or in their own cars; travel by public transportation was prohibited. They were required to return home by 7 pm, notifying a dedicated public official by app or text message upon their return.

For COVID-19 patients, there were specific voting procedures. Patients who were hospitalized and recuperating from home were entitled to vote by paper ballot. Patients recuperating from mild symptoms were eligible to vote at a special early voting polling station set up in care centers on April 10 and 11.

Although the election ended smoothly, there was a case of an infected person (Patient No. 128) who had voted early voting in the city of Busan, who later tested positive. The government tracked his contacts for more than two weeks; one person tested positive, out of the 1,100 people Patient 128 came into contact with, but not from Election Day.

Despite COVID-19, results show the general election attracted the highest voter turnout in 28 years, with 66.2 percent. The results gave President Moon Jae-in’s ruling Democratic Party a landslide victory, with 180 of the total 300 seats in the National Assembly, or about 60 percent of parliamentary seats, the highest since South Korea became a democracy in 1987.

The results were a major boost for President Moon, whose administration had faced criticism over the lack of progress on North Korea and economic policies before the COVID-19 outbreak. The results served as a vote of confidence in his administration’s handling of the pandemic and will enable the party to fast-track bills, giving his government momentum to operate and manage state affairs as officials seek to contain the virus, safely reopen and revitalize the economy.

The safe execution of the election was also the result of exhaustive discussions and analyses of the COVID-19 situation by South Korea’s Ministry of Health and Welfare, Ministry of the Interior and Safety, Korea Centers for Disease Control and Prevention, and the National Election Commission.

Volunteer Sewon Kim says many voters expressed trust in their government by showing up to vote.

“South Koreans have a strong belief in our healthcare system and in our medical workers,” she says. “I think such faith towards our system compelled people to take part in the election to show their support for this basic function of democracy.”

The South Korean government is covering all medical costs for COVID-19 patients in South Korea, a move that appeared to win the people’s trust in their healthcare system.

But the success was not only due to the strict, coordinated protocol but also voters’ sense of civic duty.

South Korea held the election just as officials were able to significantly flatten the curve. But the success was not only due to the strict, coordinated protocol but also voters’ sense of civic duty. It was not just good timing but also strong accountability on the part of the individual, the medical workers and the state. Such cooperation among the stakeholders allowed South Korea to hold the election safely, and gave citizens the chance to exercise their voting rights to sustain democracy in the age of the coronavirus.

Being the first country to hold a nationwide vote with no confirmed coronavirus cases from the election, South Korea could provide safe guidelines for countries that plan to hold elections during the pandemic.

Do Kyung Ryuk, JeongHyeon Oh and Yewon Sung are Korea Foundation junior scholars carrying out independent research projects at the Wilson Center in 2020. Follow the @Korea_Center on Twitter. 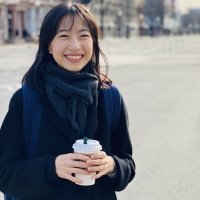 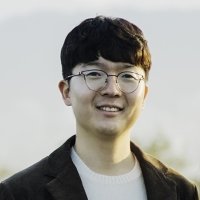 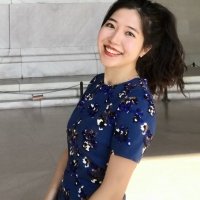