Elections: A Feedback Mechanism in the Soviet Union? 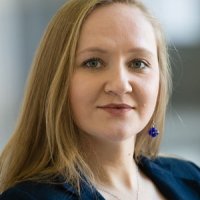 Soviet voters used inscriptions on ballots to express a variety of emotions toward the current state of affairs in the USSR.

As the presidential elections in Russia approach, many prospective voters begin to wonder about the choices they have. While most Russian media outlets are trying to convince their audience that their vote counts, many patriarchs in Russian families are reminiscing over Soviet times, telling the younger generations stories about what the elections as an institution meant for them back then. Some tell how they felt it was necessary to dress up for such an important occasion, while others underscore the cynicism with which they performed their civic “duty.” Many also point out that in the late 1980s, the practice of selling deficit food at the election posts was wide-spread.

Although denied the right to choose the leader of the country, it is worth remembering that the Soviet population was allowed to vote for delegates to the local Soviets and the Supreme Soviet, the highest legislative body in the USSR.

In the 1924 Soviet Constitution, the “class-alien elements” were denied the right to vote, and the mechanism of indirect election was put in place. The Stalinist leadership amended the election practices significantly in the 1936 Constitution, rendering universal direct suffrage a part of the Soviet reality.

Research shows that, for a while, the Soviet Government prepared to conduct contested elections. But sensing the dangers of such an endeavor, the leadership soon walked back on that intention. Quite often ballots would have the name of only one candidate.

In 1989, as part of Gorbachev’s demokratizatsia policy, parliamentary elections to the newly established Congress of People’s Deputies (former Supreme Soviet) were held in an unprecedented fashion. Out of 2,250 seats, the first 750 were reserved for CPSU representatives, and the other 1,500 seats were filled through the election process. Ultimately, 300 candidates defeated the CPSU endorsed individuals, among them the future President of the Russian Federation, Boris Yeltsin.

Listening to the accounts of those who were old enough to vote in the USSR, one cannot help but wonder whether the Soviet authorities were truly aware of the divisiveness within Soviet society, whether statistical data was being fed back into the system, and if it was ever taken into consideration.

During my research in the Presidential Archive of the Republic of Kazakhstan, I stumbled onto a 1967 report prepared by local authorities about the inscriptions written by voters on the ballots. They prove that the state was very much aware of feelings of discontent within Soviet society and that Soviet voters found a way to express a variety of emotions toward the current state of affairs. Evidently, the remoteness of Alma Ata (now Almaty) from the citadel of Soviet power, as well as a negligible number of negative comments left, made it so these remarks were barely noticed by the highest leadership of the country:

Central Committee of the Communist Party of Kazakhstan

Information on the inscriptions on the ballots during the elections for the Supreme Soviet of the Kazakh SSR and local Soviets of People's Deputies, March 12, 1967.

The overwhelming majority of the inscriptions on the ballots made during the March 12 election of this year are patriotic, they endorse the foreign and domestic policies of the Central Committee of the CPSU and the Soviet government; gratitude and love for the Leninist party and the support of the bloc of communists and non-party members are expressed in them. In some inscriptions, wishes and orders for the candidates [running for] deputy [positions at] the Supreme Soviet of the Kazakh SSR and local Soviets of the People’s Deputies were expressed.....

There are inscriptions negative in nature:

-  Elections are when there is something to choose from. And [all] this is just sophistry. (precinct No. 39 of the Frunzensky District)

-  In verbal and printed forms of propaganda and agitation, one must refer to the real situation and actual events.

-  When will all this end? I am fed up, please, America, bomb the USSR. (precinct No.29 Frunzensky District).

-  He is not elected, but appointed! We have no elections in the USSR. I am a working man, I warn you all, you will get the second revolution. Stop building communism for the party leaders. Remember Lenin and learn from his modesty and love for the people. Worker of motor depot (the signature is illegible) (precinct No. 14 of Frunzensky District).

-  Think about it and do not raise your hand mechanically in favor [of someone or something]. (precinct No.135 of Kalininsky District)

-  We need to listen more to foreign broadcasts, especially the Voice of America, the BBC, West Germany. With communist greetings.

-  I think that the policy of Mao-dze-dun [Mao Zedong] has an objective truth [to it]. We should carefully look into these matters, rather than groundlessly question his policies. (precinct No. 11 of Kalininsky District).

-  When are you going to stop playing at democracy? (precinct No.  13 of Soviet District).

-  Remember the early days, life used to be interesting, but now people ceased to live, they only exist, I can write a lot, but will you get it? (precinct No. 32 of Leninsky District).

Secretary of the regional committee of the CP of Kazakhstan A. Kakimzhanov