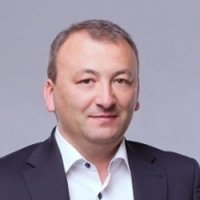 The twentieth EU-Ukraine summit, which took place in Brussels on July 9, celebrated the long and rich history of the EU’s relations with Ukraine, a country that has declared EU accession its main political and societal goal. However, the summit results only reconfirmed that the nature of this relationship is vague, and its future remains up in the air. It was the failure to sign the bilateral Association Agreement that launched the Maidan protests, and the agreement itself that served as a pretext for the Russian invasion of Ukraine. But neither the hundreds of deaths in Kyiv’s center nor the annexation of Crimea and the more than 11,000 killed (so far) in a bloody conflict in Donbas have softened the EU’s unwillingness to improve Ukraine’s accession prospects in the near future. The legal conditions attached to ratification of the Association Agreement mean that Ukraine cannot acquire candidate country status even after the implementation of the agreement. How did the two sides arrive at such a discrepant outcome? What are the consequences for each side today with the accession prospects turned down, and what kind of future awaits EU-Ukraine relations?

Twenty years ago, Ukraine saw EU accession primarily as a mechanism for accelerating internal reforms. In the second half of the 1990s, when the differences between Ukraine and its Western neighbors in exiting the communist system became striking, the answer to the question of why Ukraine was lagging behind was obvious: because Poland and other CEE countries had become EU candidates and Ukraine had not. Two main factors—a political incentive in the form of prospects for accession and financial-institutional incentives in the form of pre-accession assistance—played a powerful role in the reforms undertaken by many different countries in Central and Eastern Europe. The EU accession process turned out to be a real engine of their political and economic development. Today, two decades later, it is clear that Ukraine will be granted neither EU accession nor the relevant financial-institutional assistance. Then what is Ukraine after in its relations with the EU, and analogously, what is the EU’s goal in relations with Ukraine?

The Joint Statement issued at the Brussels summit went so far as to use the language on Ukraine’s European choice adopted about twenty years ago, in December 1999, in the text of the EU Common Strategy in Ukraine. But even twenty years ago it didn`t satisfy Ukraine's desire to be the part of the EU enlargement process. How could it possibly be adequate to the current situation, so different from that obtaining two decades earlier? The summit declaration specifically mentioned the entry into force of the Association Agreement, but in fact, this agreement is a summation of all the goals enunciated in the European Neighborhood Policy (ENP) developed by the EU fifteen years ago for countries of Northern Africa and the former USSR states that would not be seeking accession to the EU. The ENP clearly is not about accession. Neither is the Association Agreement with its outlining of a free trade area, which will not lift the country out of the depths of its internal economic and social problems. If in the cases of other countries, such an opening of the markets required significant concessions from the EU, in the case of Ukraine the free trade area was granted in response to Ukraine’s EU accession desires. But instead of EU accession, the country received only a loan of €1 billion, which, strangely enough, is called “assistance.” Is a loan what all the sacrifices were for?

Perhaps in recognition of this tricky discrepancy and its share of responsibility for it, the EU is trying to play nice with Ukraine, even though the country is in a critical economic and political situation, with corruption rife and new casualties reported weekly in the Donbas conflict. The word “corruption” is rarely mentioned, and the leadership enjoys repeating that more reforms have been implemented in Ukraine in the past four years than in the previous twenty. But at the same time, 75 percent of Ukrainians believe that the country is developing in the wrong direction, and dissatisfaction with reforms is recorded by 60–80 percent of survey respondents. Even if Brussels satisfied Kyiv’s request to tamp down talk about corruption, which is easily manipulated by Russia in its information warfare against Ukraine, Ukrainians suffer every day from overwhelming corruption and know the price of words. The fight against corruption is a key demand of Ukrainians, along with the end of war in the East of the country. With regard to the conflict in the Donbas, the Brussels summit statement confirmed that the EU supports the territorial integrity of Ukraine and the sanctions against Russia. However, it is difficult to understand how this official posture can restore peace and change Russia's behavior. What is the significance of sanctions when the cost of oil is above U.S. $70 per barrel? Meanwhile, Russia’s role in supplying energy to the EU is growing, and EU leaders are queueing to visit Russia and looking forward to increases in bilateral trade by 10, 20, or even 40 percent.

None of these or other difficult questions were answered at the Brussels summit. And the EU is not in a hurry to look for answers. The situation in Europe is complicated. Support for Euroskeptics is growing, as are internal disagreements inside the EU; Brexit brings another host of problems. The situation in regard to Russia is bad but not, for the EU, nerve-racking, and the EU seems to be OK with the current state of relations with Ukraine: the issue of accession has been frozen now for decades, political support is not costly, and the increased export of EU industrial goods to Ukraine is good for the EU economy even if the Ukrainian economy is at a record low. Thus the EU can try to play geopolitics in Ukraine, with little to lose and possibly something to win in the future. The problem is above all one for Ukrainians, who are suffering through a crisis that has them heading toward becoming the poorest nation in Europe.

But the problem is also one for the whole of Europe, and beyond. The “Ukrainian crisis” has proved that post-Cold War structures cannot guarantee peace even in the center of Europe. No one can be safe until this crisis is settled, and to settle the crisis we must go beyond Donbas and even beyond Ukraine. The whole European structure of security and cooperation must be reconsidered and reset. Without some clarity as to what the future of countries like Ukraine might be like in Europe, islanded between Russia on one side, and the EU and NATO on the other, the future of the whole continent will remain befogged.