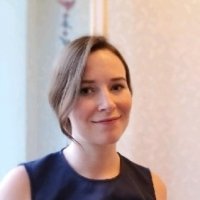 On May 21, human rights proponents and nuclear disarmament activists celebrated the centennial anniversary of the birth of Andrei Sakharov, a Soviet nuclear physicist, dissident, and Nobel laureate. In his 1975 Nobel lecture, Sakharov advocated for cooperation between the United States and the Soviet Union: “Cooperation on a wide front between the western countries, the socialist countries, and the developing countries is a vital necessity for peace, and it involves an exchange of scientific results, technology, trade, and mutual economic aid.”

Today, the adversarial nature of Russian-American relations largely mirrors that in Sakharov’s era. The success of past collaborative scientific projects during times of heightened political animosity, particularly during the Cold War, may, however, offer a rare guide for productive Russian-American exchange. One such avenue for this cooperation may be fast neutron reactors, a largely underdeveloped and much-debated technology with the potential to alter the field of nuclear energy.

Fast neutron reactors, or simply fast reactors, are a category of nuclear reactors in which fast (i.e., unmoderated) neutrons sustain a fission chain reaction. These reactors have long been components of Russian and American experimental nuclear programs owing to their ability to breed extra fissile material more rapidly than any other reactor system, their relative sustainability, and their advantages with respect to the management of long-lived nuclear waste. Andrei Sakharov was among the cautious proponents of the system based on its potential high efficiency. Scientists working on the technology point to fast reactors’ prospects (although far in the future) to operate as self-sustaining nuclear power sources and to minimize the need for geological repositories for waste. Critics of the technology fear that if fast reactor technology became a staple in certain states’ energy mix, aggressive regimes could convert their civilian programs to produce weapons-grade radioactive material before the international community could act. Because of the current exclusivity of the technology, fast reactors also present a rare opportunity for Russian-American cooperation.

Since 2016, many of the Soviet-era treaties and protections that prevented the proliferation of nuclear and radioactive materials have been allowed to lapse. Although President Biden’s administration will likely be more supportive of arms control than his predecessor’s, the outlook for productive Russian-American nuclear cooperation, which has a direct bearing on the civilian and military nuclear programs of the world, remains dreary. The politicization of the relationship and atrophy of diplomatic avenues of cooperation under the Trump administration have additionally whittled away opportunities for productive relations.

Scientific cooperation, however, has long been a fertile field for fostering mutually beneficial cooperation, with a history going back to the darkest days of the Cold War. Both states have historically led the world in nuclear development, often looking to one another to develop experimental technologies. Expenditure on R&D for nuclear power reactors has also been falling since the 1980s, compelling cooperation on costly projects such as fast reactors. A waning enthusiasm for nuclear power has further motivated proponents to seek like-minded international partners.

Over the last decade, Russia has demonstratively declared its willingness to partner and cooperate on the development of novel nuclear technologies. Russia is also the leading developer of fast reactor technology and among the leading producers of nuclear energy. These factors make the Russian nuclear experience an invaluable resource in the development of experimental nuclear technologies, including fast reactor technology, which the Soviet Union initially pioneered.

At the height of the Cold War, the Soviet Union and the United States instituted people-to-people exchanges, creating a rare opportunity to swap invaluable scientific expertise amid unparalleled animosity and distrust. Such scientific exchanges are significant even beyond the technological breakthroughs they can provide, having been shown to have a democratizing effect, as Russian scientists exposed to Western colleagues are found to be more sympathetic to democratic ideals.

Today’s Russian-American relationship reflects the distrust and misunderstanding seen during the Sakharov’s era when these programs began. Although adversaries, the United States and Soviet Union carried a heavy responsibility as the world’s first two nuclear weapons states. Sakharov risked his life to convince the world that this responsibility should not be taken lightly. The two states have diverged in their interpretation of this role in recent years as the United States debates the necessity of international arms treaties and Russia deploys energy diplomacy to developing states interested in civilian nuclear programs, but their technological prowess in nuclear energy remains incomparable.

Fast reactors present an unparalleled opportunity for cooperation between the United States and Russia as the homes of the most prominent experts in the technology. As a new administration settles into the White House, such opportunities for positive Russian-American interactions may be few and far between. Sakharov’s prescient call for cooperation among adversaries should not go unheeded.

Article
Nuclear Energy
Mexico and the Nuclear Summit: Can Peña Nieto Seize the Opportunity?
By Duncan Wood on March 31, 2016
Article
Energy
Five Things to Watch for in the Wake of Iran Nuclear Deal
By Aaron David Miller on July 14, 2015