The First Days of War

Putin's illegal invasion of Ukraine is difficult to understand and impossible to justify within the bounds of normal rationality. And yet it happened, with horrendous consequences, above all for Ukraine and its people. While it is too early to assess the long-term consequences of Russia’s aggression against Ukraine, the short-term ramifications are already evident.

First, similar to the equally illegal annexation of Crimea and occupation-by-proxy of areas in the Donetsk and Luhansk regions of Ukraine, Russia miscalculated the willingness of the Ukrainian leadership and people to resist. More importantly, perhaps, Putin underestimated the speed and strength of the West’s response in providing military assistance to Ukraine and imposing unprecedented sanctions on Putin, members of his inner circle and their families, and key economic and financial institutions in Russia. While China and India may not have openly sided with Western condemnation of Russia’s aggression, neither have they offered even lukewarm support for the war. This indicates that Russia finds itself internationally more widely isolated and unable to portray its clear violations of international law as a legitimate defense of the international order.

Second, Putin’s military strategy was one of blitzkrieg, intended to quickly overwhelm Ukraine’s defenses, take control of major population centers, and force the Ukrainian government to capitulate without much of a fight. Russian armed forces initially avoided causing civilian casualties and the destruction of civilian infrastructure. They used precision weapons, attacked primarily military targets, and stayed clear of urban combat, while urging Ukraine’s military to surrender (and overthrow the country’s democratically elected government) and city authorities to hand over control to the Russian invaders.

When this strategy failed to achieve its objectives, Putin began to escalate, using more destructive weapons more indiscriminately, resulting in more civilian casualties. This is all too reminiscent of the way in which events unfolded in 2014 and 2015 when Russia, after each agreement, from the Kyiv agreement in February 2014 to the Geneva agreement in April and finally to the Minsk I and II accords, escalated violence on the ground. The nonimplementation—and arguably the nonimplementability—of any of these agreements does not bode well for the possibility of a sustainable negotiated solution that could offer a way out of the current crisis. The complete lack of trust in Putin as a credible negotiator is further compounded by the fate of the 1994 Budapest Memorandum in which Russia committed itself to respecting the sovereignty, territorial integrity, and political independence of Ukraine.

With Ukrainians’ will to resist the invasion unbroken, Western unity and decisiveness intact, and the Russian military facing much more difficulty than anticipated in seizing its targets, and with the political objectives of the war out of reach, further escalation on Putin’s part is more likely than not. We are already witnessing fierce battles between the armies of the self-proclaimed people’s republics and the Ukrainian army in the Donbas. The city of Mariupol is now completely surrounded. Urban fighting in Mariupol, the industrial heart of eastern Ukraine, will lead not only to high numbers of civilian casualties and quite possibly the city’s physical destruction, similar to what happened to the village of Volnovakha, but also to an ecological catastrophe. Similar scenarios are also foreseeable in other major cities of Ukraine, both in the North near the Russian border and along the Ukrainian Black Sea coast, while a protracted battle for Kyiv also appears imminent.

As Putin appears to be doubling down on his gamble and faces determined Ukrainian resistance and an outpouring of support from the West in the form of military, political, and humanitarian aid to Ukraine, sanctions against Russia, and an unmistakable commitment to the principle of collective self-defense enshrined in NATO’s Article 5, it is very difficult to see credible exit strategies from the current dynamic of escalation.

Clearly, violence must be stopped as soon as possible. But for a ceasefire to be sustainable, there will need to be a strategy beyond simply a ceasefire that factors in the Kremlin’s broader goals, which are nothing short of a complete rewriting of the European (and international) security order. Standing firm with Ukraine against Putin’s adventurism is the only credible Western strategy to manage the current crisis and to prevent a tragic collapse of an international system built on the sovereign equality of all states with equal rights under this system and equal obligations to uphold and protect it. 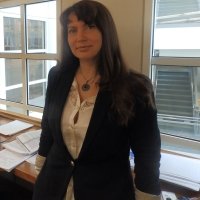 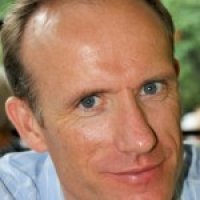