Here is a snapshot of the last issue of Flagged for the summer, our email newsletter looking at disinformation. We’ll be back in early September to flag the most important updates in news related to online disinformation.

A 13-month investigation that gathered and reviewed 1.3 million documents culminated in a heated, nearly six-hour-long hearing on “Online Platforms and Market Power” between lawmakers and Silicon Valley’s most powerful executives. Last week, Mark Zuckerberg of Facebook, Jeff Bezos of Amazon, Sundar Pichai of Google’s Alphabet, and Tim Cook of Apple appeared virtually before the House Judiciary Antitrust Subcommittee to respond to allegations of anti-competitive business practices.

The four executives represent four of the five most highly valued companies in the U.S. (Microsoft is not currently being investigated as part of the probe), and while the watershed Big Tech hearing drew comparisons to the legislative reckoning of Big Tobacco in the 1990s, digital platforms aren’t losing steam anytime soon⁠ -- the pandemic has only shown Americans’ increasing reliance on these tech giants.

Americans still have overwhelmingly favorable opinions of tech giants, even while holding the belief that Big Tech has too much power. The inquiry into their practices attempted to grapple with this dichotomy, as well as alleged anti-conservative bias, complicit behavior in foreign interference campaigns, and connections with Chinese government institutions. Overall, given the breadth of issues discussed, the hearing was less incisive than it might have been if it focused on a single platform or single issue at a time, underlying how deeply Big Tech’s influence permeates daily life.

Here’s what each executive discussed as they faced lawmakers:

The subcommittee focused on two areas of Facebook’s business practices:  its digital advertising and  acquisition of competitors. Lawmakers argued that Facebook’s unique access to users’ personal data -- from engagement metrics to detailed information about preferences, demographics, and interests -- gives the company a competitive advantage. Targeting advertisements with this data threatens not only antitrust regulations but also privacy rights and anti-discrimination practices. Zuckerberg downplayed Facebook’s dominance in advertising but failed to account for this critical asset.

Facebook’s past acquisitions also drew concern about competitiveness, namely the acquisitions of Instagram in 2012 and WhatsApp in 2014. In response to his own email naming Instagram as a “threat,” Zuckerberg argued that there was no guarantee at the time of acquisition that Instagram would become so popular, asserting that “the acquisition has done wildly well...because we invested heavily in building up the infrastructure.” However, Zuckerberg’s statement raised the question of whether Facebook can truly be competitive while also being a key enabler of success for social media start-ups.

Zuckerberg attempted to distract from discussion of Facebook’s acquisition practices by underlining a common adversary that Members mentioned throughout the hearing: China. Zuckerberg amplified anti-Chinese sentiments, arguing that if Facebook does not retain dominance, Chinese tech companies will. He highlighted the emergence of Chinese tech leaders over the last decade and suggested that breaking up tech companies would undermine U.S. leadership in the tech sector.

Zuckerberg also rejected responsibility for enabling foreign interference and hate speech, emphasizing Facebook as a place to share ideas and connect friends and family, and placed the onus on Congress to regulate Big Tech. Zuckerberg also claimed Facebook “...proactively identif[ies] 89% of the hate speech we take down before it is even seen by other people.” This statistic, however, is misleading, as it only cites “hate speech” that the company has identified.

Lawmakers asked Cook nearly just over half the number of questions directed to his counterparts, mostly regarding Apple’s management of its App Store. Lawmakers were quick to point out that Apple could at any moment decide to increase the 30% commission Apple charges app developers to put their content in the App Store, and push competitors out. Further, lawmakers and companies accused Apple of “pandemic profiteering;” as companies began to switch to virtual services at the start of the pandemic, Apple began to charge companies like Class Pass and Airbnb a 30% commission fee for sales.

These anti-competitive practices also played out in 2018, when Apple kicked several parental control apps off of the App Store. Cook defended the ban as a protection of kids’ privacy. However, shortly after removing the apps, Apple introduced its own competitor Screen Time, promoting the app directly to Apple product users who were upset with the removal of the other parental control apps. Six months later, Apple allowed the competitors back onto the App Store, but the damage to their businesses was done. Similarly, all payments on the App Store are processed through Apple’s own system, which Rep. Hank Johnson (D-GA) noted would provide Apple with the data they need to assess what competing apps could be lucrative. These examples demonstrate that Apple has the power to similarly identify and eliminate competitors in other fields.

In his first-ever appearance before Congress, Amazon CEO Jeff Bezos took the opportunity to introduce himself in his testimony. Bezos’ argument described Amazon as an economic engine for the U.S.: creating jobs, supporting small businesses, and earning American consumers’ trust.

Bezos seemed like the odd-man-out for part of the hearing, waiting for two hours before receiving any questions from lawmakers. The committee invited Bezos in May to testify after revelations from a Wall Street Journal investigation revealed that Amazon uses private third-party seller data to develop its own private-label AmazonBasics products. This disclosure contradicted assurances Amazon lawyer Nate Stutton made to Congress last year that this practice does not happen. The EU launched an investigation into the issue last month. When Rep. Pramila Jayapal (D-WA) of Seattle⁠ -- home to Amazon’s headquarters⁠ -- pressed Bezos on the issue, he did not deny the charge. Instead, he explained that Amazon has policies against using third-party seller data to decide which private-label products to make, but he could not guarantee the policy was not violated. He said an internal investigation is underway.

Other questions for Bezos revolved around Amazon’s treatment of third-party sellers and how it promotes its private-label products over third-party alternative products in their online marketplace. These topics are also under scrutiny in an investigation led by FTC regulators.

One important topic was not discussed at this hearing: not only is Amazon a large retailer, it is the world’s largest cloud computing provider. The FTC expanded its investigation from Amazon’s marketplace services to its cloud services late last year.

Sundar Pichai, CEO of Google’s parent company Alphabet, received the most scrutiny amongst the four executives and fended off criticism from both sides of the committee. Democrats zeroed in on user privacy and Google’s preeminence in online search, digital advertising, and smartphone software. Rep. Val Demings (D-FL) took aim at Google’s user privacy practices, specifically its 2016 decision to merge data from ad company DoubleClick, which it acquired in 2008, with Google account data. Demings characterized this decision as “effectively destroying anonymity on the internet.” In 2007, Alphabet’s founder Sergey Brin pledged to the Senate Judiciary Antitrust Committee that the company would not, and contractually could not, merge the personal data. Pichai confirmed to Demings that he signed off on the 2016 decision anyway when he became CEO in 2015.

Questions from Republicans strayed from topics of antitrust, and instead honed in on Google’s commitment to “American values.” They challenged Google’s decisions to not pursue defense contracts with the Pentagon⁠ -- including its drone strike advancement plan Project Maven and cloud computing deal Joint Enterprise Defense Infrastructure (JEDI) -- while continuing to pursue AI research in China and work on its censored search engine, Dragonfly (which Google terminated in 2019). They requested a commitment from Pichai that Google would not adopt “anti-police policies.”

In Case You Missed It

A snapshot of headlines and story updates from this week.

President Trump is expected to deliver an executive order to Chinese internet company ByteDance to sell off TikTok’s U.S. operations. This news comes after the U.S. Treasury Secretary Steve Mnuchin confirmed a CFIUS investigation into national security risk associated with TikTok. Secretary Mnuchin said the committee would issue a recommendation on the app this week to the president. While it remains to be seen if President Trump has the authority to order action from a foreign company, Microsoft is currently in negotiations with TikTok about a possible acquisition. This entire situation leads us to wonder: How will the U.S. government handle the next Chinese-owned app that goes viral in the U.S.?

Google will place further limits on deceptive ads before the November election on all its platforms, including Youtube, starting September 1st. Its ad policy now includes measures to weed out advertisers who attempt to hide their identity. Even more important are measures to prevent foreign entities from promoting ads that promote access to illegally obtained documents, including stolen campaign emails. As Congress continues to debate over how it will address foreign election interference, protection of electoral discourse falls to Big Tech. 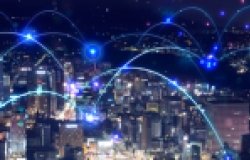