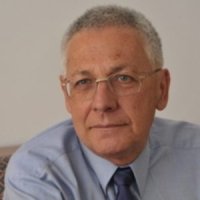 “I longed to humiliate the Soviet flag and raise my humble nation," Czechoslovak gymnast Věra Čáslavská said of her oft forgotten protests at the 1968 Olympic Games in Mexico City.

After winning three gold medals, Czechoslovak gymnast Věra Čáslavská had an unexpected loss, coming second to Natalia Kuchinskaya on the balance beam. She was competing in the 1968 Mexico Olympic Games and losing to a Russian was particularly galling as, two months earlier, Soviet-led forces invaded Czechoslovakia and snuffed out the Prague Spring.

In the previous three events, the Czechoslovak national anthem had been played, during which Věra stood proudly to attention, eyes brightly fixed to the flag. The loss meant that she would be forced to stand during the Soviet national anthem. And so, Věra decided it would be an opportune time to protest. But how? Might she turn her back when the Soviet flag was raised? Clenching her right hand by her side, she considered raising her fist, as Tommie Smith and John Carlos had done. Perhaps, she could give a “V” for victory salute. All these political gestures, she knew, were forbidden by the IOC and she would surely be punished. “I didn't want to lose the medal, our nation needed it,” she thought.

For the first eight months of 1968, Czechoslovaks enjoyed reforms based on the rubric of “socialism with a human face.” Never a fan of communism, for Věra the Prague Spring was liberating. After training, she joined her brother and his student friends in his Prague apartment where they talked politics, or her brother would pick up a guitar and sing anti-Soviet songs. And, of course, there was laughter. Much laughter.

Afterwards, as she walked home, she heard buskers singing Časy se mění (Bob Dylan’s The Times They Are A-changing) or overheard conversations in cafes as people freely debated what a democratic Czechoslovakia should look like.

The next morning, Věra would be back at training, as she was now at her peak and expected to do better than her last two Olympics appearances where she won a total of three gold and two silver medals.  Such was her fame at home, she was affectionately known by Czechoslovaks as simply Věra or Věruška; no surname was necessary.

Elsewhere in the communist bloc, the hardliners were horrified at what was happening in Czechoslovakia, and the Soviet Union and its Warsaw Pact allies threatened to invade. In response, Czechoslovak intellectuals and writers sponsored what would become known as the 2,000 Words manifesto, to show their government it had the support of the public to defy the Soviets.

Such was Věra’s popularity that the sponsors of the manifesto were keen to secure her support. After talking it over with her family, she signed.

As the Mexico Olympics approached, Věra and the rest of the gymnasts attended a training camp on the outskirts of Šumperk, 230 km east of Prague.

On 21 August, in the early hours of the morning, she was awoken by shouts of: “The Russians are invading! The Russians have invaded!” At first she thought it was a bad joke. That is, until she heard military jets roaring overhead.

As the sun came up, Věra jumped on a bicycle and peddled to the centre of town. Over the next few hours she and the townspeople tried to reason with the troops gathered outside the Hotel Grand. The support of such a famous athlete gave everyone heart.

After Věra returned to her hotel she heard over Radio Prague that Soviet Special Forces were arresting leaders of the Prague Spring. As a signatory of the 2,000 Words manifesto, she was worried she would be arrested.  And so she fled to an isolated cottage, 50 kilometres northeast of Šumperk, where she would be safe.

Ever the optimist and hoping that she would still be allowed to compete, she continued her training. With no apparatus, Věra improvised, turning the forest into her gym. She used a fallen tree log as a balance beam. A mossy meadow allowed her to work on her floor exercises. And she used strong low-hanging branches for parallel bars. To build her strength and keep her hands calloused, which she needed for the uneven bars, Věra shovelled coal.

After a few days in the forest, word came through that she would not be arrested and would be allowed to compete in the Olympics. When she arrived back in Prague, Věra saw that the city was empty of the brightness and passion that had marked the Prague Spring. The music had gone. So had the laughter. In the street, people’s faces were shrouded in the pallid colour of defeat.

On 12 October the Games of the XIX Olympiad were officially opened, and the 122-member Czechoslovak team entered the stadium, wearing dark blue jackets, and the women white cream Breton hats. They were greeted by clapping and chanting: “Cheko, Cheko, Cheko. Ra! Ra! Ra!” On the other hand when the Soviet team entered they were received with scattered jeers. “There was such enormous sympathy,” recalled Věra. “Everyone knew the Russians had occupied us.”

On 21 October the finals of the gymnastics competition started. It soon became evident that the contest for the most medals would be between Czechoslovakia and the Soviet Union.  For Věra, a loss to the USSR would have dealt yet another blow to her humiliated country, and with three gold medals she was well on the way to showing that at least on this occasion, Czechoslovakia would prevail.

Then came her first loss, and as the Soviet national anthem started to be played, in honour of Kuchinskaya’s victory, Věra quietly turned her head away from the flag and looked down. “I longed to humiliate the Soviet flag and raise my humble nation, at least for a moment.”

She protested again when she came equal first with Larisa Petrik in the floor exercises. After the Soviet anthem finished, the first bars of the Czechoslovak anthem followed. This time, the Soviet gymnasts turned their backs in a counter protest.

Compared with the reaction to Smith and Carlos’s protest, Věra’s protests barely caused a ripple. ABC’s Jim McKay remarked: “Now the Soviet anthem. And again she has turned her head to the right and down, just as she did at the last ceremony. This does not appear to be an accident.” He made no further comment, failing to recognise that it was a protest. Other journalists reporting the gymnastic competition also did not to report her protest.

While Smith and Carlos had been punished for disrespecting the Stars and Stripes, Věra’s ‘offences’ was surely greater, in that she had disrespected the flag of a foreign country.  Twice. It was perhaps because no photographs or reports of her protests appeared in the newspapers that allowed the IOC to ignore it, and she went unpunished. As the medals were presented by IOC members, they would have seen her protest up close, and it would have been remarkable if they did not appreciate their significance. Had the IOC expelled Věra from Mexico City, as they had with Smith and Carlos, they would have been universally condemned outside of the communist bloc and seen as appeasing the Soviets. Moreover, the IOC would have been seen as acting at odds with the peace ethos of the Olympic movement.

Together with the black power salute by Smith and Carlos, Věra’s protests deserve to be celebrated, yet they are largely forgotten.

Dr Harry Blutstein is a freelance journalist and author. His last book on the 1968 Olympics is "Games of Discontent" (McGill-Queen’s University Press).