Four Reasons Why Supporting Ukraine Is a Good Investment 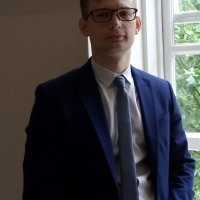 Certain voices in the U.S. political sphere have proposed reducing support to Ukraine and insist on auditing that support. Audits are appropriate for national budgets, but the real reasons for auditing aid to Ukraine should be based on factual information. The audit should also fully account for benefits not typically enumerated in the line items of a national budget, such as enhanced reputation and support for democracy. Especially an audit should not become a bargaining chip in political competition for leadership roles.

Although the notion of possibly reducing aid to Ukraine remains a hobby horse of a limited group of politicians and is unpopular with the American public, now is a good time to more clearly articulate the many different benefits the United States and its allies would be expected to reap from continuing to provide aid to Ukraine.

Is the Aid Provided Too Much?

To start, let’s get some clarity concerning the amount under discussion. According to the data made public by the Department of the Treasury and the Bureau of the Fiscal Service, U.S. government spending in 2022 reached about $6.27 trillion, of which national defense spending accounted for $767 billion, or about 12 percent. According to a recent research briefing on military assistance to Ukraine, published by the UK House of Commons Library, the largest line item was $18.6 billion spent on military assistance for Ukraine since February 2022, or about 2.5 percent of U.S. defense spending.

Insofar as a significant part of this figure represents funds absorbed by the military industry in the United States and its allies, the amount going directly to Ukraine is relatively minor, especially if one considers that regional security is in the United States’ interest in the face of growing uncertainty over the U.S.-China relationship.

Why Is U.S. Funding for Ukraine Important?

To avoid a global war. According to NATO’s new Strategic Concept, adopted during the Madrid summit in 2022, “the Russian Federation poses the most significant and direct threat to Allies’ security.” The United States is the most influential and powerful member of NATO and therefore has the primary responsibility for ensuring the Allies’ security through firm support for NATO.

Ukraine is now on the front lines of Russia's containment. Ukrainians are paying the highest price for this, in the lives of their people. If Ukraine failed to tackle Russia, the threat of Russian aggression would remain. Russian president Vladimir Putin has openly proclaimed the ideology of a return to a “historical Russia,” a concept that has roots in religious, linguistic, and historical dimensions of the areas of Eurasia that were once part of the Russian Empire and subsequently the Soviet Union.  Moreover, he has demanded that NATO reduce its activity in those countries he claims as part of “historical Russia,” including Estonia, Latvia, Lithuania, Poland, and Finland.

Absent this readjustment of NATO membership, and likely even if it were carried out, all Eastern Europe would be under constant direct military threat from Russia. Should the threat be realized, Article 5 of the NATO Treaty, which provides for the collective defense of any single member state, would have to be activated. This would mean U.S. participation in direct conflict with Russia and the deployment of a significant number of NATO troops in the region, which is not cheap. Washington inevitably would pay not just in money but in the lives of its citizens.

To strengthen the United States’ international position. It is not obvious to the American public, but the war in Ukraine has revealed the supremacy of the Western military industry, and the Western model of warfare, over what Russia can offer. This revelation could create benefits for the West in the global south, where Russia is in a more favorable position than elsewhere around the globe. Regional leaders and elites in the global south are now witnessing Russia’s lack of efficacy and have begun to question the capacity of Russia as a major military or trade partner. In addition, the image of strong military power is often sufficient to successfully negotiate deals that could increase the security of the United States and benefit the country’s coffers.

Success in Ukraine would have numerous positive ramifications the world over. Trust is one of the main values supporting the economic dominance of the United States. Trust attracts ambitious and well-educated people from all parts of the world. Trust brings new contacts and trade and political partners.

To improve the image of the United States. Over the past thirty years the United States has participated in numerous military conflicts, some of which Americans have found highly controversial. The U.S.-led operations in Iraq and Afghanistan still provoke debate, and not just in the United States. The Russian-Ukrainian conflict is a rare example of a “just war” with respect to the Ukrainian position, and one the American public can support without much soul-searching. Even as Ukraine plays up its status as the underdog in a war it did not seek, the country openly declares its commitment to the values of a democratic society, contrary to Russia, which openly imposes the most terrible authoritarian practices on its society and its army.

The Russian war has provoked considerable violence. The brutal invasion with its cruelty, atrocities, and military crimes has shocked Ukrainian society. Some Ukrainian soldiers can be cruel toward the enemy, but no one among the Ukrainian state authorities or wartime leadership has denounced liberal values or tried to justify cruelty and brutality. This stands in stark contrast to Russian troops being evidently publicly proud of committing atrocities and human rights violations. Not only do the invading forces and their chiefs not deny crimes, the Kremlin openly rejects labeling their crimes as crimes and rejects any value system that respects human rights during wartime.

As an example, LGBTQ soldiers in the Ukrainian army can live openly despite some prejudices that still exist in the society. In Russia, however, each and every LGBTQ person who lives openly could come under investigation because of the “gay propaganda” laws. The opposition and even ordinary people who dare to criticize the Russian government for invading Ukraine may face arrest and torture for discrediting the army; some have even been raped. The United States’ support for Ukraine could restore its reputation as a real protector of freedom and human rights across the globe because Ukraine represents these values in this region.

The United States Benefits from Spending on Ukraine

U.S. spending on Ukraine is not just military spending. Russia has destroyed the economy and infrastructure of Ukraine, and help in nonmilitary spheres will eventually exceed military aid in importance. The Kiel Institute for the World Economy has calculated that between January 24 and November 20, 2022, EU countries and institutions sent “nearly 52 billion euros in military, financial and humanitarian assistance.” At the same time, “the commitments made by the U.S. add up to just under 48 billion euros.” It is an unprecedented amount of support, but the stakes are unprecedentedly high.

It looks as though the EU will eventually take on greater responsibility for its own security while still relying on its partnership with the United States as the leader of the democratic world. NATO and its allies are exhibiting an unprecedented unity. Success in Ukraine could lead to a renascence of the mood for change in the world system that had such powerful effects in the 1990s and could strengthen the solid leadership of the United States after some decades of uncertainty. The United States and the whole Western world may not just become economic and political leaders but also win the battle for the hearts and minds of millions in countries increasingly skeptical about “Western values” (and cynical about U.S. intentions in particular) in the twenty-first century. A new version of Francis Fukuyama’s The End of History and the Last Man may yet be written.