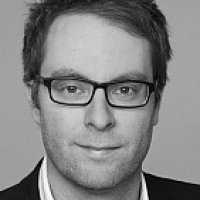 Between October 2017 and February 2018, a competition was held that received little attention outside Russia. Almost 200,000 applicants—90 percent of whom were not part of public administration—competed over several rounds for the title of (future) “Leaders of Russia.” The prize? A top job in the civil service or a state corporation. The finals were held in Sochi at the Sirius Education Center for Gifted Children, headed by Elena Shmeleva, who was one of the three cochairpersons of Vladimir Putin’s election campaign. And indeed, roughly sixty finalists were given jobs in ministries and other government institutions.

It is tempting to dismiss the competition as yet another Potemkin village designed to embellish Putin’s rather uninspired presidential election campaign. But there seems to be more to it than that. The event was organized by the deputy head of the presidential administration, Sergei Kirienko, and the Presidential Academy of the National Economy and Public Administration (RANEPA). Kirienko’s interest in personnel management is long-standing. Back in 2000, when he was the presidential representative in the Volga Federal District, Kirienko’s hobbyhorse had been a recruitment policy known as the “golden cadre reserve.” Several younger bureaucrats, such as Minister of the Economy Maksim Oreshkin, thirty-five, or Kaliningrad governor Anton Alikhanov, thirty-one, seemed to have been genuinely enthusiastic about boosting vertical upward mobility, unlike some of the other top officials among the sixty-four mentors of the program. Also, the unprecedented number of applicants from all over Russia somewhat belies the common assertion that there was a dearth of talent that could be tapped.

The composition of the new Russian government, appointed on May 18 by President Putin, however, clearly demonstrated a victory of a game of musical chairs over vertical mobility. Indeed, changes occurred among slightly fewer than 50 percent of all cabinet positions, comparable in scale to the changes made during the transition from Putin’s first to second presidential term, when about half the ministers in Prime Minister Mikhail Fradkov’s 2004 government had already served in Prime Minister Kasyanov’s 2000–2004 government. Yet in fact, the new government of Dmitry Medvedev, whose reappointment had been widely anticipated, has actually become older by more than four years on average. In 2012, Medvedev’s government had an average age of 47.17 years, whereas with the 2018 elections, the average age jumped to 51.27 years. This is consistent with broader trends among the Russian political elite, including governors, the presidential administration, and the Federal Assembly. Among the ten deputy prime ministers, the career of really only one of the five newly appointed deputy PMs can be considered a clear case of upward mobility, Maksim Akimov’s. Akimov, who is responsible mainly for civil service and digital technologies, built his career in the rather progressive Kaluga region. Most of the others have held cabinet  positions at least since the mid-2000s, most notably Tatyana Golikova (minister of health from 2007 to 2012) and Aleksei Gordeev (minister of agriculture from 1999 to 2009). Among the nine newly appointed ministers, the situation looks slightly better: three are former governors (a common pattern of promotion in the past) and four others come from the secondary and tertiary layers of the civil service and were promoted to cabinet positions as part of a more or less systematic cadre management system.

One of the most remarkable features of the new government is what analyst Nikolay Petrov has called the rise of the “school of MinFin,” the Ministry of Finance. This ministry includes two deputy ministers and three ministers with a background in the most meritocratic structure of Russia’s government.

The incumbent minister of finance, Anton Siluanov, was promoted to first deputy prime minister, which made him, according to Sergey Aleksashenko, the most powerful Minister of Finance since the legendary Yegor Gaidar in 1991–1992. fiscal experts should not be understood as a team with a common mission, but the preference for nitpickers clearly demonstrates that the main goal of the government is not so much reform as it is the minimization of political and economic risks in a situation of tight resources and a foreign policy environment that places additional strain on the state budget. This fiscal profile has been further strengthened with the appointment of former minister of finance Aleksey Kudrin as the new chairman of the Audit Chamber. In the run-up to Putin’s presidential inauguration, rumors had been circulating that Kudrin might be appointed to a leading position in government (such as deputy prime minister) or in the presidential administration. Kudrin’s new role appears to be further evidence that the function of the new government in the next presidential term will be confined to fiscal management rather than any kind of reformist endeavor.

Structural changes to the distribution of administrative functions among the ministries were also kept to a minimum. Most notably, the number of deputy ministers was increased by one; the previous Ministry of Education was split up into two ministries, one responsible for research, the other for education; and the position of minister for open government (without portfolio) was abolished altogether.

The University of Chicago’s Konstantin Sonin gave the previous government’s performance a grade of 4+ (on a scale of 1 to 5, where 5 is the best grade). Judging by the minor fine-tuning of both personnel and institutional features of the government, one can assume that President Putin’s overall assessment did not differ much. Moreover, among those deputy prime ministers and ministers who left government, so far none of them has been punished in an especially ostentatious manner by the president that would allow observers to draw conclusions about perceived excessive mismanagement or rent-seeking in their policy domains. Deputy Prime Minister Dmitry Rogozin, for instance, was dismissed from his post as head of the Russian defense and aerospace industry only to be appointed the new head of Roscosmos, the agency responsible for the Russian space program. He won this new post even though he had drawn significant criticism both from industry specialists and from the wider public.

Overall, both the makeup of the government and the appointment process seem to confirm that the government’s main purpose is to minimize political and economic risks and to guarantee macroeconomic stability. In terms of policy, the main strategic goals for the period between 2018 and 2024 were set in a presidential decree of May 7, in line with a series of other “developmental” May decrees issued at the beginning of Putin’s previous term in 2012. The overarching goal is described as a making a “breakthrough in scientific-technological and socioeconomic development.” At the recent St. Petersburg Economic Forum, Aleksey Kudrin compared the new cabinet to a crouching tiger preparing for a big leap forward to achieve the ambitious goals set down by the president. According to Kudrin, since his time as minister of finance in the early 2000s, the intra-executive roles have been reversed: back then, the government declared more ambitious goals, which were then reined in by the president. Nevertheless, intra-executive relations in the Russian presidential system are still best described in terms of principal-agent relations whereby the president articulates wide-ranging goals and implementation is delegated in large part to the federal government and regional administrations.

The thrust of the top-down strategic planning to some degree resembles Soviet-era five-year plans, according to Vladimir Gelman. It has led to what Stephen Fortescue calls “policy irresponsibility”: coexistence of a multitude of strategic documents on both the federal and the regional levels that promulgate exceedingly ambitious and compulsory goals that are often mutually contradictory and underfunded. Former deputy prime minister Arkady Dvorkovich once complained that 70 percent of his time was spent solving coordination impasses among the ministries in his sphere of responsibility. While goals are set globally, implementation is done within the organs of the executive branch, which form vertical silos or wells (kolodtsy). In these kolodtsy, blame trickles down to the departmental or even regional level and spreads between ministries and other federal agencies, hampering implementation.

Kudrin and his colleagues from the Center for Strategic Research are well aware of these issues. In one CSR paper from late 2016, analysts found that the programs outlined in previous key strategic documents, such as Strategy 2010 or Strategy 2020, had been just 30–40 percent implemented. Under electoral authoritarianism, strategic documents thus are not so much about achieving the goals stipulated in the documents as they are about formalizing vertical monitoring and mechanisms of control. If taken seriously, seemingly meritocratic competitions such as “Leaders of Russia” would actually undermine this form of bureaucratic control. Therefore, with the victory of the cohort of “mentors” within the new Medvedev government, continued crouching in the status quo seems to be the main implicit goal for the “Russian tiger.”

This article first appeared on Riddle. It has been edited lightly here for style.