Gender Equality After the Revolution of Dignity: How is Ukraine Doing? 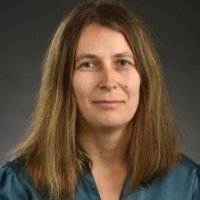 By Olena Nikolayenko on February 4, 2020

Gender equality in Ukraine remains an aspirational goal of the 2013–2014 Revolution of Dignity. Though legal strides have been made to promote representation in legislative bodies, social norms proved difficult to change.

Gender equality in Ukraine remains an aspirational goal of the 2013–2014 Revolution of Dignity. Though legal strides have been made to promote representation in legislative bodies, social norms proved difficult to change. President Volodymyr Zelenskyy inadvertently underscored the problem in his tone-deaf remarks on an official visit to France, claiming that Ukraine's beautiful women were a part of the country's brand. Such comments brought a swift backlash on social media and prompted a group of Ukrainian women to launch a rebuttal-plus-education campaign on Twitter using the hashtags #Iamnotyourtourismbrand (#янетуристичнийбренд) and #Iamnotyourbrand (#янебренд).

Women's participation in the Revolution of Dignity appeared to presage a sea change in gender norms. It is estimated that women made up nearly half of participants in protest rallies in early December 2013. Over the course of the revolution, women spearheaded such initiatives as SOS Maidan, Night Guard, and People’s Hospital and performed a variety of critical tasks, including launching crowdfunding campaigns, providing legal services pro bono, delivering food, and providing first aid. Despite their front-line prominence and advocacy for gender equality, however, women have remained hobbled by unfavorable gender norms and practices in the six years since the revolution, even as Ukraine has undergone momentous changes in government and foreign alignment.

There are a few bright spots, mostly resulting from legislation and a focused effort to see women in positions of authority. The 2015 Law on Local Elections, requiring a minimum 30 percent female representation on party lists of candidates, opened the door to greater women's representation in regional and national government. The percentage of women in the national parliament doubled from 10 percent in 2012 to 20.5 percent in 2019, though Ukraine still lags behind neighboring Poland in terms of women’s representation in the national parliament. During the administrations of Petro Poroshenko (2014–2019) and Volodymyr Zelenskyy (2019–present), there has been a slight increase in the number of women in high-level ministerial positions, including minister of education and science, minister of health, vice-prime-minister for European and Euro-Atlantic integration of Ukraine, chair of the National Bank of Ukraine, and minister of finance. But cultural norms die hard: women in politics continue to be targeted with sexist comments by their male colleagues.

Indifferent progress in other domains underscores the need for more systematic action. Women did not see a dramatic improvement in their economic standing in the aftermath of the revolution. In particular, the gender pay gap has not narrowed since the Maidan. According to official statistics, average monthly wages in 2012 were Hr 2,661 for women and Hr 3,429 for men, meaning that women earned 22.4 percent less than men. By the end of 2018, nominal wages had increased, but the gender pay gap remained stable: women still earned 77.6 percent of what men earned in 2018 (Hr 7,831 vs. Hr 10,084). Occupational segregation and gender discrimination in the workplace contribute to the persistence of wage discrepancies, a situation that both government agencies and the private sector have been slow to address.

In the face of sluggish government action, women have taken matters into their own hands. Creative Women Space, the first women’s co-working space, opened its doors in Kyiv in April 2018. Creative Women Space, for example, hosted meetings with women leaders in science, technology, engineering and mathematics (STEM) to foster women's advancement in STEM fields. In July 2019, the organization held a meeting with Kateryna Levchenko, the first holder of the newly created post of government commissioner for gender policy in Ukraine.

Advancement of gender equality requires a comprehensive approach. To start, the Ukrainian government should address violence against women more systematically, with robust policies. Sixty-seven percent of 18- to 74-year-old women polled nationwide in 2018 reported that they had experienced psychological, physical, or sexual violence since the age of 15. Women whose partner had fought in an armed conflict were found to be at a higher risk of experiencing domestic violence—an important factor to consider in policymaking as the war in eastern Ukraine drags on and fighters return from the combat zone. The adoption of the 2017 Law against Domestic Violence is a step toward tackling the issue. Another decree, which comes into effect in 2021, requires the government to fund the creation and maintenance of shelters for victims of domestic violence. To date, however, the Verkhovna Rada has failed to ratify the Istanbul Convention on preventing and combating domestic violence and violence against women.

The most important step the Ukrainian government can take to address these complex issues is to design and implement a well-funded, comprehensive national program aimed at the cultivation of social norms in support of gender equality. The results of the July 2018 National Survey on Equality between Men and Women revealed, not unexpectedly, the persistence of gender stereotypes in Ukrainian society. When asked whether women, men, or both equally should be responsible for the performance of certain tasks, more than half of respondents agreed that women should be primarily responsible for cooking and cleaning for the household, while only 2 percent agreed that women should be primarily responsible for pursuing a career. But women did not retreat into the private sphere in the wake of the revolution. As the survey results highlight, it is not just structural barriers to career advancement but also dominant gender norms that must change. And, in the face of relative inaction on the part of the government and the private sector, it will be up to ordinary citizens to drive these changes.