This is the first in a series of three articles examining generational divides in wartime Ukraine. Read parts two and three.

The war in Ukraine has already claimed thousands of military and civilian lives. Its prosecution and impacts affect age groups differently. Most combat is carried out by men ages 18–40. Among refugees from Ukraine, three quarters are under 45 years old, while 28 percent of these are under 30. Those civilians most affected by the war are older, unwilling or unable to move from the combat zones.

Like other post-Soviet states, Ukraine was experiencing a significant generational divide on key political questions before the start of the war. How has the current war and its burdens affected Ukrainian attitudes? Here we examine front-line wartime identification with Ukraine, Russia, Europe, and the Soviet past.

We organized a face-to-face survey of over 1,800 Ukrainians, half of whom were local residents and half of whom were internally displaced persons (IDPs), across three towns close to the regions where active fighting is taking place: Dnipro, Zaporizhzhia, and Poltava. The Kyiv International Institute of Sociology administered the survey in July 2022. Local residents were surveyed using a random selection of electoral precincts and IDPs by location sampling.

Across age groups, identification with the Ukrainian nation differed less in declaration than in meaning. Ninety-two percent of respondents age 44 and younger and 84 percent of older respondents identified with the Ukrainian nation. While respondents in most age groups identified as citizens of Ukraine first and foremost (around 67 percent across groups), those in the young generation (age 29 and younger) were somewhat more inclined to view Ukraine as the homeland of ethnic Ukrainians (14 percent vs. 6 percent among people age 30 and over), whereas more older people viewed Ukraine as homeland of many different ethnic groups (30 percent of respondents age 45 and older vs. 17 percent of younger respondents).

Identifying as European and Not with Russia

As we expected, older generations still feel more connections to Russian culture and the Soviet legacy. However, a clear majority of respondents independent of age identified as European. An overwhelming majority of respondents of all ages strongly identify with the Ukrainian nation and see their nation as a state for all citizens.

This text is based on research supported by the US National Science Foundation (award number 2226741). 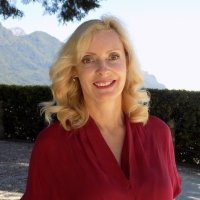 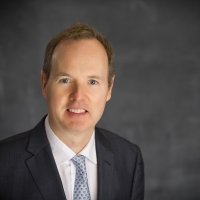