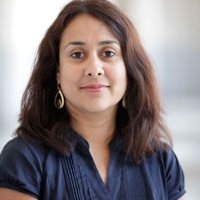 The garment sector around the world is an “industry full of contradictions” as I argue in my new book, Made in Bangladesh, Cambodia, and Sri Lanka: The Labor Behind the Global Garments and Textiles Industries.

This is particularly true for women who, on the one hand have increased opportunities for economic autonomy and improved livelihoods as a result of their employment the industry, but on the other hand, face the brunt of abuse perpetrated by managers and are subject to poor and often dangerous conditions in many of the factories in which they work. The dynamic between the primarily male middle managers and female garment workers often recreates the same patriarchal structure found in many family settings and within the larger society. And factory level labor unions in many parts of Asia, which are commonly thought to be the main method of representing workers’ concerns, are also often male dominated, hierarchical and do not represent the women workers they claim to advocate for.

This is why then, despite what we hear about Bangladesh, the story of the garment sector is a more hopeful one. While changes taking place in the industry are slow and incremental, these changes have been initiated and sustained by labor groups, many of them led by women. Garment federations in Bangladesh, made up of not only registered unions, but women’s organizations, NGOs, and development organizations, have women workers not only as members, but in leadership roles. In my book, I note that for example, “…the Awaj Foundation (established in 2005), has played an important role in advocating for worker’s rights and serving as a liaison between workers and factory owners and between workers and the government” (p. 110). The Awaj Foundation was started by Nasma Akter who herself worked in the garment sector for more than twenty-five years. She has argued that, “If the factory closes down, the hardship ultimately falls on the workers…The welfare of millions of female workers and he development of our country depend on the health of the garment sector” (p. 110).

Another example is The Bangladesh Independent Garment-Workers’ Union Federation (BIGUF) which was formed in 1994 by female garment workers (the current president is Nomita Nath) and the union leaders are actual garment sector workers, not professional trade union leaders who have never worked in a garment factory. Federations like these have been able to straddle between informal representation and organizing and representing the interests of labor through formal policy channels. Garment worker federations were significant in pushing for the wage increases in Bangladesh’s industry in both 2010 and 2014:

Again, the wage issue had not been addressed for over a decade, but this was not because labor had not been vocal or visible during that time through strikes and demonstrations. The difference lay in labor’s changed role in the policy coalition and the influence it was able to wield vis-à-vis the state…I contend that through a formal communication channel-namely, garment-workers’ federations- labor successfully moved from the periphery to the core on this policy issue (p. 152).

In contrast, in both Cambodia and Sri Lanka, countries known for their improved labor rights and decent factory conditions through the ILO’s Better Factories Cambodia program and the Garments Without Guilt Campaign, there are few significant channels of representation for labor in general, and certainly for women workers in particular. In Cambodia, while there are a large number of unions in each factory, “…there is often a great deal of infighting and little in the way of actual organizing. In addition, union leadership tends to be very male dominated and to demonstrate little regard for women’s work-force concerns” (p. 129). And while there are several unions in each factory, workers do not feel that they have a voice or that their interests are represented. They do not have a meaningful say in national level policy making and actually the proliferation of unions has contributed to a lack of constructive dialogue between the private sector and the government, as well as competition between unions making them less effective.

In Sri Lanka, the Free Trade Zone Worker’s Union (FTZWU) was formed in 1999 and close to 90% of the membership and most of the officeholders are women. Though the FTZWU does work on issues like low wages, health and safety concerns, and sexual harassment they have not been a significant player in policy circles because generally in Sri Lanka, there is a very strong antiunion attitude and atmosphere; as the leader of the FTZWU stated in an interview: “trade unions are not considered partners [in Sri Lanka]” (p. 123). Instead of unions or federations, at the factory level, joint consultative councils (JCCs) and suggestion boxes have been set up for workers to articulate their interests. However, workers and activists agree that neither of these are a substitute for other meaningful forms of representation of labor concerns, while some factory owners as well as government officials see both of these mechanisms as ways to justify limiting further bargaining and representation. For example, a factory owner stated in an interview, “[We] don’t need collective bargaining…there is regular dialogue [with the workers] and suggestion boxes, [so] there is a mechanism that is put in place” (p. 125).

Thus, it is clear that improved working conditions do not necessarily always translate into an empowered workforce, especially one where women workers are able to take the lead. Before we support programs and policies that advocate for simply increasing the number of registered unions as a way to improve labor rights, we must look at the larger context and determine whether this will truly give workers, especially female workers, a voice. Much of the change that needs to take place will happen from within these countries and top-down programs with conditions attached by the Global north will not make these changes sustainable in the long run. We should continue to support the various productive labor movements that are already taking place and work to make them influential and effective players in the transformation of the garment industry.

Dr. Sanchita Saxena is the Executive Director of the Institute for South Asia Studies (ISAS) and the Director of the Chowdhury Center for Bangladesh Studies at University of California at Berkeley. She's currently a Public Policy Scholar at The Woodrow Wilson International Center for Scholars in Washington, DC.

Photo of women in the Cambodian garment industry courtesy of the UN News Centre.