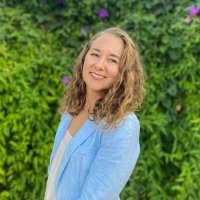 Less than two months before Brazil’s most consequential presidential election in decades, the country is suffering the effects of a turbulent global economy, including high inflation, and there are widespread concerns about democratic backsliding amid attacks on the country’s electoral system by President Jair Bolsonaro and his allies. But for many Brazilians, the most urgent debate is about how to reverse years of declining prosperity and narrowing opportunity across this vast country. That challenge will be immense for the next president, who will also need to restore democratic norms and navigate the global economic dramas.

Food insecurity in Brazil is perhaps the most compelling example. Once hailed globally for its success combatting hunger, Brazil is facing a food crisis. A December 2020 study found that roughly half of the country’s 213.6 million inhabitants do not always have enough to eat. The number of Brazilians facing severe food insecurity nearly doubled between 2018 and 2020, to 19.1 million, or almost 10% of the population, the same level as nearly two decades ago.

Once hailed globally for its success combating hunger, Brazil is facing a food crisis.”

But a brutal recession that began in 2015 tested the durability of these gains, as did the impeachment in 2016 of Lula’s hand-picked successor, Dilma Rousseff. Brazil’s next leader, former Vice President Michel Temer, instituted a spending cap on social services that sharply reduced the budget for anti-hunger programs. Bolsonaro sustained those cuts, and eliminated the National Council for Food and Nutritional Security, an outside advisory board that formulated food security policy recommendations.

The number of Brazilians facing severe food insecurity nearly doubled between 2018 and 2020.”

COVID-19 exacerbated the challenge of feeding all Brazilians. Researchers estimate that the number of Brazilians experiencing hunger increased from 19.1 million to 33.1 million, or roughly 15.5 percent of the population, from late 2020 to early this year. A disproportionate number of households suffering from food insecurity are headed by Afro-Brazilian women in the North and Northeast, Lula’s traditional stronghold.

Given the severity of the problem and the country’s worrisome trajectory, the issue of food security has become an important campaign topic, even amid high inflation and acute fears about the health of Brazil’s democracy. Lula repeatedly highlights his successes as president in reducing hunger and has prioritized the food crisis in his campaign platform. For his part, Bolsonaro ditched Lula’s Bolsa Família, but he replaced it with Auxílio Brasil, a similar cash transfer program that offers larger payments. In the run-up to the election, those payments will increase by an additional 50 percent, despite fears about Brazil’s growing debt.

Given the severity of the problem and the country’s worrisome trajectory, the issue of food security has become an important campaign topic.”

Bolsonaro’s eagerness to increase cash payments to poor Brazilians reflects the political salience of hunger – and the president’s desperation to siphon votes from Lula’s base. But to make meaningful progress, Brazil’s next government will need to assure sustained attention and investment for food security. For now, Bolsonaro’s increased Auxílio Brasil payouts are scheduled to phase out by the end of the year, and a potential extension will be an important decision following the election.