How Europe Is Changed by Russia’s War on Ukraine: Three Experts

Even though Russia’s war on Ukraine started only two months ago, it has tremendously changed both countries, their states, societies, and cultures. The war is also changing Europe at large. How would you assess this change? What are the new European political, economic, and social processes stemming from this war?

Daniela Irrera, Associate Professor, University of Catania, and Professor of Political Violence and Terrorism at the OSCE Academy, Bishkek
European countries are mostly focusing on the immediate military escalation and struggling with the question of whether weapons should be provided to the Ukrainian army. However, the war has already produced several changes in the approach that Europe has heretofore developed with respect to security and defense.

The most important lesson the EU is learning is that relations with Russia should be reshaped and that the various sources of instability in the global system cannot be endured much longer. Russia has played a burdensome role until today, one that has affected regional security in various areas, from Nagorno-Karabakh to Syria, and is manifested in its control over what it considers its area of influence, from Belarus to Central Asia. It is clear that such a dominant role is not compatible with a stable order and that a new way to deal with it should be identified.

At the same time, the war has served as a reminder that the energy suppliers are in areas of the world where democracy is not the dominant political mode and where the security culture is mainly based on self-defense and militarism.

Addressing all these issues is necessary to rebuild the political balance in Russia’s area of influence in parallel with the reshaping of European and global energy and gas dependency. There will be economic, political, and social costs, which the European powers should be prepared to pay.

Daniela Irrera is associate professor of International Relations at the University of Catania, Italy, and Professor of Political Violence and Terrorism at the OSCE Academy, Bishkek. She is member of the ECPR executive committee and chair of the ECPR Working Group on Academic Freedom. She is editor-in-chief of International and Political Studies, a journal edited by the Odesa National University.

Michael Emerson, Associate Senior Research Fellow, Centre for European Policy Studies (CEPS)
The EU has become a military party to a proxy war in support of Ukraine against Russia, funding €1.45 billion in military supplies by its member states. In doing so the EU has made use of an existing but largely unused legal basis for such action. But activation of the legal provision in this case marks a qualitative change from formalistic tokenism to significant military action against Russia, a step that until now was viewed as inconceivable.

The EU has welcomed over four million Ukrainian refugees, who have entered the EU without going through the usual formalities. This has led to the first activation of an existing directive for bypassing asylum procedures and for providing the legal rights of protection across all member states for refugees to reside, work, and access public education, health care, and social services (including income maintenance). While many will return home, many others will remain. And while there are also voices complaining that granting such protections to Ukrainian refugees is a form of positive discrimination compared to the treatment of refugees from Africa and Asia, the spontaneous societal response has been to view the Ukrainians as family members.

People in the EU and UK now perceive Putin as a diabolical dictator, increasingly comparable to Hitler, and the voices of the formerly significant Versteher (“Understander”) camp are fading into the background as a small minority in disrepute.

Ukraine, Moldova, and Georgia have all in rapid succession submitted EU membership applications. The EU has responded by inviting the European Commission to prepare Opinions on all three applications, which in this case is more than a conventional bureaucratic step. It is a sign of recognition that they may be considered candidate states, thus breaking through the impasse over their previously frustrated European integration ambitions. Also, Finland and Sweden seem to be on the brink of applying for NATO membership, perfectly illustrating how Putin got it wrong.

For the time being, the alliance with President Biden's United States is working very well. But with apprehensions over possible Republican gains in the November midterm elections and even the prospect of a return of Trump to the White House, Europeans ponder how to consolidate the EU's strengthening role (right now in relation to Ukraine, but on the heels of important collective actions taken during the COVID pandemic and in adopting climate policies). Here many now look to the reelected Macron to be making proposals in the period ahead.

A common thread of the above is that the EU possesses a legal and institutional infrastructure that can be readily drawn on when paramount needs arise, and when this happens, the broader European integration process ratchets up further advances, no longer blocked by a dissenting UK. (This is the only known benefit of Brexit, to which one should add that the UK has autonomously and quite impressively provided military support to Ukraine.)

Michael Sohlman, former chair of the Stockholm Institute of Transition Economics (SITE) and the Swedish Institute of International Affairs (UI)
The Russian war of annihilation against Ukraine has radically transformed the EU and the transatlantic world into a state of partial mobilization. This change is most obviously symbolized by the sudden revision of Germany’s longstanding policies toward Russia, and with regard to various member states’ weapons exports and energy embargo plans. But the mobilization also covers the defense of democracy and freedom. Culture wars will recede in importance when our safety and fundamental values are under attack. The increase in military spending will enhance the role of the military in the minds of people.

The political spectrum will tilt to the center and squeeze the fringes.The revival of Keynesianism will be further strengthened by the military expenditures and the necessary postwar reconstruction of Ukraine. The eurozone’s fiscal regime, already suspended during the pandemic, will need more flexibility. The increases in demand will strengthen the bargaining power of labor, and might also mitigate the underlying tensions within the eurozone.

EU integration will increasingly take the form of intergovernmental cooperation and alliances of the willing. Foreign policy and R&D efforts, for example, should include such important countries as the UK and Switzerland. 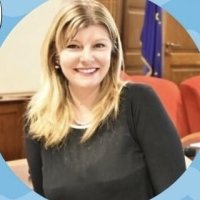 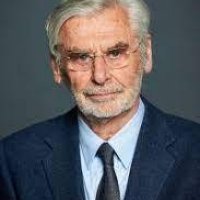 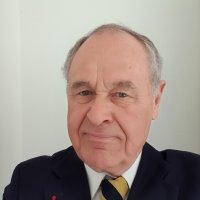