Hurting the Feelings of the Chinese People 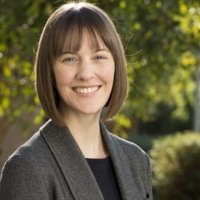 The origins, first use, and logic of that peculiar Chinese foreign policy phrase.

Kissinger Institute on China and the United States
Cold WarAsia

The origins, first use, and logic of that peculiar Chinese foreign policy phrase

"Mr. Ishibashi may also have known that after Mr. Kishi Nobusuke came to office, our concerns have been piling up. Mr. Kishi also verbally promised to do trade with China and establish some relations. But in fact, he did many things that hurt the feelings of the Chinese people…." – Liao Chengzhi, September 12, 1959

Around the time of the 2008 Beijing Olympics, the phrase was used so frequently that it prompted a wave of blog posts and articles by Western and Chinese commentators trying to better understand why—and under what circumstances—the Chinese people’s feelings could become so hurt.

By one count, the Chinese blogger Fang Kecheng found that, since its inception, the People’s Daily has used the phrase in reference to 19 different countries and organizations, ranging from the United States to the Nobel Committee and to the North Atlantic Treaty Organization. Of all the countries and organizations that had “hurt the feelings of the Chinese people,” Fang found that it was Japan that stood out as the worst offender. Beginning in September 1985, when an article criticized a visit by Japanese Cabinet Ministers to the Yasukuni Shrine, the People’s Daily had singled out Japan for “hurting the Chinese people’s feelings” on 47 separate occasions.

But the phrase “to hurt the feelings of the Chinese people” is not a recent invention. Newly declassified Chinese archival records from 1959 now reveal what appears to be the first usage of the phrase by the Chinese Communist Party.

I undertook extensive research in the Chinese Foreign Ministry Archives for my book, China-Japan Relations after World War Two, which provides a comprehensive account of CCP ideas about Japan in the wake of World War II, and the post-WWII rebuilding of China-Japan economic ties. When undertaking this research I discovered that, on September 12, 1959, the phrase was uttered by a Chinese Foreign Ministry official during a meeting with an important visitor from Japan. At 7:30 in the morning on September 12, China’s leading Japan-hand, Liao Chengzhi (廖承志), told former Japanese Prime Minister Ishibashi Tanzan (石橋湛山), that the current Japanese Prime Minister, Kishi Nobusuke (岸信介), had done “many things that hurt the feelings of the Chinese people.”

How Kishi Nobusuke Hurt the Feelings of the Chinese People

Ishibashi Tanzan travelled to Japan at a frosty moment in the post-war China-Japan relationship.

Since the end of World War II, Japan and China had begun to gradually rebuild their relationship, using unofficial trade agreements and pre-war economic networks in place of formal diplomatic ties. The unofficial relationship with China was always a somewhat uncomfortable one for Japan: as a US ally, Japan did not officially recognise the PRC as the legitimate government of China. Nevertheless, successive post-war Japanese prime minsters had endeavoured to protect Japan’s fledgling ties with China because they understood the importance of the China trade relationship for Japan, and believed that the US and China would eventually normalize diplomatic relations.

That all changed when Kishi Nobusuke came to power as prime minister of Japan in 1957. During his three years in office, Kishi bowed to pressure from the Republic of China on Taiwan to limit Japan’s economic ties with Mainland China, and revised the US-Japan alliance in ways that alarmed Beijing. In May 1958, following an incident in which Kishi failed to reprimand a group of Japanese youths who had defaced a Chinese flag in the city of Nagasaki, the Chinese Foreign Ministry announced that it was punishing Japan by suspending all bilateral trade.

Ishibashi Tanzan’s trip to Beijing was an attempt to initiate a “breakthrough” between the two countries. In his meeting with Liao Chengzhi, Ishibashi tried unsuccessfully to justify Kishi’s position, stating that “Kishi Nobusuke just has a liking for flattering people. When he is in the United States, he flatters America. When he is in Taiwan, he flatters Taiwan, and that is all. He did not say anything hostile to China in Japan. Therefore, there is no good reason to think that he is being antagonistic to China.”

Unsurprisingly, this explanation did little to persuade Liao, who complained about the many occasions on which Kishi had denounced China during his visits to Taiwan, Southeast Asia and the United States, and in his speeches at the United Nations. Although Liao acknowledged that it was “inconvenient” for China to break economic ties with Japan, he stated that “we have to take the feelings of the Chinese people into consideration, that is our major concern. The Chinese people and Chinese government view Kishi in the same way.”

This statement from Liao came moments after he had used the now famous phrase, “hurt the feelings of the Chinese people,” for the very first time.

It All Began in September 1959

The timing of Liao Chengzhi’s use of this phrase coincides exactly with what David Bandurski and the China Media Project have shown to be China’s first public usage of the phrase in the People’s Daily.

Bandurski’s research shows that, on September 13, 1959—the day after Liao’s meeting with Ishibashi—a long article appeared in the People’s Daily which condemned India for dispatching troops into the border area claimed by China. Quoting Hu Yuzhi (胡愈之), a senior official who had attended the National People’s Congress Standing Committee meeting at which the China-India border dispute was discussed, the People’s Daily wrote that Indian MPs had “hurt the feelings of the Chinese people” by “wantonly slandering’ China and calling it an ‘imperialistic” country.

It is almost certainly not a coincidence that Liao Chengzhi used the phrase in relation to Japan just one day before it was first written in the People’s Daily. While we do not yet know who originally coined the phrase, the NPC Standing Committee meeting took place on the same day as Liao’s meeting with Ishibashi. It is therefore likely that the phrase began circulating around the Foreign Ministry during this period, inspiring officials and People’s Daily editors alike.

There are also strong similarities in how the phrase was used in both the Indian and Japanese cases. In both cases, Chinese officials used the phrase not to complain about the inherent issue at stake—the breakdown in China-Japan trade ties or the Indian Army’s encroachment into Chinese-claimed territory—but rather to complain that India and Japan had embarrassed China on the world stage. That is, the Chinese people’s feelings had apparently been hurt because Indian MPs had publicly described China as an “imperialistic” country, and because Prime Minister Kishi had called China an “untrustworthy communist country” and an “aggressor state” during public speeches made while abroad.

Embarrassing China on the World Stage

In his powerful work on “national humiliation” (国耻 guochi) in China, William Callahan has shown how Chinese officials frequently use tropes like “to hurt the feelings of the Chinese people” when they feel that China’s status has been undermined on the world stage, and when they feel that China—rather than imperialist countries—has been unfairly presented in a negative light.

It is not surprising, therefore, that in the months leading up to the 2008 Beijing Olympics, the China Daily used the phrase 88 times to condemn all manner of issues in which Chinese officials perceived that their country’s status (a benevolent, successful, rising power) had been undermined by the very countries who had engaged in “imperialistic” behaviour towards China during (and after) the century of national humiliation: French protests against China’s human rights records during the Olympic torch relay, a US House of Representatives Resolution on Tibet, and the granting of an honorary doctorate to the Dalai Lama by the UK’s London Metropolitan University.

As in 1959, China’s national identity and foreign policy continue to be pulled in two directions: a desire to restore China’s leading place in the world, and a need to remember the bitter humiliations of the past. Until such time that this dual struggle can be reconciled, the Chinese people’s “hurt feelings” will continue to be invoked by its national leaders.