If You Thought US-Russian Relations Were Bad Now, Wait Another 10 Years

BY ANI KOKOBOBO AND COLLEEN LUCEY

As we have learned in recent weeks, after a national plebiscite in the midst of a pandemic, Vladimir Putin could remain in charge until 2036. And it’s no secret that the Russian president has frustrated American leaders over the past two decades. Just last month, Jim Inhofe, chairman of the Senate Armed Services Committee, blasted the Russian president, calling him “a thug and a murderer” and promising “a strong response” to disturbing allegations about Russian forces plotting against Americans.

Inevitably, as professionals in Russian studies, we wondered exactly which war crime the senator was referring to. Was it the news that a Russian criminal group with the ominous name Evil Corp. was hacking into the computers of Americans, who are working at home in greater numbers because of COVID-19? Or was he referring to that sneaky move Putin orchestrated to rewrite the Russian constitution so that he could rule unencumbered? Or perhaps the senator had in mind recent ecological disasters and nuclear catastrophes that prove Russian oversight could threaten global health and natural habitats around the world. In fact, the allegations turned out to be more shocking than we had originally assumed. According to an exposé by the New York Times, Kremlin-backed Special Operations forces have offered members of the Taliban blood money for killing US soldiers in Afghanistan.

When Russia is the topic of conversation these days, it’s hard to know exactly which plot, scheme, or orchestrated murder US officials are condemning. Russia is a real geopolitical adversary to the United States, but most discussions of Russia in our public life are broad, essentialized, and ultimately uninformed expressions of fear of all things Russian. And there’s a reason for that: a profound brain drain in Russian studies in the United States, exacerbated by a shrinking number of capable specialists in nearly all sectors, whether it be academia or the public or private sphere.

Today’s fraught political tensions with Russia are an unfortunate yet predictable outcome of the shrinking number of area specialists, which in turn has led to atrophy in the public discourse on Russia. As we grapple with the news of a suspected Russian plot to kill American troops, we need commentators able to draw out the historical context of Soviet involvement in Afghanistan, the legacy of colonialism in imperial, Soviet, and post-Soviet contexts, and the ongoing disinformation campaigns waged from within Russia to steer public opinion at home and abroad.

We need smart, nuanced reporting on Russia that does not collapse our current moment into a familiar Cold War paradigm of “us versus them” that reduces rather than expands our understanding of the region. We need the best trained experts in Russian political life working for the State Department to help it navigate these uncharted waters, yet the DOS’s cultural and linguistic competency, built during the Cold War and sustained, if meagerly, thereafter, beyond the dissolution of the USSR, is under serious threat.

Russia specialists have been sounding the alarm for some time, as exemplified in this 2015 report by the Association for Slavic, East European, and Eurasian Studies (ASEEES) that assessed the state of Russian studies in the United States. The report cites a total number of forty-four tenured faculty positions at American universities in Russia-related social sciences expertise. In Slavic languages and cultures, the same report noted 161 tenure lines nationally, while citing sixty-nine tenure lines in Russian history. The report warned that “even top programs with long-term reputations for excellence in Russia-related social science” have seen “Russia specialists … dwindle.” We would venture to guess that the numbers are smaller still in 2020 because the positions for Russia specialists are not being filled as faculty leave.

These modest numbers, coupled with decreased government funding for higher education, fewer academic positions, and other budget cuts, have devastated Russian area studies since the fall of the Soviet Union. This may not be apparent to outsiders, but to those of us working at universities across the United States, the situation looks grim, spelling disaster for small, student-centered programs, including those that teach less commonly taught languages such as Russian. The financial impact of the global pandemic on higher education has pushed many universities to cut programs or enact hiring freezes, meaning that the positions of retiring faculty will not be filled in the foreseeable future, further threatening the longevity of Russian studies throughout the United States.

In the most recent example of what we fear is becoming a trend, Ohio University recently responded to budget deficits by firing more than fifty contingent faculty, including its only two Russian-language instructors. A group of deeply concerned OU students used social media to raise awareness and galvanize support, centering their campaign on Twitter with the handle @saveourprofs.

The cuts affected several programs, but their impact on Russian language is of an altogether different scale. Unlike the case with more common languages, which are often taught by tenured faculty, the teaching of Russian is disproportionally dependent on contingent faculty. If more universities adopt the Ohio University policies, it could mean a significant dearth of expertise not only during the current precarious national and global moment but also during whatever crises await us down the line—a reality that is both dangerous and alarming.

We are not alone in making such public statements. Earlier this month a group of more than 700 colleagues in Russian, East European, and Eurasian studies signed a community letter to OU president Duane Nellis and provost Elizabeth Sayrs expressing their concern and condemning the shortsightedness of cutting a language classified as critical by the National Security Education Program and spoken by 166 million people.

We understand the difficult situation that OU leadership finds itself in as revenue-driven models demand budget cuts in universities across the United States, especially in light of COVID-19. What will happen if colleges continue to cut Russian programs like the one at Ohio University? Such a move, while focused on short-term financial solvency, would leave our nation bankrupt in terms of capable specialists able to assess, interpret, and analyze Russian actions at home and abroad.

Intelligence experts touted the importance of knowing Russian back in 2016 when allegations of Russian interference in our democratic processes came to light. With another, even more monumental election on the horizon, now is not the right time to defund critical languages and become more insular in our approach to the world. Expertise that is erased with a stroke of the pen can take years to rebuild. We need more, not fewer, programs focused on Russian political and social life. More than 700 Russia experts say so.

Associate Professor and Chair, Department of Slavic and Eurasian Languages and Literatures, University of Kansas 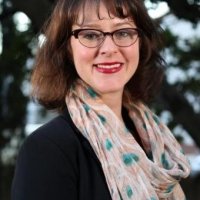