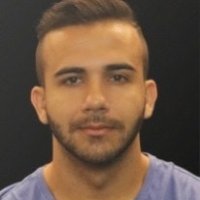 Igor Jovićević is the head coach of Shakhtar Donetsk, a top Ukrainian football club. He is not your average football coach. A Croat by birth, Jovićević is Shakhtar’s first and only Ukrainian-speaking head coach. He made a powerful statement by choosing to learn and speak Ukrainian instead of Russian, in a country that has been beset by language wars and different cultural leanings since independence. Now he is leading the football club through wartime adversity, uniting players through language and defying the odds on the field.

Jovićević started his club career in 1991 as a player with Castilla, Real Madrid's reserve team. He was a star of Croatian football in the 1990s before injuries slowed his career. In the early 2000s, Jovićević played briefly for Karpaty Lviv before retiring from the field.

In 2014, the year Russia annexed Crimea and invaded the Donbas, launching permanent hostilities, Jovićević took up a new position as head coach of the football club Karpaty Lviv. Though foreigners were typically expected to learn Russian, Jovićević chose not to, turning to the local tongue instead. His allegiance was already clear.

For centuries, Russia has tried both to suppress the Ukrainian language and to crush the notion of Ukrainian statehood. Ukrainian was marginalized and Russian valorized during both the czarist and Soviet eras, when speaking Russian was a prerequisite to advancing in society, business, politics, and education.

Ukrainian was relegated to an inferior language. Labeled a peasant tongue—Czar Nicholas II (1868–1918) is alleged to have said “There is no Ukrainian language, just illiterate peasants speaking Little Russian”—Ukrainian was systematically suppressed.

Though the Supreme Soviet of the Ukrainian SSR adopted the Law of Languages in October 1989, making Ukrainian the only official language of the country, Russian maintained its dominance even after the dissolution of the Soviet Union in 1991. Pockets of the country continued to experience a strong Russian cultural alignment and used Russian as daily coin both at home and in the marketplace.

In 2012 former president Viktor Yanukovych signed a law according Russian and other minority languages regional status, angering opposition groups. Russia’s invasion in 2014 ramped up sentiment for a state language separate from the aggressor’s, the 2012 law was repealed, and Yanukovych was ousted, fleeing to Russia. In 2019 the Verkhovna Rada under President Zelensky passed yet another law, On the Ukrainian Language as the State Language, which mandates the use of Ukrainian in thirty spheres of public life, including government, education, and the media.

With Russia’s full-scale invasion of Ukraine in February 2022, speaking Ukrainian in defiance of Russia became an assertion of solidarity that drew people together across the country, including footballers. For example, Shakhtar Donetsk player Artem Bondarenko, who is from central Ukraine, had grown up with Russian as his primary language. In an interview in April 2022, however, he said, “I have decided to start speaking in Ukrainian. I may make mistakes but it’ll be in Ukrainian. It is shameful for me to speak the language of the people that are destroying our nation.”

When the Coach Speaks Ukrainian

On taking the helm of Shakhtar Donetsk in July 2022, Jovićević said, “My work language is Ukrainian.” In this he stands out from his predecessors, Shakhtar coaches Mircea Lucescu, Paulo Fonseca, and Luís Castro, all of whom communicated in Portuguese or Russian. Except for a few, such as Myron Markevych, the coaches gave interviews exclusively in Russian. Following Jovićević’s lead, the Shakhtar players, too, frequently give press conferences and interviews in Ukrainian instead of Russian.

Fielding a team with ten Ukrainian players, Shakhtar thrashed the German team Red Bull Leipzig 4–1 in the Champions League opener in early September. Six of Jovićević’s players are younger than twenty-three. Despite fatigue induced by long travel times and the exigencies of war and personal losses, Shakhtar continues to train and compete against teams like Real Madrid, the richest football club in the world. Were it not for a 95-minute goal, Shakhtar would have bested Real Madrid in the Warsaw match in October, settling instead for a tie. And the team has achieved all this in the thick of a devastating war fought on their country’s soil.

Though Jovićević himself left briefly for Romania after the outbreak of fighting, his sympathies for Ukrainians and commitment to that country’s future drew him back. “I have a dose of patriotism and identification with the people,” Jovićević said. “The reasons for returning have always been sports, because I am not a soldier, I am a football coach, but I have also returned to Ukraine for my heart. The soldiers allow us to play and we, the athletes, are the best ambassadors of the country. It is very important to continue with football.”

With Russia trying to destroy the Ukrainian state, speaking Ukrainian to preserve the nation’s identity has become more important than ever. For Jovićević as a foreigner and the head coach of Shakhtar Donetsk, a club affiliated with a city that represents a Russian-speaking population and occupation, to speak Ukrainian has powerful symbolic value in a time of war. It is part of a larger shift within the country toward a stronger national identification, of which sharing a common language, Ukrainian, is an important part. Shakhtar will now play in the Europa League in February, coinciding with the one-year anniversary of Russia’s full-scale invasion. Shakhtar will proudly represent Donetsk and all Ukraine on the European stage.