India's Department of Atomic Energy: A Page in History 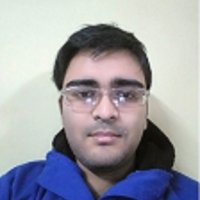 On 3 August 1954, almost 65 years ago, India’s Department of Atomic Energy (DAE) was created under the direct charge of the Prime Minister Jawaharlal Nehru through a Presidential Order. Subsequently, in accordance with a Government Resolution dated 1 March 1958, the Atomic Energy Commission (AEC) was established in the Department of Atomic Energy. Nehru laid a copy of this Resolution on the table of the Lok Sabha (The Lower House of Indian Parliament on 24 March 1958.

The AEC replaced the commission set up a decade earlier under the Department of Scientific research, which was established on 10 August 1948. The DAE was headed by Dr. Homi Jagangir Bhabha, widely regarded as father of Indian nuclear research. The body was formed to accelerate the pace of scientific progress in India, with special emphasis on atomic power. The DAE provided both the manpower, as well as money, to kick start the Indian space program, which had yet to take an institutional shape.

The DAE was established with very clear stated objectives ranging from contributing towards India’s nuclear security to the generation of safe, economically competitive electricity from nuclear energy by exploiting the natural resources of thorium and uranium available in the country.

After independence, India wanted to build a nation with scientific prowess and therefore many seeds of ‘institution building’ were sown in those years. In the 1950’s, the Government of India was proactively laying the foundations of many institutions across the country in every sphere of life. These institutions ranged from scientific arena to liberal arts. For instance, Department of Atomic Energy is one such institution among many others whose foundations were laid in that decade.

Scientists and scholars who were at the top of the professions were given a free hand and autonomy by the government to recruit and groom new talent, as well as taking steps to make sure that institutions which were being built had solid foundations.

It was within this context that, in 1958, the government of India came up with the National Science Policy about which Nehru stated, “I do not see any way out of the vicious cycle of poverty except by utilizing the new sources of power which science had placed at our disposal.” This statement by Nehru came out on 7 September 1961 in the New York Times Magazine in an article titled, “The tragic Paradox of our age”. The National Science Policy Resolution stated that the key to ‘national prosperity’ was an effective combination of technology, raw materials, and capital.

During that era, India did not have the resources to afford to commit mistakes and learn from them. It was in this context that the background for India’s first steps into the arena of outer space was also beginning. In August 1961, the Union government placed space research and peaceful usage of outer space under the jurisdiction of DAE. In fact, scientists of the Indian Space program were on the payrolls of DAE for around a decade until the Department of Space was created in 1972.

Institutions like DAE are important because they pioneered research in the field of atomic energy and hence were key in the development of India’s nuclear program. India’s nuclear tests, both during Pokharan 1 and Pokharan 2 in 1974 and 1998, were a testimony to the success of the institutional framework of the DAE and to the hard work of all the scientists working in this institution.

Presently, the DAE, under jurisdiction of the Prime Minister's Office, is responsible for nuclear technology and research. “Atoms in the Service of the Nation” has been DAE’s motto since its foundation, and it continues to focus on delivering the benefits of nuclear science and technology in six broad areas: Energy Security, Food Security, Water Security, Health Security, National Security, and developing and sustaining world class scientific and technological strength through research, education and industry.

The DAE as an institution has not just been working towards building India’s nuclear prowess and capabilities, but it deals with various other allied sectors as well that include the power sector, research and development, industrial and mining sectors. As per DAE’s website, “DAE comprises of five research centers, three industrial organizations, five public sector undertakings and three service organizations. It has under its aegis two boards for promoting and funding extramural research in nuclear and allied fields, mathematics and a national institute (deemed university).”

To conclude, the journey of DAE’s genesis and growth as an institution is reflective of India’s growth in the field of science and research in many ways. The need of the hour today is to build more scientific institutions like DAE to inculcate a culture of scientific temperament and thinking which seems to be increasingly lacking in present-day India.