Explore More
Close
Blog post
Governance
In a Confrontation Between Putin and the West, Belarus May Get Caught in the Middle
By Igor Zevelev on August 5, 2020
Share on FacebookShare on TwitterShare via Email
SharePrint
Blog post

Israel’s Potential Annexation in West Bank: What Will the Kremlin Do? 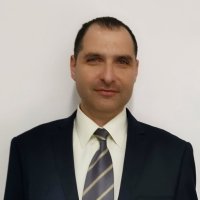 The Kremlin might soon encounter a dilemma: how to react if Israel moves ahead to impose Israeli sovereignty on parts of a territory that Israel commonly refers to by its biblical names, Judea and Samaria, and most of the rest of the world calls the West Bank.

After three indecisive election campaigns and a year and a half of a political crisis, Israel finally got its new government sworn in on May 17. Yet this does not promise political stability either for Israel or for the Palestinians. On the Israeli side, the implausible tandem of former rivals, Prime Minister Benjamin Netanyahu and Blue and White party leader Benny Gantz, will soon face its first challenge if Netanyahu chooses to proceed with the annexation of parts of the West Bank, based on US president Donald Trump’s controversial “Deal of the Century” program. According to the Netanyahu-Gantz coalition agreement, Netanyahu could initiate the annexation starting July 1, and Gantz will not be able to veto it if the Trump administration agrees with the annexation.

On May 13, US secretary of state Mike Pompeo rushed to Jerusalem—his first visit abroad since the pandemic shut down the world—to discuss the subject with Netanyahu and Gantz. While the annexation is believed to be popular with Trump’s evangelical base, it might also unleash a renewed wave of violence in the Palestinian territories and make Washington feel isolated amid what is likely to be universal opposition from its regional and international partners. Furthermore, the timing is sensitive, coming as it does during an election season and in the midst of the COVID-19 crisis, with the potential to jeopardize other perceived accomplishments of the Trump administration in the Middle East.

From the Kremlin’s perspective, this is a moment of opportunity. Since the beginning of 2020 there has been a discernible shift in the level of Russia’s engagement with the Israeli-Palestinian conflict. Foreign Minister Sergei Lavrov has increased his involvement in the Russian initiative to promote the inter-Palestinian reconciliation. (The initiative was launched in 2011 but has largely lagged until now.) Lavrov’s March meetings in Moscow with Hamas leader Ismail Haniya and Palestinian Islamic Jihad leader Ziyad al-Nakhalah had upset Israel, which, along with most of the Western consensus, views the two movements as terrorist organizations. Over the last few days reports have surfaced that Moscow is promoting a new initiative within the framework of the Middle East Quartet (the United States, the United Nations, the European Union and Russia) to address the Israeli-Palestinian conflict. However, Russian Deputy Foreign Minister Mikhail Bogdanov has denied them.

Putin’s engagement with the Palestinian issue over the past year has been incidental and largely subordinate to his other interests and commitments. On January 23, he paid a brief courtesy visit to the Palestinian Autonomy after being a keynote speaker at the Holocaust Forum—one of the largest high-level gatherings ever conducted in Israel—and inaugurating a memorial to the victims of the Siege of Leningrad in Jerusalem. The visit to Ramallah was clearly incidental to Putin’s visit to Israel’s capital and unlikely to have taken place without it.

This was unsurprising, given that during Putin’s twenty years in office, the Israeli-Palestinian question has gradually become marginalized in the Kremlin’s foreign policy agenda. Evidence for this trend can be teased out of the scarcity of Putin’s public statements on the subject and a low-key, almost evenhanded attitude toward the conflicting sides on the part of the MFA—even though the overall Russian official position is much closer to the Palestinian side than to the policy of Netanyahu. In practice, Russia has done little diplomatically to assert this position, and although Lavrov has claimed that the Israeli-Palestinian conflict is the cornerstone of the political instability in the Middle East, in practice, Jerusalem views Moscow’s conduct as neutral or even positive vis-à-vis its interests.

One explanation for this apparent contradiction seems to be good chemistry between Putin and Netanyahu and the unprecedented level of bilateral cooperation between the two states. In addition, Russia has lacked both serious incentives to pressure Israel on the long-stalled Palestinian issue and levers to get the parties to change the dynamics. Moreover, since the Arab Spring, there have been many much more violent conflict situations in the region to have captured Moscow’s attention. The Palestinian question had also lost its importance for the Muslim countries that are Russia’s international partners.

The annexation of parts of the West Bank could potentially change Russia’s calculus. There are two scenarios to consider. On the one hand, the annexation might prove to be a turning point in the history of the Israeli-Palestinian conflict, shutting the door for good on the two-state solution. Regional actors and the EU, who are warning Israel of dire consequences, will not be able to disregard the annexation and might have to impose sanctions against Israel. The Russian position, which is against unilateral Israeli changes in the status quo, is almost identical to that of the EU or the Sunni Arab states. At least outwardly, Moscow might lead the way by condemning the annexation and urging multilateral action in the UN and other international organizations against it.

Vehement opposition to the annexation would fit the broader patterns of Russian foreign policy. Moscow seeks to bolster common ground with the EU and to isolate the United States as part of long-term effort to drive a wedge in the Euro-Atlantic partnership. Tensions over the annexation are similar to the current US-EU stand-off over Washington’s intention to impose “snapback” UN sanctions against Iran. In both cases the US position is considered illegitimate by Russia, China, and the EU.

The annexation might also help the Kremlin to undermine the Western consensus over the illegitimacy of Russia’s annexation of Crimea. The Trump administration’s position differentiates between the various annexations by Israel (the Golan Heights, Jerusalem, West Bank) and Russia’s annexation of Crimea, although its legal justification for the former is obscure.  At the same time, while many in the EU think there is a strong connection between the two cases, the 28 countries have not as yet succeeded to reach a consensus. Russia, naturally, denies that any similarity between the two cases exists.

The current Russian-Israeli ties are based on the two countries’ ability to compartmentalize disagreements and prevent them from spilling over into aspects of the relationship that work well.  Therefore, the annexation could provide Moscow with a pressure point to gain something from the Israeli government, without endangering the wider bilateral cooperation.

On the other hand, it is possible to envision Moscow acting in just the opposite way. The coming months will open a short window of opportunity, before the US presidential election in November, to showcase Russia’s status as a great power. The planned P5 Summit (a meeting of the five permanent members of the UN Security Council) and, Moscow hopes, the postponed World War II victory parade will provide the best possible venue for negotiations, if there are some “last-call” agreements to be concluded with the Trump administration. Looking forward to it, and the COVID-19 crisis notwithstanding, Moscow is meticulously collecting bargaining chips in Ukrainian, Syrian, Libyan, and Iranian theaters, as well as in the areas of energy and arms control.

From the Kremlin’s perspective, the annexation is therefore “just in time”: it could be an opportunity to temper the multilateral reprimand of the United States as part of Putin’s outreach to Trump in the context of the pandemic. Or it could serve as an additional bargaining chip, to be played usefully against Russia’s global and regional partners. It could also help heal the wounds of the oil-price war with the Persian Gulf countries.

The West Bank annexation issue is just the kind of opportunity Moscow seeks: it does not require deep pockets to make a difference, and there are manifold ways to profit. The Russians will prefer to play a constructive role and bridge the gaps between the parties.

It may well be that nobody—not even Netanyahu, despite his election promises, or Trump, despite his Deal of the Century—is interested in annexation in the near term. It feels as though most of the players were hoping for someone to step in and offer a plausible way to prevent the annexation.

While Putin is sitting on the Kremlin wall version of a proverbial fence, looking over the situation and thinking through his next move, it would be wise for Washington, Jerusalem, and Brussels to consider where they would prefer Moscow to stand should the annexation take place—and to plan their steps accordingly.

Daniel Rakov is a retired Lt. Col. from the Israel Defense Forces (IDF) and currently an expert on Russian policy and Great Power Competition in the Middle East at the Institute for National Security Studies (INSS) in Tel Aviv.