Kyrgyzstan Plunged into Political Infighting. What Was Russia’s Role? 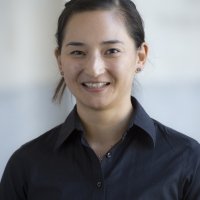 On October 15, facing pressure from the opposition, Kyrgyzstan’s President Sooronbai Jeenbekov stepped down from his position. His resignation followed ten days of political chaos in the country after a group of reformist political parties refused to accept the October 4 parliamentary election results. Calls for new elections were quickly hijacked by the Ata-Jurt party, which forcibly freed from jail one of its leaders, Sadyr Japarov, who was serving an 11-year sentence on kidnapping charges. Japarov is now the acting president, and new parliamentary elections are preliminarily scheduled on December 20.

Facing domestic protests and increasing unruliness on the streets, Jeenbekov repeatedly reached out to Russian president Vladimir Putin to discuss the rapidly unfolding developments in Kyrgyzstan. Putin sent his administration’s deputy chief of staff, Dmitry Kozak, to meet with Jeenbekov and Japarov. Kozak’s visit failed to help Jeenbekov: after meeting with the Russian operative, Japarov grew even louder in demanding Jeenbekov’s resignation. Two days after the meeting, Jeenbekov resigned.

Japarov’s controversial ascent to Kyrgyzstan’s top position has undermined the demands of the very first protests organized the day after the parliamentary elections. Then, three opposition parties—Ata-Meken, Bir Bol, and Reforma, all opposed to both Japarov and Jeenbekov—were calling for new parliamentary elections free of vote buying.

Was Japarov emboldened by Russia? The details of the meeting with Kozak remain elusive. But unlike the US embassy in Bishkek, the Organization for Cooperation and Security in Europe, and the EU, all of which have called for stabilization of the political process in Kyrgyzstan, Kozak’s visit seems to have added to the domestic uncertainty in Kyrgyzstan.

Japarov is a convicted kidnapper. He was accused of taking hostage a public official in 2013 and, after returning from exile in 2017, was sent to prison for 11 years. (Japarov rejected the charges as politically motivated.) Other political leaders jailed during Jeenbekov’s presidency, including Jeenbekov’s predecessor, Almazbek Atambayev, and former prime minister Sapar Isakov, were also forcibly released from prison. But unlike Japarov, who pressured parliament to confirm him as prime minister, all the other prematurely freed politicians were imprisoned again. Japarov has a wide following, mainly in southern Kyrgyzstan, which is ready to turn a blind eye to his criminal record.

For a decade, Kyrgyzstan’s parliamentary system allowed representation of all the major political factions in the country, often associated with specific individuals. This balance was disrupted with October’s controversial election. Widespread reports indicated vote buying by the center-right Mekenim Kyrgyzstan (My Homeland Kyrgyzstan) party, understood to be supportive of Jeenbekov.

Jeenbekov never seemed to have found the right footing with Moscow. When Jeenbekov traveled to Moscow in May to participate in the Victory Day parade along with Putin’s other international allies, he was abruptly banned from the event after one of his aides tested positive for COVID-19. The entire trip turned out to be a waste of time for Jeenbekov. Shortly before the parliamentary elections he went to Moscow to meet with Putin again. This time he was able to get some face time with the Russian leader, but the latter mispronounced his first name as “Shariman.”

For a moment last week, the widespread public perception was that Jeenbekov had secured Putin’s support. He deployed armed forces in central Bishkek to quell protests, including those mounted by Japarov’s supporters. It was even rumored that Russian military officers had been sent to Bishkek to protect the president from protesters. But beyond a phone conversation between FSB director Aleksandr Bortnikov and acting chief of the National Security Service Omurbek Suvanaliev, there are no other reported instances of coordination between the two countries’ security services. Suvanaliev was soon sacked from his position at the NSS, while resorting to the help of the armed forces didn’t help Jeenbekov retain his presidency.

Jeenbekov’s predecessor, Atambayev, was able to broker closer relations with Putin. He frequently met with his Russian counterpart as a way of showcasing his success in international affairs. Atambayev met with Putin one last time shortly before Jeenbekov ordered the special forces to arrest the former president for alleged involvement in large-scale corruption schemes.

With both Atambayev and Jeenbekov competing for Putin’s favors, Moscow doesn’t need to engage openly in Kyrgyzstan politics, for two main reasons. First, after the withdrawal of US troops from Manas Air Base in 2014, Russia and China are the only regional powers with influence in the country. China’s economic presence in the region is expanding, while Russia retains its influence.

Second, regardless of who rises to the top as a result of the latest power shuffle, any future leader is likely to be openly pro-Russia. According to the latest estimates, 900,000 Kyrgyz labor migrants in Russia send remittances back home, equivalent to one-third of Kyrgyzstan’s GDP. Any limitations on migrants’ ability to work in Russia could have a devastating impact across Kyrgyzstan, especially if they coincided with the global pandemic.

Kyrgyzstan’s ongoing political chaos has domestic roots. Jeenbekov’s and Japarov’s supporters are now fighting for dominance, with both groups exhibiting autocratic tendencies. At the other end of the spectrum are pro-reform political parties that want to return to the fair and dynamic competition of the 2010s. Moscow may have played a key background role in Kyrgyzstan’s internal political conflict by leveraging the ongoing disruption of political life in the country to help the former camp succeed, but Moscow does not need to insert itself any further. It merely needs to wait for a politician already pledged to Russia to take the reins of power in Kyrgyzstan.