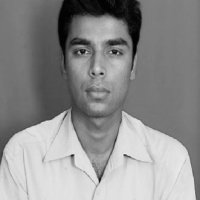 Binay Prasad reflects on the archives of the Ministry of External Affairs and area studies in India.

Before 2011, the history of India’s foreign relations with South Asia and with other parts of the globe was largely based on public information (such as India’s domestic newspapers) and archival sources from outside of the subcontinent. Documents from the United States, Great Britain, and Russia filled many gaps in what we knew of India’s foreign relations during the Cold War.

In 2012, for instance, files from the UK Foreign Office revealed Britain’s involvement in India’s 1984 Operation Blue Star, which flushed out Sikh militants from the Golden Temple in Amritsar. Because the external dimensions of the Khalistan movement—the demand for a separate Sikh state—were previously unknown, this discovery in the British archives created waves and sparked much public discussion in India.

Soviet sources which emerged in the 1990s and 2000s also contained some bombshells. The so-called Mitrokhin Archives revealed the KGB’s “penetration” of Indian political circles during the Cold War, while other Russian documents called into question the tone and temperament of India’s “non-aligned” policy.

While appreciative of these foreign sources, historians and area studies specialists in India had long felt that the archives of the Ministry of External Affairs should be accessible to the public, much like those of any other government department.

According to India’s Public Records Rules of 1997, official papers are required to be declassified after a period of 25 years. While the Archives and Records Management Division of the MEA often received requests for its files, access to these records was typically restricted to a privileged few. The MEA did not follow the Public Records Rules until 2011, when the Ministry—overburdened and understaffed—finally enlisted its retired diplomats to review, declassify, scan, and transfer over 70,000 files from the years 1903-1972 to the National Archives of India, which forms the point of access to the said records. In a press release marking the declassification and transfer, the MEA acknowledged that it was doing so in the interest of the “academic community.”

I have been working with MEA documents for over four years now, and have come to know their strengths and their limitations, as well as their peculiarities.

The MEA’s records lack the same structure of foreign ministry files found in the United States and in some European countries, the embassies of which typically kept a daily record of events. Aside from special reports, India’s embassies abroad often only produced a fortnightly or even a monthly record of events. This limitation aside, the opening of these archives has done much to enliven the study of contemporary international history in India.

Because the regional divisions of the MEA—such as South Asia (with Pakistan and China retaining separate divisions), Africa, Soviet Union, America, West Europe and Latin America—compiled dispatches from Indian embassies abroad, the opening of the MEA files was a windfall for area studies students in India. It has been especially significant for the study of the history of South Asia, as other countries in the region still lack proper declassification policies. In Pakistan and Afghanistan, the foreign ministries hold onto their records, and access is difficult if not impossible.

Given my background in Latin American studies, I refer mostly to the files of the Ministry’s Latin America Section. In the course of my research, I have come across many unknown or underappreciated aspects of Indo-Latin American relations: the existence of a trade agreement between India and Argentina in 1943, South American views of the 1955 Bandung Conference and the 1961 Afro-Asian Conference, and the prospect of Indian emigration to Brazil in 1956, to name only a few examples. The documents also offer fresh insights from Latin American officials on problems within India: partition, citizenship (such as the status of British Indian citizens), and Pakistan’s propaganda against India, among many other issues.

Aside from official documents produced by the Ministry of External Affairs, the MEA archives also contain an abundance of foreign press materials on India. Almost all such files were originally drawn from English-language newspapers, or were supplemented with English translations. The MEA archives thus provide a dense collection of international perspectives about India.

Unsurprisingly, sometimes foreign reporting on India was not entirely accurate—or simply not to India’s liking. In South America, Indian diplomats became so frustrated that their country was consistently referred to as a “Hindu government” that they wrote to the Spanish Academy of Letters (officially known as Real Academia Española) in an effort to rectify the Spanish rendering of India’s official namesake. Negative press reports on contentious political issues, such as violence in the aftermath of India’s partition in 1947, also elicited protests from India’s embassies abroad.

Reports from the British Foreign Office occasionally appear within the MEA files due to the practice of information sharing within the Commonwealth, offering yet another perspective on events around the globe.

The number of diplomatic dispatches at various periods provides insights into the priorities of the Indian Government. Dispatches from South America, which was once part of the MEA’s Western Europe or Americas Section, were few and far between around the time of India’s independence. They increased gradually in 1953-1954, and by 1959 bulky reports from India’s representatives in Latin America flowed back to New Delhi. These trends in India’s diplomatic correspondence dovetail with the country’s overall external policy towards the Afro-Asian region and the broader developing world.

The files of the Ministry of External Affairs are an important source for writing the history of early Indian diplomacy, about which little is still known. They are also a boon for area studies in India, and a source base which I have personally benefitted from very much.