Marijuana: Made in Uruguay

Marijuana: Made in Uruguay
By Mayra Iglesias, Nicolás Saldías and Greg Ross

In January, Mexico approved new rules for medical marijuana, marking another step toward potential full legalization of the drug. The move followed the 2018 decision by Mexico’s supreme court that the prohibition of recreational marijuana was unconstitutional, and the Senate’s passage in November 2020 of legislation to legalize recreational marijuana use, which is expected to go before the Lower House in the coming months.

Legalization would make Mexico the largest legal marijuana market in the world, but it is several years behind Latin America’s cannabis pioneer. In 2013, Uruguay became the first country in the world to legalize marijuana. Although Uruguay decriminalized possession of the drug in 1974, the country’s decision to attempt full legalization was controversial.

At the time, Uruguay’s president, José “Pepe” Mujica, a former leftist guerrilla, described the decision as an “intellectual experiment” to examine an alternative to the “war on drugs” approach favored by the United States and waged in large part in Latin America. Mr. Mujica’s goal was to make marijuana widely available and affordable to push drug traffickers out of the marketplace.

Importantly, legalization did not signal deregulation: Only Uruguayan pharmacies are allowed to sell the drug, and the regulations limit its sale to citizens who register with the government and limit their purchase to ten grams a week. The state agency responsible for overseeing the marijuana industry, the Institute for the Regulation and Control of Marijuana, also supervises the potency of active components of the drug.

Uruguay’s experience offers insights for Mexico and other countries contemplating legalization. Despite fears of an explosion in marijuana use in Uruguay, there has only been a five percentage point increase in users since 2013. Still, official producers have failed to meet demand; only a third of users purchased marijuana from the regulated market in 2018.

To expand on the supplies from the Canadian International Marijuana Corporation and U.S.-based Simbiosys, Uruguay issued three more production licenses in 2019, to U.S.-based Biopharmaceutical Research Company and Uruguay-based Jabelor and Legira. Uruguay-based Fotmer, Dormul and Burey are licensed to produce medical marijuana for Uruguay. In 2020, the Canadian firm Boreal opened a medical hemp processing plant in Uruguay.

Now, marijuana growers in Uruguay are ready to look beyond domestic users, especially should major markets like Mexico open up. Brazil legalized medical marijuana in 2019 but does not permit its local production, creating an opportunity for Uruguayan producers. For the 12 Uruguayan firms exporting marijuana last year, the principal markets were Portugal, Switzerland and Israel. Uruguay began to export marijuana in 2019 and doubled exports in 2020, to $7.3 million.

Uruguay-based Fotmer Life Sciences forecasts that 80 countries could legalize medical marijuana in the near future, with an expected market value of $100 billion over the next decade. Last year, the company sent its first shipment to Australia. “Our goal is to create a billion-dollar industry here in Uruguay in the next five to seven years,” Fotmer CEO Jordan Lewis said.

Producers in North America have stepped up, but have often struggled to turn a profit, given restrictions in accessing capital and declining marijuana prices since 2019. In the United States, stocks crashed as the pace of legalization slowed and some of the most well-known producers faced bankruptcy. North American producers also struggle with an unfavorable growing climate, creating additional opportunities for their Uruguayan peers. “Everyone is waking up to the fact that it doesn’t make sense to grow marijuana in the tundra of Canada,” Lewis, the Fotmer CEO, said.

Uruguay is not alone in Latin America in seeing the economic opportunities of producing and exporting marijuana.

Still, producers in Uruguay have a first mover advantage to gain a niche in export markets, and generate revenue and employment for the country. Though his party opposed legalization, President Luis Lacalle Pou now sees the potential for an economic windfall for the country, which relies heavily on exports of meat, soy and wood. Mr. Lacalle Pou, elected in 2019, has already signed two executive orders to encourage medicinal marijuana and hemp exports. 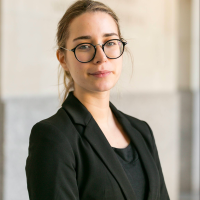