Mirrors Facing Each Other: America and Russia Claim Foreign Interference in Domestic Unrest 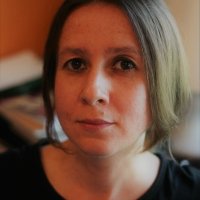 Imagine setting up two mirrors facing each other: the image in each is defined by the other, while neither contains a substantive identity.

As the Black Lives Matter protests rage across the United States and as US and Russian officials trade blame and rebuttals over a putative “Russian trace,” both seem to have succumbed to this sort of mirroring. It’s no longer just that for the Russian state; America has long been that ominous other onto which Russia projected its own fears and insecurities. America too has adopted this kind of projection as policy.

Former national security adviser Susan Rice said that the attempt by certain “extremist” elements to “hijack” the protests “is right out of the Russian playbook,” while current national security adviser Robert O’Brien named China and Russia among the countries trying to foment US unrest using social media. Now the officials of each side and their respective commentariats are engaged in a seemingly endless feedback loop of accusations and recriminations—two mirrors facing each other.

In Russia, this projection began in 2011, if not years before, when the Kremlin, increasingly sensitive to Western hectoring about human rights, started blaming its own burgeoning protest movement squarely on the United States. When US secretary of state Hillary Clinton, along with the Parliamentary Assembly of the Council of Europe and the OSCE, criticized Russia’s December 2011 parliamentary elections for voting irregularities, then prime minister (but soon to be president again) Vladimir Putin directly blamed Secretary Clinton for sparking protests that would, over the course of the year, evolve into the biggest anti-Kremlin movement his tenure had seen. “She set the tone for certain activists inside our country, sent a signal, and they heard the signal,” Putin said then. “And with the support of the State Department, they began to act…. [Western governments] felt they had leverage inside our country.”

Later, Putin went on to propose tighter controls over foreign-funded political movements. “Foreign funding of electoral processes is especially unacceptable,” he said. Comments like these sparked a witch hunt inside Russia, a legislative frenzy that would go on to cripple foreign-funded NGOs and ban “undesirable” organizations from working in Russia.

But these statements also did something else, something far more sinister. If you look closely at Putin’s comments, they are not entirely inaccurate. Some pro-democracy movements were indeed receiving much-needed funding, including from foreign sources. Similarly, there’s not much untruth in the fact that certain US-centered Facebook groups are created by Russians. But Putin’s comments and the recent allegations against Russia from the US side share a common fallacy: they ascribe intent and fabricate a coordinated government strategy where one might not actually exist. Far worse, they vindicate a compelling but ultimately false assumption that popular protests and unrest are never the result of genuine sentiment, only of powerful subterranean forces manipulating people to achieve certain political ends.

In Russia’s case, in 2014 this fallacy directly contributed to a war that still rages in Europe. The Kremlin was convinced that the popular protests that toppled its hapless ally, Ukrainian president Viktor Yanukovych, were engineered entirely by the United States. Images of Assistant Secretary of State Victoria Nuland handing out cookies on the Maidan Nezalezhnosti—and later an unfortunate leaked tape documenting US involvement with the Ukrainian opposition—cemented what Moscow had feared all along, leading to the now ubiquitous meme of following the cookie trail of US interference. (Nuland, it turned out, had been handing out sandwiches, not cookies.)

To this day, I have conversations with Russian officials and diplomats who otherwise harbor fairly liberal views yet genuinely believe that the United States dictates Ukrainian policy, to the point that (they believe) the SBU, the Ukrainian Security Service, has an embedded US intelligence department that vets certain decisions relating to the peace process in eastern Ukraine. Russia’s annexation of Crimea and its military incursion in support of eastern Ukrainian separatists whom Moscow itself groomed directly followed from the assumption that what happened in Kyiv in 2014 was not a popular movement but the result of interference by a formidable foreign adversary, and that was why Russia had to try to respond in kind.

The counterpart to this thinking in Kyiv was its mirror image: the political establishment succumbed to the same divisive assumption that eastern Ukrainian discontent with the post-Maidan government did not exist on its own and was entirely manufactured by Russia, and that both the separatist governments and the people who supported them were not Ukrainian but Russian, thus ignoring the complex differences between a popular local movement and the Russian patrons that ultimately co-opted it.

What lies at the heart of these assumptions, both Russian and Western, is a logic that denies agency to domestic protesters and absolves governments of the need to deal directly, as equals, with the opposition at home. If protesters are merely the puppets of powerful foreign forces, it’s the foreign foe that’s the real problem. In a conflict, both sides adopt this tactic—hence the mirroring. In a globalized world, what seems to be happening is that internal conflicts are indeed becoming part of the fabric of geopolitical ones.

In Russia, the response to the Black Lives Matter protests has been varied. While some commentators have jumped on the obvious chance to call out US hypocrisy, the official tone has been more muted. “There’s not a lot of discussion in government around this because we are too focused on fighting COVID,” a source close to the government told me. “Also, officials are avoiding comment because we don’t want to provoke additional accusations of a Russian trace.”

Except, of course, US attempts to find a Russian trace give Russian officials the perfect excuse to call out US hypocrisy that this time they have otherwise been trying to avoid.

Here’s how Russia’s firebrand spokeswoman for the Foreign Ministry, Maria Zakharova, responded to accusations from Rice and O’Brien: “To say, as certain representatives of the US Democratic Party did, that ‘Russians, the Kremlin and Russia are behind the protests in the States’ is to just disrespect one’s own people, or just to not understand what is happening.”

The frustrating truth is that she’s right. And it’s frustrating because the exact same applies to Russia’s own disrespect for its people when it blames local protests on the US State Department.

The current American obsession with Russian interference, mimicking Russia’s obsession with American interference, is wrong not because foreign interference doesn’t exist. It does—foreign meddling seeking to exploit the weaknesses of an adversary is a centuries-long staple of political war. It’s wrong because much of this foreign interference, from cookies to funding to social media trolling, is often relatively benign. Focusing on it, whether in Moscow or in Washington, makes it easier to avoid dealing with the actual causes of unrest. The projection of a problem that government and society feel powerless to solve onto a foreign foe can go on infinitely. The cookie trail isn’t a smoking gun; it leads nowhere.