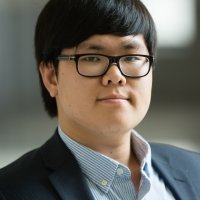 History demonstrates the difficult but ultimately resilient relationship between China and North Korea.

Before leaving the White House, President Obama advised then President-elect Trump to press China for greater support in freezing North Korea’s nuclear progress. The new administration appears onboard with that idea – when President Xi visited Mar-a-Lago in April, President Trump asked him to rein in Pyongyang’s nuclear weapons program.

The rationale behind American leaders pushing Beijing to ‘fix’ the North Korean issue is, in concept, not a bad strategy. North Korea is an intractable problem across the Pacific that diverts resources from other international objectives and domestic agendas. Negotiating an end to Beijing’s supply of materiel and resources to North Korea is an obvious strategy.

Yet the question remains: will Beijing apply meaningful pressure on Pyongyang on behalf of Washington, at the risk of destabilizing the Kim regime?

Will China Give Up North Korea?

Earlier this year, North Korea watchers speculated that Beijing might abandon Pyongyang in light of Pyongyang’s first public condemnation of Beijing and Beijing’s decision to cut a vital coal supply to Pyongyang. The euphoric days when Mao Zedong described the two countries’ relations as “close as lips and teeth” seemed long over.

Yet the relationship between Beijing and Pyongyang, even under Mao, was never consistently cordial. Instead, both countries have oscillated from ‘brotherhood’ to hostility over economic, ideological, and political disputes.

The 1960s was arguably the most contentious period between Beijing and Pyongyang. The Cultural Revolution triggered a serious rift, as Pyongyang opposed Beijing’s way of implementing the principles of Marxism-Leninism. According to Eastern bloc sources, the Korean Workers Party (KWP) described the revolution as “a ‘great madness,’ having nothing in common with either culture or a revolution” and Mao Zedong as “an old fool who has gone out of his mind.” Pyongyang also publicized its deteriorating relationship with China to other socialist countries and blamed Beijing for its own internal economic problems such as shortages in cooking oil, grain, petroleum products and coke coal.

The Chinese ambassador in Pyongyang left on October 1966. Traffic and commerce across the border halted and repatriations and family visits ceased. Chinese language schools in North Korea were closed down. In the Red Guard newspaper Dongfanghong, Beijing also published a scathing article on the anti-Chinese tendency of Koreans and accused Koreans of being “revisionists” by opposing their revolution.

The two countries’ relationship deteriorated to the point where the Korean leadership feared economic sanctions, which would have brought serious economic consequences to North Korea. However, after Pyongyang’s raid on South Korea’s presidential compound (the Blue House) and its seizing of the USS Pueblo (which increased a risk of war against the US), Beijing and Pyongyang mended fences. In 1970, both countries even issued the joint communique in the United Nations which stressed their shared goals of reunifying the two Koreas and Mainland China and Taiwan.

The durability of the China-North Korean relationship, surviving even tough times, suggests that relationship is crucial for both sides, particularly for Beijing.

Pyongyang remains a valuable partner for Beijing in many ways: economically, Beijing maintains exclusive access to North Korea’s natural resources—minerals and fishing—unencumbered by any environmental or labor regulations. Strategically, North Korea provides a buffer zone against the US military presence in the Peninsula. Unlike Seoul, Tokyo or Washington, Pyongyang’s growing stockpile of nuclear weapons do not pose a direct security threat to Beijing when compared to the uncertain future of post-Kim era. Politically, Beijing’s important role in mediating the North Korean problem gives political leverage over Seoul, Tokyo, and Washington. These interests provide strong incentives for Beijing to keep Kim’s regime in Pyongyang alive.

So What for Washington?

This history demonstrates that the relationship between Beijing and Pyongyang has hit rough patches over economic, ideological and political difference. Yet because the two countries have muddled through and resolved these differences suggests that the relationship is crucial for both sides.  Therefore, dealing with the North Korean threat will require more than just goading Beijing to do Washington’s bidding. Washington should not completely bypass Beijing in resolving the North Korean issue, but delegating the issue entirely to China is not a strategy. If Washington is truly concerned about the North Korean threat, then it is time for American policymakers to shoulder greater responsibility in halting North Korea’s nuclear weapons program and preventing Pyongyang’s rogue behavior.