The NATO Archives: Accessing the Records of the Most Successful Alliance in History 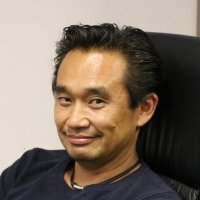 Public Disclosure Officer for the NATO Archives, Nicholas Nguyen, gives an inside look at what researchers can find at the North Atlantic Treaty Organization Archives.

On May 19, 1999, the NATO Archives was formally created with the inauguration of a Public Reading Room located at NATO Headquarters in Brussels, Belgium. For the first time in NATO’s history, academic researchers were welcome to come onsite and consult NATO documents that had been declassified and approved for public disclosure. The occasion was further highlighted by the official publication of early, previously classified documents related to the Strategic Concept for the Defense of the North Atlantic Area, collected for the first time in the compendium volume NATO Strategy Documents 1949-1969.

The establishment of the NATO Archives was certainly a welcome initiative from a security organization such as NATO that always seemed to be shrouded in secrecy. The press release quoted NATO Secretary General Javier Solana hailing the event as ‘an important signal of the Alliance’s commitment to transparency and openness’ in response to the ‘increasing demand by historians seeking access to NATO documents relative to the founding and early life of the Alliance’.

In the ensuing years, NATO would institutionalize a policy that guarantees the continual declassification and public disclosure of NATO information of permanent value that are at least thirty years old and no longer considered sensitive. As a result, hundreds of thousands of NATO documents are available to the research public, and the NATO Archives Reading Room serves as the principal interface to access this information. Located inside the Public Square of NATO Headquarters, the Reading Room shares space with the NATO Multimedia Library to offer the foremost collection of primary and secondary NATO source material, providing valuable insight and context into the Alliance’s activities, concerns, and discussions during the Cold War.

Anyone wishing to conduct research in the NATO Archives Reading Room is invited to submit an access request form with the understanding that compliance with the access guidelines will be adhered to. Once the request is successfully processed, visiting researchers will have the ability to consult the full collection of publicly disclosed NATO documents, which include the records and decisions of the meetings of the North Atlantic Council, the documents of the committees that directly report to the Council, documents originating from NATO’s military structure, and the historical publications, photos, film/video that were created for NATO’s public diplomacy. Finding aids are available to guide researchers through the collection, and reference archivists are always on hand to provide further contextual information and explanation to enrich the research experience.

The NATO Archives also offers remote access to its collection through NATO Archives Online, a web-based research tool based on Access to Memory (AtoM), the open-source application for standards-based archival description and access. Documents on NATO Archives Online are offered in the two NATO official languages (English and French) and have been scanned and digitized into PDF/A format to enable full-text searches. Archival descriptions written according to the international archives standard ISAD(G) accompany each of the document series to illuminate their creation context. Documents are regularly uploaded to this online repository following their declassification and public disclosure process. Due to the labor-intensive nature associated with document preparation and upload, NATO Archives Online represents a small sampling of the entire NATO Archives collection. There are currently over 70,000 documents uploaded to NATO Archives Online, the majority of which cover the first 15 years of NATO. All of the archival documents presented on NATO Archives Online are digitally stamped as publicly disclosed and can be downloaded free of charge.

The commitment of the NATO Archives to facilitate the accessibility of NATO’s publicly disclosed documents also results in collaborative projects based on specific declassification and public disclosure activity. The recent 50th anniversary of the entry into force of the Treaty on the Non-Proliferation of Nuclear Weapons (NPT) offered the opportunity for the NATO Archives to work together with American memory institutions for a joint online release and presentation of related declassified documents for the day of the anniversary itself.

The NATO Archives thrives on partnerships with national NATO delegations who have a vested interest in exploring the intersection between NATO’s history and their own national historical events. Post–Cold War NATO member countries such as Poland are especially active in this context, as their requests to declassify NATO documents related to formative events such as the 1989 June elections revealed the desire to understand the Allied perspective related to their national narrative while simultaneously strengthening their historical relationship to NATO itself.

NATO’s archival documents are primarily perceived by the research community to be the political records that speak to the historical role of the Alliance in the contexts of international foreign relations, the evolution of the Cold War and its relationship with European unity. What tends to get lost in this singular focus on the history of NATO as an international Alliance is that the NATO Archives also preserves the records that recount the history of NATO as an international organization. For example, the NATO Archives have spent considerable time and effort to spotlight declassified documents that recount NATO’s four different headquarter relocations across three different world capital cities during its 70+ year history - an unprecedented accomplishment among international organizations. NATO Headquarters itself has proven itself to be a versatile subject to base exhibitions and publications that use publicly disclosed NATO documents to give rarely-seen glimpses inside the home of the Alliance.

Finally, the NATO Archives works closely with NATO’s Public Diplomacy Division to present its collection of archival documents as seen through the lens of NATO’s history. NATO Declassified is the dedicated section of the NATO website that focuses on the history of the Alliance using publicly disclosed NATO documents, films, photos and publications in a storytelling framework. The information on NATO Declassified is written for multiple levels of engagement so that information can be read either at a glance or in a deeper mode of investigation wherein hyperlinks act as a bread crumb trail for readers to eventually lead them to the primary archival documents housed at NATO Archives Online.