In Russia, this has been a cruel week on so many levels. The fire at a shopping mall in Kemerovo was a horrific, preventable tragedy that shook Russians awake. The spectacle of the frightened Kemerovo bureaucrats cringing before an angry boss who flew in from the Kremlin was humiliating to watch.

A national tragedy that left 64 people, including 41 children, dead, combined with the continuing saga of the Kremlin being pinned down as a preeminent rogue actor in the world, drove Russia and the West even further apart this week.

Many Russians feel lonely and exposed these days, more so domestically than internationally. Kemerovo, a major coal-mining city in Western Siberia, has been on everybody’s mind, not the Skripal case or the diplomatic expulsions.

The Kemerovo disaster was not a Moscow story, it was a greater Russia story. One could tell that because of the way it resonated and eclipsed everything else.

Hundreds of large shopping malls went up all over the country during Russia’s fat years in the mid-2000s and early 2010s. These centers of Western-style consumption and entertainment were a revelation for many in the former industrial Soviet cities. One could enjoy a meal, watch a movie, leave children to play, and go shopping, all in one glittering place. People loved it, and it felt so safe, too, with all the others doing the same.

Many children who played in the center’s activity zone were bused from nearby small towns to spend a fun Sunday. Dozens of them were watching “Sherlock Gnomes,” a recent computer-animated Hollywood flick, when they died. The shock of this presumably safe environment turning into a deadly trap struck deep.

In dread, people recounted on social media their weekly trips to identical shopping behemoths all over the country, realizing how precarious it all was. Playgrounds often located at top floors that are hard to evacuate, the doors to staircases often shut to prevent people from leaving without enough shopping done, the brazen neglect of security rules, the manipulation for gain, the local officials usually owning stakes in these profitable businesses, the local authorities’ fear and awe of the visiting leader, not of the grieving public—it all went on display this week.

The way regional dignitaries behaved when Putin confronted them on Tuesday was both familiar and shocking. It is not every day that an exchange between trembling, scared bureaucrats and their paramount nemesis is broadcast to wide audiences.

“I am asking for your personal forgiveness for what has happened on our territory,” Kemerovo governor Aman Tuleyev told Putin. Tuleyev, 73, was reelected as governor with almost 97 percent of the vote in 2015. The one thing he had to say about his voters was that those of them who took to the streets to express their grief and indignation were “troublemakers.” Those protesting were an “opposition force” who speculated in people’s feelings, Tuleyev said.

“Young man, are you trying to use this tragedy to hype yourself [piaritsa, derived from PR, was the word used in the Russian original]?” Kemerovo deputy governor Sergei Tsivilyov asked a man standing in front of him, to which the man replied: “My entire family died.” That was Igor Vostrikov whose wife, three young children, and sister died in the fire at the mall.

Later the deputy governor Tsivilyov went down on his knees and asked people standing around him on Kemerovo’s central square for forgiveness for the authorities’ failure to prevent the deaths of their loved ones.

This was the human in him fighting his way out of the armor he has to wear as a Russian civil servant. His initial reaction was how Russian officials are schooled to react to any unauthorized bottom-up activity.

Gleaned from Russian officials’ behavior during the latest tragedy and during countless other emergencies, the most important articles of Russia’s bureaucratic faith would be as follows:

Regardless of whether anyone at the top, including Putin himself, sincerely believes in this creed, it actually forms the basis for the way they act.

Now that the official days of mourning have passed, Russia’s state-run media have intensified their attacks on those who “speculate on people’s feelings” and spread lies.

The Kemerovo governor, whose career was rumored to be on the line even before the tragedy, is now likely to remain in place longer. Firing him now will look like succumbing to the demands of “the street,” that is, to allow him to be accountable to his voters, not to the supreme leader.

Even more striking is a report about the deputy governor Sergei Tsivilyov, who knelt and apologized—in front of the people, not the president. “A hasty removal [of Governor Tuleyev] would look like an unnecessary concession, a source in the Kremlin told Vedomosti. Tsivilyov, who until recently was seen as the aging Tuleyev’s successor, has demonstrated he is not fit to run such a difficult region, the source continued.

This is how strong the creed is. One has to learn how to keep the human inside at bay. One has to know whom to ask for forgiveness. 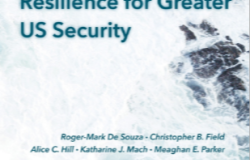