New Naftogaz CEO Appointment: Did the Cabinet Violate the Law?

BY OLEKSANDR CHEBANENKO AND ANDRIAN PROKIP

After the government decided to dissolve the Naftogaz supervisory board, dismiss CEO Andriy Kobolev, and appoint Yuriy Vitrenko the new CEO, heated disputes began over the legitimacy of these decisions, both in Ukraine and abroad. One major issue at the core of the dispute was whether the appointment of Vitrenko was in violation of Ukraine’s anti-corruption legislation. In our opinion these doubts are groundless, and the cabinet had the right to appoint the Naftogaz CEO.

To explain our reasoning, we split the general question into three separate considerations:

1. Is the Cabinet of Ministers authorized to dissolve the Naftogaz supervisory board and management board?

2. Is the cabinet entitled to dismiss the Naftogaz CEO?

3. Is the cabinet authorized to appoint a new chairman of the board, Vitrenko? And were there any violations of the law or of Naftogaz’s charter?

Here are our answers to these questions.

1. The Cabinet’s Dissatisfaction with the CEO and the Supervisory Board
According to Naftogaz’s charter, the Cabinet of Ministers is the sole representative of Naftogaz’s owner and the only shareholder in the company, and in this capacity it is entitled to make decisions regarding the removal of supervisory board members and to appoint and remove the CEO and executive board members at the general shareholder meeting. However, the same document stipulates that preparation of the agenda for the general meeting and its prior approval shall be reserved to the supervisory board.

On April 28, 2021, the Cabinet of Ministers at the annual general meeting of shareholders deemed the work of the supervisory board and the executive board members unsatisfactory. The most probable reason for such a decision was the board’s failure to respond to the company’s unsatisfactory financial and operational results as of 2020. Among the shortfalls were considerable financial losses in 2020, failure to achieve an expected increase in gas production during the previous five years, and the purchase of equipment from Russia instead of from Ukrainian companies, among many other problems.

One important consideration should not be overlooked: the annual general shareholder meeting is to be held not later than April 30. The company issued its annual report to the cabinet just three days before the deadline, whereas the statute prescribes that the agenda or amendments to the agenda for the general meeting are to be sent to the shareholder not later than thirty days before the general meeting is held. Consequently, the cabinet was deprived of the opportunity to exercise its right to propose amendments to the agenda prior to the deadline. This was especially important because of the need to take corrective actions in light of the company's unsatisfactory financial performance in 2020.

2. Legal Reasoning behind Dismissal
Naftogaz’s operation is regulated by its charter and by the law “On Joint Stock Companies.” Also, there is a law “On State-Owned Property Management,” which is part of the legislative framework related to Naftogaz management.

Traditionally, in continental law, when there is a conflict or collision between a general norm of law and a special norm of law, the collision is solved by applying a special law. In the case of Naftogaz, the special law is the law “On State-Owned Property Management.” This is also supported by the law “On Joint Stock Companies,” which states that with respect to the management of state-owned stock companies, special laws should be applied.

This does not contradict the charter, which stipulates that decisions on the premature termination of the power of the CEO and the members of the supervisory and executive boards are made at the general shareholder meeting.

A scrupulous reading of this law reveals that it restricts persons who terminated their activities related to the functions of government or local self-government from entering into agreements with private law and natural persons if they had been exercising the power of control, supervision, or decision-making regarding the activities of these private law and natural persons for a period of one year prior to the date of resignation. So, in the case of Yuriy Vitrenko, who was an acting minister on the day of his appointment to Naftogaz, two conditions needed to have been met to prevent him from being appointed Naftogaz CEO and for the National Anti-Corruption Bureau of Ukraine to appeal his appointment:

a. Mr. Vitrenko as acting energy minister had to have been exercising the power of control or decision-making over Naftogaz's activities; and

b. Mr. Vitrenko had to have been performing those functions for one year prior to the date of his resignation.

With respect to the first point, yes: Yuriy Vitrenko as acting energy minister exercised control over Naftogaz's activities within his prescribed authorities. However, to the second point, Mr. Vitrenko was appointed acting energy minister on December 22, 2020, which means he worked in this position for a bit over three months as an acting minister and a cabinet member. In other words, because he did not serve in this position for a full year, the law “On Preventing Corruption” was not violated by the cabinet decisions as of April 28, 2021.

To conclude, we are sure that the Cabinet of Ministers’ decision on the boards and the management of Naftogaz did not violate any of the above three laws or Naftogaz’s charter. However, the speed with which the decisions were made and the lack of communication regarding the cabinet’s reasons and aims truly shocked all stakeholders, both inside and outside Ukraine. Decisions of that kind must be prepared for transparently and followed up with explanations to avoid negative public perception and to head off raising doubt among Ukraine’s partners. 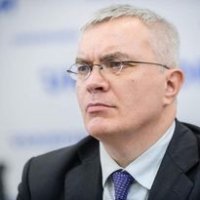