Nixon in China: The Week that Changed…What? 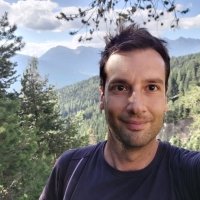 If we scratch away the theatrics, “The Week that Changed the World” looks less momentous than many have portrayed it, writes Federico Pachetti.

Fifty years ago, the People’s Republic of China and the United States shocked the world when American president Richard Nixon travelled to Beijing and met with China’s Communist Party Chairman, Mao Zedong.

What happened next is generally well-known. The most populous communist state and the wealthiest capitalist nation had decided it was time to put ideology on the sidelines, recognize each other diplomatically (which, importantly, took another seven years) and (very slowly) let business commence. The Nixon visit initiated a phase of collaboration between the two countries that, in spite of recurring difficulties, continues until today.

That the Soviet Union was perceived as a common threat (to the PRC’s security and America’s hegemony), the conventional story goes, provided an additional motive for collaboration. In fact, reasons for collaboration multiplied in the wake of the breakup of the Soviet Union in 1991. Certainly these factors were strong initial catalysts, but they are not sufficient when it comes to explaining fully what happened over the long run.

What we currently see, and what we have seen over the past 50 years, is the unforeseen but also linear result of the seeds that were planted during that eight-day trip, famously hailed as “The Week that Changed the World.” Unquestionably, it was.  However, what precisely did the visit change? Was it truly a global turning point?

A half century has now passed and the time has come to move beyond the undeniable theatrical acclaim the visit produced (and deservedly received) and to situate Nixon’s visit and the subsequent unfolding of the Sino-American rapprochement within the broader context of the second half of 20th century history.

Such a historical re-contextualization suggests that the visit was “simply” a very important event, but one that did not come out of the blue. Rather, it aligned neatly with evolving American and Chinese strategies regarding both one another and the rest of the world.

In addition to the Nixon trip, it is important to stress the significance of two trends that had been playing out in the post-WWII era: namely, the rise of Asia and Washington’s often confusing and contradictory attempts to facilitate and to benefit from this ascendancy.

Clearly, in the short-term, “The Week that Changed the World” significantly altered the course of the Cold War, giving the United States the ability to play the China card vis-à-vis the Soviets, and vice versa.

It is possible that the visit also facilitated changes that were already silently underway in China as a result of Beijing’s decision to (re) join global capitalism and become a “player” in global governance (rather than in just the socialist and non-aligned worlds). Ultimately, it took Mao’s passing to make these shifts more visible.

Even though Mao was not keen on using America to fuel China’s future economic growth, as Deng Xiaoping would prove to be, the 1972 visit occurred at a time when some in the PRC were debating some of the basics of Chinese economic development. This is not to suggest a deterministic path to the post-1978 economic transition. Instead, it highlights the need for scholars and other observers to properly contextualize the visit within longer and broader historical trends already underway. Doing so suggests the Mao-Nixon meeting actually was less groundbreaking than it has been depicted.

Why was it less than groundbreaking?

First of all, Nixon’s coup de theatre terminated a process that had been ongoing for almost a decade: the ending of China’s (relative) isolation or, more precisely, its concomitant antagonism toward the United States and the Soviet Union.

By 1972, China was completing diplomatic normalizations with the most important Western European countries – France, West Germany, Italy, and the UK — not to mention Australia, Canada, and Japan. Meanwhile, Beijing’s engagement in Third World politics had never stopped. Bearing in mind that the Nixon visit did not lead to any exchange of ambassadors, a process that would turn out to be all but smooth, it is clear that the United States in fact was a latecomer in recognizing the important role the PRC could play in the establishment of a multipolar world in which the values and interests of the US and its allies would be better protected and safeguarded if China was integrated on terms favorable to Washington. Indeed, in 1967 Nixon had called for bringing China back into the family of nations.

From this vantage point, it is no stretch to claim that “The Week that Changed the World” was, in reality, but a step (a big one) in a journey already underway. For the United States, it was the last chance to engage a potential ally. For China, it was the last piece in a puzzle intended to re-formulate its foreign policy.

Second, it is hardly a coincidence that the announcement of the Nixon’s China trip was communicated only a month before the President’s decision to abandon the dollar-gold convertibility that had characterized the Bretton Woods system. In the summer of 1971, when Nixon appeared on TV to tell the American people he would travel to Beijing, the US economy was inflated, indebted, confronted by soaring unemployment, and eager to sell more abroad. The decision to abandon a fixed convertibility, devaluate, and export to a potential market of hundreds of millions of consumers was appealing, yet hardly a novelty in the history of US foreign policy.

We now know the China market dream would take decades to materialize, if ever. Yet, the ambition was there already. The end of the Bretton Woods system prompted a re-design and a re-conceptualization of America’s political and economic dominance in which hostility to China could no longer be an option. The collapse of the post-World War II order between the late 1960s and the early 1970s – along with all the perceived pessimism that accompanied it – necessitated a reflection on how to recalibrate and sketch out new ideas for global dominance. The solutions envisioned interdependence and globalization. And when a new global economic paradigm emerged in the late 1970s/early 1980s, as a result of the abandonment of Bretton Woods, China formalized its peculiar embrace of free market reforms - another hardly coincidental move.

Third, multilateral economic institutions such as the World Bank and the International Monetary Fund (IMF) had been waiting for “politics” – the US government in this case – to make the move they had been hoping for; that is, kicking off the negotiations that would lead to China’s membership in these organizations.

On the PRC side, 1972 was still too early to consider joining the World Bank and the IMF. There is no evidence suggesting otherwise, let alone the inevitability of such an outcome. However, Beijing had joined the foremost international organization, the United Nations, in 1971 following the first vote in which more countries voted in favor of PRC membership than Taiwan. The interest existed to pressure Beijing to go a step further and join the World Bank and the IMF. Certainly, both institutions saw Beijing’s UN membership as a turning point that could favor their approaches as well.

Fourth, and most importantly, the economic resurgence of China in the late 20th century, and the American encouragement of it, also were part and parcel of the broader Asian economic renaissance that had started in the 1950s with Japan’s post war recovery and had continued with the rise of the other Asian tigers. China’s entry into global markets and its state led development model followed a similar path. The rise of Asia as a pivotal center of capital accumulation and technological innovation is one of the defining trends of the second half of the 20th century, and the Nixon visit is best understood and remembered as but one example of America’s awareness of and desire to benefit from that phenomenon.

If we scratch away the theatrics, “The Week that Changed the World” looks less momentous than many have portrayed it. Re-contextualizing the event reveals that while important, the visit was only one of the many forces of convergence that were in play. Nixon, Mao, Kissinger, and Zhou Enlai all modeled, shaped, and strengthened this convergence in ways that certainly would not have materialized otherwise. Their agency is beyond discussion. They enabled the evolution of this convergence. Yet, “The Week that Changed the World” had started long before 1972.

Dr. Federico Pachetti researches and teaches 20th century international history, with a focus on how shifting dynamics in global political economy shaped the evolution of Sino-American relations during the final decades of the century.