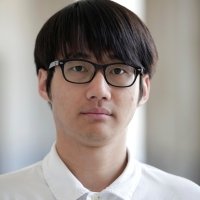 More than 100,000 children from across the Korean Peninsula were orphaned as a result of the Korean War. Intaek Hong presents the experiences of a group of 1,000 young North Koreans that lived in Poland from 1953-1959 and their reintegration into postwar North Korean society.

The “fraternal” assistance that the socialist bloc lent to North Korea during and after the Korean War – the provision of monetary and technical assistance. Yet there are certain human elements of this assistance that remain unexplored and relatively unknown.

More than 100,000 children from across the Korean Peninsula were orphaned as a result of the Korean War. These children attracted attention from the North and South Korean governments, with both states recognizing that they could build more cohesive societies, prove their political legitimacy and ideological superiority, and aid economic recovery if the orphans received proper care and attention. Even as the war was still raging, North Korea sought to develop long-term plans for its orphans, framing them as potential members of the workforce and an important resource for the country’s postwar reconstruction.

Within this broader context of the social and demographic history of the Korean War, North Korea’s socialist allies volunteered to accommodate and educate many North Korean orphans. Thus, international solidarity from the socialist bloc was not just about giving to North Korea, but also receiving.

This chapter of the Korean War began in late 1951, when the first group of 200 North Korean orphans arrived in Poland, and extended all the way through the end of the decade. In total, more than 30,000 North Korea orphans were temporarily resettled in Hungary, Czechoslovakia, Romania, Bulgaria, East Germany, Mongolia, and China. After completing their elementary education, the vast majority of the orphans were repatriated to North Korea, with the returns starting in late 1956 and extending through mid-1959.

Państwowy Ośrodek Wychowawczy no. 2 (State Educational Center No. 2), or POW no. 2, was one of the largest institutes for North Korean orphans in Eastern Europe. The “educational complex” – a 120-acre site with more than 20 buildings previously used for child refugees from the Greek Civil War – housed about 1,000 North Korean children and provided them with bi-lingual elementary education from August 1953 through July 1959. The costs of housing and educating the orphans were borne entirely by the Polish government, which provided approximately 100 Polish teachers and residential staff. A dozen North Korean teachers accompanied the children.

The orphans’ everyday lives at POW no. 2 were highly regimented and communal. From six in the morning to ten in the evening, the orphans took classes, ate, participated in outdoor or extracurricular activities, and slept together as a peer group. They also joined local socialist youth organization, Organizacja Harcerska Związku Młodzieży Polskiej (ZMP-OH) and participated in group youth activities, such as the international pioneer camp of peace held in Cieplice Zdrój, Poland in 1958. Learning to live in a collective without their biological parents and to discipline their behaviors, emotions, and bodies prepared them for their eventual return to their homeland, a socialist country that was in the throes of profound political and economic changes.

As an educational institute, POW no. 2 was beset by several challenges. First, it was very difficult for the Polish teachers to communicate with the North Korean orphans. Many of the children could not even read and write properly in Korean, let alone Polish, a foreign language. Yet with the exception of Korean language, Korean history, and geography classes, the teaching of all basic elementary classes fell on the shoulders of the Polish educators. Language was a major barrier, but not an insurmountable one.

There were other problems at POW no. 2. Due to the poor health of many of the orphans, caused by different kinds of parasites including lung flukes, hygiene was a matter of serious concern, especially upon their initially arrival in Poland. Disciplining the orphans, who ranged from the age of seven to 18, was another challenge for the Polish residential staff at POW no. 2.

At the same time, the Polish faculty and the North Korean teachers often disagreed on educational goals. According to the internal records of the elementary school, which are supplemented by the reminiscences of former Polish employees, the North Korean side wanted to nurture the national identity of the orphans, while the Polish teachers sought to provide “parental care” for sake of the orphans’ psychological rehabilitation. Language barriers and communication failures between the Polish and Korean staffs hamstrung operations at POW no. 2.

Despite these challenges, POW no. 2 was ultimately a successful enterprise. After spending every day together for more than six years, the orphans developed emotional attachments to POW no. 2 and their Polish teachers – affinities that are reflected in their later writings.

Such unsparing support came to an end from 1956 onwards, no doubt due to developments in Eastern Europe and changes in North Korea’s politics and external relations. Major revolts in Eastern Europe in 1956, including the Hungarian uprising, Nikita Khrushchev’s speech at the Soviet 20th Party Congress, and the “August incident” in the Korean Workers’ Party, pushed North Korea to bring the orphans back from the hands of “foreign socialists.” The last group of 566 orphans left POW no. 2 in July 1959.

Upon their return to North Korea, the orphans discovered that many things about their home country had changed. By this time, most of the orphans had already entered their mid or late teenage years. War-devastated North Korea was busy with rebuilding, and reconstruction was ongoing at a fever pitch. Shortly after their return, the orphans were dispersed to various vocational or technical schools across the country to continue with secondary education.

How did such transnational experiences as children affect the orphans as they came of age and matured in North Korea? Letters sent by the orphans to their Polish teachers through 1962 suggest that the orphans experienced a sense of alienation, struggling to adjust to life back in their homeland and missing their childhood at POW no. 2. Filled with a variety of emotions and reflections, the letters also record how the orphans grew to accept their new lives in postwar North Korean society.

Although written with varying levels of fluency in Polish and penmanship, the orphans’ letters are nevertheless consistent in terms of their content and narratives. They depict life back in North Korea as arduous: the rigors of secondary school were greater than at POW no. 2, the authors wrote, and material conditions in postwar North Korean society were considerably poorer than in Poland.

As at POW no. 2, the orphans’ regimented daily schedule continued, but with even greater intensity. They attended technical schools and prepared for careers in fields such as pharmacy, but they also had to work, since most of the schools were attached to industrial facilities. The orphans were meant to grow into productive North Korean youth, but they were already providing their labor on-site.

Not surprisingly, the rigors of everyday life were the subject of frequent complaints on the part of the orphans. In their letters, they did not hesitate to describe the hardships of studying and working, or in their material conditions, such as a shortage of food. These portrayals of life in North Korea were often accompanied by nostalgia for their experiences in Poland. For example, some orphans claimed that they regretted not eating enough bread and dripping in Poland. Although they used to hate such food when they were at POW no. 2, the orphans suddenly craved it due to shortages in North Korea.

Such romanticization of events, mixed with their emotional attachment to their Polish teachers who were like their foster parents, strengthened the orphans’ yearning for their childhoods.

However, such complaints and nostalgia did not lead them to reject their new lives in North Korea. The transnational experience of living and studying in Poland might have made the orphans’ adjustment to life in North Korea more difficult, but it did not entirely obstruct it. In fact, the letters show that the orphans were determined to adjust to life back home. While the orphans missed their Polish teachers, they also worried about their upcoming final exams and work assignments for the days ahead. They strove to be exemplars of “good youth” in North Korean society.

Complaining about school and work life, reflecting back to their childhood, and working hard to finish their daily assignments – this is what constituted the orphans’ everyday life in postwar North Korea. Their identities and relationship by the state were defined by neither resistance nor collusion. Rather, they were focused on the mundane concerns of daily life.

Intaek Hong is an assistant at the Critical Global Studies Institute (CGSI), Sogang University, whose research concerns the experiences of North Korean orphans during and after the Korean War.