Olga Oliker: "Russia Is Left Holding the Bag on Syria"

In a Russia File conversation with Olga Oliker, we discuss Russia’s foreign policy choices against the background of uncertainty as to where and how the United States plans to be active.

Do you think Rex Tillerson’s dismissal has anything to do with Russia? What would a former CIA director would be like as secretary of state?

How much it has to do with Russia I do not know. I do not have any insights into how the Trump administration makes its decisions. Certainly we have seen some public disconnects between what the U.S. secretary of state said and what the White House said. But we have seen it with other senior officials, who seem to still have jobs. It could be Russia, it could be North Korea—pick a country on the planet and it could be that because there might be a disagreement we do not know about. Which is not to say that Russia is not critically important to U.S. security.

Pompeo did not have a CIA career; he came from Congress. Because of this, I don’t think his year and a bit in that role is the most important thing about his appointment. I think his opposition to the JCPOA [the Iran nuclear agreement] and his North Korea policies are more important. So are his management skills: State is a big organization, and it’s been through a lot lately—will Pompeo make it worse or better? We’ll also have to see where he comes out on Russia. His public statements have been in line with Tillerson’s more recent ones. It will also be interesting to see where he comes out on America’s European allies.

Are there differences in how the president–foreign minister policy tandems work in the United States and Russia?

There are a lot of differences, institutionally. In general, some U.S. presidents have turned to their national security adviser and some have turned to their secretary of state for foreign policy advice; sometimes it shifted when a person moved from one post to the other, as Condoleezza Rice did under George W. Bush. A lot of it is very personal. In the United States you have these two institutions whose job it is to give foreign policy advice to the president. In Russia, I think, it is very ad hoc. Also, there is no additional bureaucratic organization that competes with the Ministry of Foreign Affairs.

I am talking to you and I am wondering whether the Trump administration actually looks more like Russia. Trump has his family, whom he listens to for advice; he does not seem bound by traditional institutions regarding whom you should take advice from. He does have a certain distrust for what he sees as the establishment, which could presumably include people he has put in these jobs.

Frankly, it is surreal to watch, from Russia, things happening in the United States that we never expected to happen there.

Imagine living here! But I guess you can because you have lived in Russia! We are not used to it. I would argue that Russians had a steady transition to a state of chaos, like that proverbial frog in tepid water that is heated until it boils, and the frog does not notice (which I am told is not actually true: the frog will jump out). Americans, on the other hand, seem to have been thrown into the pot of boiling water. And we are waiting for someone to turn the heat off.

Is there a prospect for Trump-Putin cooperation on some of the key issues Russia and the United States might work on, like North Korea or Syria?

It is going to be difficult because there is a strong conviction in most parts of the United States that Russia tried to influence the 2016 election in favor of Donald Trump and that the Trump administration was a willing participant in that. The second is less consistently believed than the first, but it is very difficult to find an American who does not believe in the first point. If Trump does anything, even if it is in everybody’s best interests, that is cooperative with Russia, he faces pushback and criticism. I wonder if that would be the case on something like arms control. Simply extending New START [the New Strategic Arms Reduction Treaty, in Russian the СНВ-III, a nuclear arms reduction treaty between the United States and the Russian Federation signed in 2010] should be possible. But now with the allegations of the Russian government being responsible for the poisoning of the former double agent in England, anything that is seen as cooperation and coordination with Russia is going to be seen very poorly. There is a very strong mood for punishing Russia in the United States. There is an equally strong sense that engaging with the Russian government is rewarding Russia.

Do you see a coherent strategy in Russia’s foreign policy?

I certainly see clear goals, which have been consistent for the last twenty-five years. There is a narrative that Russia is a declining power. I would argue that Russia was a declining power: it is much weaker than the Soviet Union and it became poorer and weaker in the 1990s. But Russia started to consolidate in the 2000s.

If the expectation is the United States is going to go back to something that looks more like George W. Bush or Barack Obama in three years, will the Kremlin act now? Or is this the new normal? That’s a challenge for the Kremlin. And, frankly, if you spent most of your career planning foreign policy as a counterpoint to another actor, it is a challenge to suddenly be trying to plan it without that counterpoint.

Is Russia a status quo or a revisionist power? These terms are often brought up in conversations about the West’s policy choices toward Russia. Russia usually describes itself as a status-quo-seeking, peaceful nation.

[The preeminent international relations theorist] Hans Morgenthau described three kinds of states: status-quo-seeking, revisionist, and prestige-seeking. I remember reading Morgenthau when I was a graduate student and realizing, “Yes! This is Russia!” It was in the 1990s, but I don’t think that has changed. In fact, Russia’s capacity to seek prestige has increased. I also think status quo implies that there is a static status quo, which there isn’t. The status quo has shifted around. Russia is unhappy with some of the ways the status quo has shifted. It feels it cost it a lot of prestige and it is trying to grab back as much of it as it can. The way I always saw prestige-seeking states is that they are hedging against the future. They are concerned about the potential development of threats later. They are trying to make sure they have the resources to handle it and ideally prevent those threats from arising. One of the resources is prestige, that you are respected, seen as a powerful country, etc.

I would also say that the United States for the last fifteen to twenty years, possibly excepting the last year, has been a revisionist power; revisionist in the sense of trying to spread democracy, including by force. It is what one colleague of mine once described as a vote-or-I-shoot method of democracy promotion.

One thing to understand, though, is that it is not a moral or an ethical thing whether a country is status-quo-seeking, revisionist, or prestige-seeking. It is descriptive. It is [about determining] whether the country is happy with the way things are or unhappy, provided there are good reasons for it to be happy or unhappy.

Let’s discuss Russia’s freelancers, nonstate actors Russia apparently uses in situations where in the past it would have deployed its military. Is it a trend? Is it new?

It is a trend, it is newish. But it is newer for Russia than for America. You can make an argument that the United States tends to use private military companies in noncombat roles, whereas from the evidence we have seen it appears that some of the Russian private military corporations’ staff have been in combat roles.

In Russia as in the United States, there is a tendency to outsource things. How far it goes I do not know. There is a question to be asked: is it better or worse to consciously outsource war or not. U.S. private military companies such as Blackwater have come pretty close to the combat line and have certainly gotten killed fighting and have gotten killed with real repercussions, for example in Fallujah.

Private sector actors may look at this space and see profit opportunities, particularly veterans, who might be willing to take these jobs and make a living while the company is making money. So far governments have been slowly getting more interested. There are all sorts of reasons to be interested. There may be cost saving possibilities, there may be deniability possibilities, there are any number of factors that make this look attractive to governments.

A shorter version of this interview appeared in Russian on the Russian opinion platform Republic.ru. 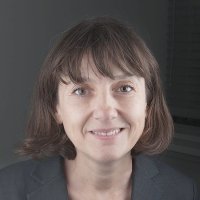