Our Domestic Political Quandary on Russia 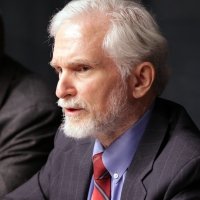 Among the casualties of American presidential politics is the prospect of improved relations with Russia.

The absence of basic civility -- on both sides -- in the public rhetoric between Washington and Moscow mirrors the political vitriol of the American presidential contest.  As a citizen of the Great Republic (a traditional phrase I employ without embarrassment), I am deeply concerned with both.

I sat among the audience in St. Louis for the “town hall” second debate between the major party candidates.  Often, I turned my eyes away from the stage.  The most pertinent question of the evening came early from a local resident who expressed concern that the contest for the highest office in the land might not be fit for family viewing or exposure to children.

I recalled that my own parents had encouraged me to watch the then-novel television debates between Kennedy and Nixon in 1960 as an essential civics lesson for young Americans.  Today, I might hope young people are more focused on their video games.  I even feel some gratification that my parents are not alive to witness the state of their country’s public affairs.

To be sure, vicious politics are nothing new.  The public slanders which poisoned the second administration of George Washington were worse than those of today.  The decades before and after the Civil War were marked by extremes of political behavior which included real violence.  The New Deal inspired political character assassination and conspiratorial accusations beyond anything we see now.

For several decades we were spoiled, because the Americans who emerged from the great collective experience of the Second World War -- in which both of my parents served their country -- demonstrated a degree of mutual respect and civility which made public affairs not only tolerable but even productive.  I first served in the US diplomatic service during Watergate (the most partisan environment imaginable), but witnessed cross-party cooperation on Capitol Hill on issues of national interest functioning as routine and normal.  The generation tempered by the War understood the importance of such cooperation and behaved accordingly.

I see no public issue on which rational public discussion has disappeared more completely than dealing with Russia.  I criticize many of Moscow’s policies, but I cannot recall any period (and my involvement goes back to the Nixon years) when the “mainstream” public presentation of Russian actions and intentions has been less grounded in reality.  Demonization and paranoia may be normal in the Russian outlook, but as an American I hope for better from my own country, especially during this important transition between national administrations.

What we have seen in recent months is very discouraging.

There is no precedent in American history that a candidate for national office would associate himself with the leader of an adversarial power, let alone publicly invite espionage by that power against his own.  I am well aware that Donald Trump’s positive comments about Vladimir Putin over the past nine years have been met with cautious near silence from Russian official sources.  Nonetheless, Moscow has been anything but neutral in the American campaign, despite denials.  Whether or not Wikileaks obtained the hacked materials from the Democratic National Committee from Russian sources (something that remains unproven), Moscow certainly was fishing in dangerous waters with its cyber espionage.  Now the “blow back” on Russian interests is inevitable.

If Mr. Trump wins the presidency, his policies toward Russia will be regarded with intense suspicion by the Congress (not least among members of his own party) and the public.  Recall that Nixon’s policy of detente with Moscow was based on his own image as an anti-Communist hardliner.  Mr. Trump is perhaps correct in saying that Hillary Clinton attacks Putin as a surrogate for himself but, if so, he has nobody else to blame.  It is one thing to enunciate an external policy based on a rigorous assessment of US interests and a pull back from excessive overseas commitments, it is quite another to praise a foreign leader who so consistently criticizes the United States and is under official sanctions which enjoy broad cross-party support.

The bad blood between the Kremlin and Hillary Clinton must be recognized.  It is real and potentially dangerous.  In essence, the Russian leadership believes that as Secretary of State she oriented US “democracy promotion” programs in Russia toward the goal of regime change.  Whatever the truth, error, or partial truth of this belief, it cannot be avoided that the Kremlin believes it.  The top Russian leadership almost certainly anticipates that a Clinton presidency would pursue regime change in Moscow and hence be very adversarial.  For Vladimir Putin and his associates, this is a personal and existential fear.  They probably have seen the video when Clinton learned of the death of Libyan leader Muammar Gaddafi and responded exultantly, “We came, we saw, HE DIED!”  The men in the Moscow Kremlin have no intention of following even the Serbian or Egyptian precedents of regime change, let alone the Libyan.

The good news is that the American public, in my view, does not want confrontation or conflict with Russia.

Thus, as president, Hillary Clinton would take on the relationship with Russia from a very unfavorable and even dangerous starting point.  This would be true no matter how rational and cautious might be her policy, as she doubtless will receive ample advice that regime change is not a viable goal in dealing with a nuclear-armed great power.  The perception on the Russian side is the problem.  In diplomacy, as in all politics, perceptions create reality.  That goes double in a political culture like that of Russia with its elemental security fears and sense of victimhood.

The good news is that the American public, in my view, does not want confrontation or conflict with Russia.  It has imbibed the mass-media demonization of Vladimir Putin, but is not eager for a crusade against him.  Shortly before my trip to St. Louis for the presidential debate, I was the lecturer on a Baltic cruise which included three days in St. Petersburg.  While the American participants were hardly median in age or income, they impressed me as fairly representative of our nation (and sharply divided about the competing presidential nominees).  In a week of conversations, I found them interested and open-minded about Russia.  Not one person was an apologist for the Kremlin, but all understood that some kind of workable relationship between Washington and Moscow is essential for our interests, and for our responsibilities in the world.  I rate the views of this group of Americans about relations with Russia as far, far superior to what we have heard from our presidential contenders, from both parties.

There is, therefore, a basis in public support in the United States for an initiative after January based on realism and civility.  As I believe Russian policy is much more reactive than not, it is appropriate that the initiative come from the far-stronger power.  If this presidential campaign has shown nothing else, it is that we Americans have plenty of problems at home and abroad without a new Cold War with Russia.