Paata and Irina Tsikurishvili arrived in the United States with their own immigrant dream: to integrate their distinctive brand of physical theater into American theatrical life. As The New York Times has noted, their vision produces an “elegant fusion of dance and experimental theater.” Their approach draws on the long-standing theatrical traditions of their homeland, the country of Georgia, which merges physicality and mime into an exceptional brand of performance. Now widely known for their striking productions of Shakespeare plays without dialogue, the Tsikurishvilis and their Synetic Theater in Arlington, Virginia, create an aural and visual indulgence resembling dance and theater while being not quiet either.

Paata and Irina are products of a distinctive late-Soviet theater culture which merged Soviet (and Russian) theatrical practices with earlier Georgian traditions celebrating distinctive national polyphonic a cappella singing, regionally specific dance from both the mountains and lowlands, and pantomime theater. They grew up as artists surrounded by masters of visual storytelling through acting, movement, and music. Georgian theatricality came with them, packed away in their suitcases, as they travelled to their new homeland in the United States.

The Tsikurishvilis were already highly-trained professionals when they left home in search of fresh opportunities following the collapse of the Soviet Union and an on-going vicious civil war close to home in Georgia. During her final courses at Georgia’s national ballet school, Irina discovered the power of pantomime to tell stories through gesture, music, and movement. She was won over, tossing off a promised place in Georgia’s celebrated national folk-dance company upon graduation to pursue pantomime theater.

Paata, meanwhile, came to physical theater from a different direction. A promising film student, Paata had completed a bachelor’s degree in acting and a master’s in film directing at local universities. He was performing in a home-grown pantomime company waiting for a film project to come along when a group of aspiring ballerinas visited to learn more about incorporating gestures into their performances. Irina was among the group.

Tbilisi at the time was no place to launch acting careers. Confronting a collapsing economy brought on by a punishing war among competing political factions, Paata and Irina decided to take their theatrical dreams and growing family (including their newborn son Vato) on the road. They made their way to Germany, where they established the Mimodrama Theater. Immigrant and theatrical life in Europe proved to have its own challenges and before long the Tsikurishvilis were looking further afield.

Meanwhile, Irina’s father, an Olympic gymnastics coach, had made his way with Irina’s mother to the United States, where he eventually would join the Ohio State coaching crew. Her parents helped Irina, Paata and Vato to follow their path across the Atlantic. After a rough patch of performing before school assemblies and the diners at a Russian restaurant in Baltimore, the Tsikurishvilis sought entrance into the American theater scene.

In 2001 – now joined by newly born daughter Anna – Irina and Paata united with other actors trained in Soviet theater to form a company housed in Washington’s diminutive Church Street Theater near Dupont Circle. Dedicated to performing European classics, the company relied heavily on physicality to overcome at times suspect English language skills. Irina and Paata established their presence in Washington theater with stunning performances as Ophelia and Hamlet in the wordless “Hamlet… the Rest is Silence.”

Members of the original Church Street company soon set off in different directions. Irina, Paata, and fellow Georgian, film star Irakli Kavsadze, took their Synetic Theatre (from SYNthesis for “the coming together of distinct elements to form a whole;” and KenETIC, for “pertaining to or imparting motion, active, dynamic,” to produce “a dynamic synthesis of the arts”) across the Potomac to Arlington, Virginia. From there, they set about to redefine American theatre “by blending innovative techniques and movement, investing in artists’ growth, and creating unforgettable visceral experiences for every audience.”

Thinking about how to infuse their visionary approach of physical performance into American theater, Paata looked to the career of an earlier Georgian artistic immigrant, George Balanchine. Noting how Balanchine took on all opportunities – including working with fellow immigrant Igor Stravinski on a “pachyderm ballet” for circus elephants – Paata came to appreciate that every performance offered insight into American audiences. To move forward, Paata, like Balanchine, needed audiences and donors. Synetic’s fresh artistic vision needed performers trained in a new way.

In short, personalistic artistic visions require their own idiosyncratic communities to sustain their creativity. The vision would thrive as students headed out into the world, as audiences spread the word and as checkbooks were dispatched in patronage. Balanchine, Paata realized, created his own like-minded community which eventually transformed American dance. Irina and Paata, through Synetic, would do the same; building a company which not only performed, but trained and cultivated as well. Synetic would be more than a mainstage; it would become the focal point for a growing community of artists and their admirers who continuously expanded the reach of a new concept of theatrical art.

With the support and encouragement of Arlington County’s vibrant arts programs, Synetic secured increasingly capable facilities for both performance and a robust educational program in Roslyn, then Springfield, and now Crystal City as well as at the Kennedy Center and Shakespeare Theatre Company in Washington. These mainstage productions have been supported by the creation of a band of performers and other artists embracing Synetic’s vivid staging, striking costume design, haunting music, and other-earthly movement set free from the laws of gravity.

As their company grew, Irina and Paata expanded educational outreach to include studio training for all ages from seven through adult, summer camp, children’s theater, and teenage performance. In recent years, they have taken their company on the road, performing on numerous U.S. college campuses as well as in Mexico and in their native Georgia. These activities have extended the company’s reach to over 40,000 patrons annually. More important, a small company of formerly Soviet performers matured into a self-replenishing network of young American players who bring fresh vitality to the mainstage productions and are moving out onto stages across Washington and the nation.

Synetic protégé Ben Cunis has moved on to Los Angeles where he is performing on stage and screen (including The House of Cards); John Milosich appeared in the first U.S. National Tour of War Horse. Joseph Carlson similarly has been in numerous roles beyond the Synetic stage (including appearing in the film Lincoln); Rebecca Hausman may be seen in The Coming Storm; and Courtney Pauroso appeared in If Women Ruled the World. Brittaney O’Grady has enjoyed perhaps the most visible success in the role of Simone Davis in Fox Television’s series Star. Actor by actor, designer by designer, Irina and Paata are bringing their distinctive artistic vision to American audiences; and they have done so by nurturing a community of appreciating artists, audiences, and supporters.

At any given Synetic performance in Crystal City, Arlington the audience includes hopeful young performers who have benefitted from the company’s various studio workshops, Russian and Georgian emigres who grew up watching one of the world’s great theater traditions unfold on stage, suburbanites out for a night on the town, Washingtonians pulled across the Potomac by the promise of a memorable night at the theater, members of the international diplomatic corps looking for a more “European” experience, and many more drawn from a rich tapestry of local groups. The Synetic audience is among the youngest of all theater audiences in Washington, and one of the most devoted.

Irina and Paata have enjoyed recognition and honors of various kinds, including a collection of Washington theater community’s Helen Hayes Awards and a grant for innovating emerging theatre from the New York theater wing, the founders of the TONY awards. They were recognized by Washingtonian Magazine in 2013 as among a handful of Washingtonians of the Year. Most important, they have created a theater unlike any other in the nation’s capital; and they have done so by investing in nurturing a community around their effort. They are living their dream of bringing a new style of physical theater to America. And American theater is beginning to change in response. 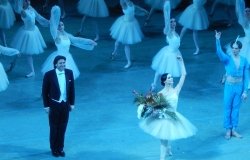 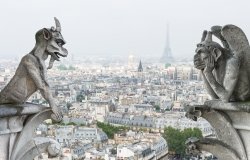 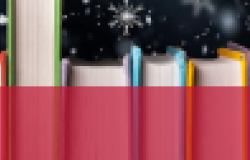 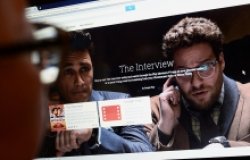 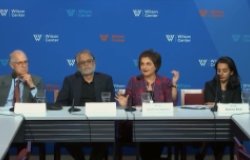