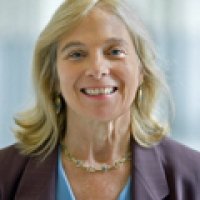 Q: It appears that Pedro Castillo has eked out a slim victory over Keiko Fujimori in Peru’s presidential election. Yet Keiko is alleging fraud, mobilizing her supporters to reject the results, sometimes with violence. What do these days following the June 6 runoff tell us about the underlying divisions in Peruvian politics?

A: The divisions between Peru’s wealthier, whiter and more urban coastal areas and its poorer, more indigenous, rural highlands are now an abyss. To many Peruvians in the highlands, Fujimori’s allegations of fraud signify that Lima’s elites will not recognize the victory of a mestizo candidate from what they condescendingly call “the provinces.” While of Asian descent, Fujimori was born and raised in Lima and, as the 2017-19 anti-corruption effort revealed, has close ties to Peru’s business magnates. Of mixed heritage, Castillo was born to illiterate farmers in the remote rural area of Cajamarca and emphasizes that he is a schoolteacher. His party’s symbol is a pencil, and he wears the straw hat common among Peru’s farmers. In the runoff, about 60 percent of the vote in Lima and northern coastal areas was for Fujimori whereas more than 80 percent of the vote in the southern highlands was for Castillo.

Of course, the divide between the “two Peru’s” dates from the conquest. In recent decades, and in particular since the resignation in 2000 of authoritarian leader Alberto Fujimori, the divide attenuated. A major decentralization reform was implemented and access to health and educational services expanded. Between 2004 and 2015, Peru’s rural poverty rate declined from 83 percent to 45 percent, though that is many times the urban rate of 6 percent. In 2020, the human and economic toll of the pandemic in Peru was among the worst in the world, and there were new revelations of elite corruption; in Perú profundo (the interior), the desire for change intensified.

Q: You have written extensively about electoral rules in Latin America, arguing that runoff systems rather than single rounds produce better democratic outcomes. Yet together, Castillo and Fujimori, both highly polarizing figures, earned the votes of less than a third of the Peruvian electorate in the first round last April. How did two polarizing, minority figures advance to the second round?  Did the runoff help these candidates appeal to a broader segment of the population?

A: If Castillo had become president after winning a mere 19 percent of the vote in the April election, he would have been bereft of legitimacy. As the experiences of Chile’s Salvador Allende and Paraguay’s Fernando Lugo suggest, leftist leaders elected with low vote shares are especially unlikely to survive. Between the first round and the runoff, Castillo did tack away from the far left, building an alliance with Peru’s moderate left, led by Verónika Mendoza.

But the runoff rule is not a panacea. In many countries around the world, electorates are now polarized. In Peru, nine relatively centrist candidates together tallied more than 40 percent of the vote in the first round – a larger percent than either rightist or leftist candidates – but none of these relatively centrist candidates achieved as much as 10 percent individually. In past elections in Peru, large fields of candidates gradually narrowed, but this did not happen in 2021. Amid the pandemic, it was difficult for candidates to travel, difficult for pollsters to reach remote areas and difficult for voters to talk with each other and weigh the candidates’ merits. Peru’s notoriously weak political parties were weaker than ever before.

Q: Since 1990, all but one Peruvian president has been jailed, removed from office or investigated on charges of corruption. For two recent presidents, Pedro Pablo Kuczynski and Martín Vizcarra, corruption allegations and tensions with congress prematurely ended their presidential terms. Should he finally take office, would Castillo be immune from what seems to be a robust tradition of impeaching the president?

A: Castillo would be very vulnerable to impeachment. Presidents in Peru can be impeached by a two-thirds vote on the vague ground of “moral incapacity.” Castillo’s party and its allies will hold only 35 percent of legislative seats; by contrast, Fujimori’s party and her allies won 45 percent. If Castillo were not to continue to moderate, the threat of impeachment would be severe.

Amid the 2017-19 anti-corruption effort, all four presidents elected since 2001 were prosecuted, along with Keiko Fujimori, the runner-up in the 2011 and 2016 elections. Charged with accepting illegal campaign donations and abusing power, she served nearly 17 months in pretrial detention. Her 13 percent of the vote in the first round in 2021 was down from the 40 percent she received in 2016. A Castillo presidency would likely re-embolden prosecutors and lead to her return to jail.

Q: Peruvian electoral authorities and international observers have deemed the election fair and free of procedural irregularities. What effect do Fujimori’s claims of fraud have on the legitimacy of Peru’s political system overall?

A: Democracy cannot work when the losers of elections do not concede. Since 1980, no other loser of a presidential runoff has charged fraud for any length of time. These charges are very damaging to the legitimacy of Peru’s political system. Fujimori is charging fraud despite statements by the country’s electoral authorities and the Organization of American States electoral observation mission that the election was without significant irregularities. Fujimori’s charges (for example, whether or not the signatures of voting-table officials on vote-count documents match their signatures on other documents) are in the hands of the judicial branch of Peru’s electoral institutions. For Fujimori to have any chance of ultimate victory, a change in the deadline for the submission of charges would be necessary. Despite the new, very dangerous precedent that Fujimori is setting, the Biden administration has made no comment. By comparison, despite Donald Trump’s fraud charges after the 2020 U.S. presidential election, leaders of allied countries around the world were congratulating Joseph Biden within the week.

Fujimori’s claims are very polarizing. As her base rallies every day at the offices of Peru’s electoral authorities, Castillo seeks to “defend the vote” with similar mobilizations. A confrontation could become violent. Peru’s electoral authorities are on edge and appear to be delaying calling the election for Castillo. They may be fearful of Fujimori’s wrath or they may themselves be divided.