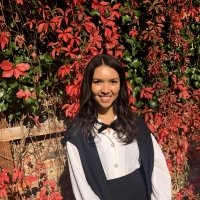 In January 2022, the government of Peru declared an environmental emergency after a tanker operated by the Spanish company Repsol spilled nearly 12,000 barrels of crude oil into the Pacific Ocean off the coast of Lima. Peru’s environmental agency estimates that oil spread across over 39 square miles of sea, beaches and protected nature reserves, an area the size of Paris and almost twice the size of Manhattan.

Experts fear devastating consequences for marine species and local fishermen. Spillover effects threaten to endanger180,000 birds, including many species already at risk, while an estimated 5,000 families have been affected. President Pedro Castillo called it Peru’s “worst ecological disaster” in recent memory. Indeed, the disaster was the largest-ever oil spill in Peru, a country that has seen repeated oil spills over the past two decades, including disastrous pollution in the Peruvian Amazon.

In Peru, widespread backlash in the aftermath of the disaster may help ensure the latest spill won’t be soon forgotten. Following the spill at Repsol’s La Pampilla refinery, hundreds of demonstrators marched against the company, accusing executives of downplaying the incident. The government of Peru initially suspended all operations at the refinery and threatened severe penalties. Beyond Peru, there is reason to believe the consequences of the catastrophe might extend elsewhere in Latin America, where an anti-extractivist movement had already been gaining steam.

Latin America has a long history of dependence on oil drilling and other extractive industries, and just as long a history of related environmental disasters.

Given this chronic economic reliance on natural resources, and nearly a decade of slow growth worsened by the pandemic, most leaders in the region still support digging up underground riches.”

Given this chronic economic reliance on natural resources, and nearly a decade of slow growth worsened by the pandemic, most leaders in the region still support digging up underground riches. Indeed, today, South America is experiencing a new mineral boom, as demand for lithium skyrockets for use in batteries for electric vehicles. Meanwhile, high oil prices are incentivizing investment in the hydrocarbons sector, including in environmentally sensitive regions such as the Amazon. In March 2022, Ecuador’s national oil company said it hoped to double production in the next five years, while Peru’s state-owned oil company announced plans to ramp up oil production in the Amazon. Argentina’s state-owned oil company, too, has ambitious plans to expand production.

At the same time, there is mounting regional pressure to improve governance of historically polluting industries, or even to shut the door on extractive industries altogether.

On Earth Day 2021, the Escazú Agreement entered into force, increasing transparency regarding the environmental impacts of development projects in Latin America and offering better protections for environmental defenders. It has been ratified by 12 countries, and Chile’s new government expressed its support in March 2022. In Chile, a constitutional convention is debating potentially dramatic changes to the management of extractive industries, including lithium, as part of a broader attempt to transition to a development model less reliant on exporting natural resources.

There is mounting regional pressure to improve governance of historically polluting industries, or even to shut the door on extractive industries altogether.”

In Argentina, thousands of protestors gathered in January 2022 to oppose off-shore oil exploration in Mar del Plata, where a federal judge later suspended the project. In February 2021, an environmental activist, Yaku Pérez, nearly reached the second round of Ecuador’s presidential election. In Colombia’s presidential election this year, the leading candidate wants to end hydrocarbons production, though it is a major export. For her part, the newly elected president of Honduras has announced a ban on open-pit mining. Finally, in the Ecuadorian Amazon, where two substantial oil spills recently occurred, a federal judge has granted indigenous groups more control over oil, mining and other extractive industries.

These developments may point to a broader regional awakening on environmental issues, also spurred by intensifying climate impacts, including droughts in South America, a frightening increase in fires in the Amazon and devastating wildfires in Argentina that have consumed 2 million acres.

In Brazil, President Jair Bolsonaro is making an aggressive push to pass five pieces of legislation to buttress his anti-conservation credentials ahead of this year’s presidential election. Nevertheless, Brazilian civil society has rallied to mount an impressive campaign against these efforts – much as it did in 2021, when it urged the Biden administration to demand accountability before supporting funding to combat rising deforestation rates.

Elsewhere in the region, governments these days are more likely to pursue steeper fines and even criminal penalties for corporations involved in environmental disasters, and insist on greater transparency regarding the environmental impacts of development projects. In Peru, for example, the authorities’ response to the January 2022 oil spill has involved a threatened lawsuit against Repsol, threatened fines that could reach $34.5 million and threatened criminal charges against individual executives. Four company officials are prohibited from leaving the country while the investigation is ongoing. The disaster could also lead to tougher regulations, in Peru and elsewhere, although some experts fear that Peru’s government may gradually lose focus. Either way, the disaster has bolstered the argument not only for higher standards and greater transparency for extractive industries, but also expanded areas where these activities are banned entirely, such as national parks and protected nature reserves.

These developments may point to a broader regional awakening on environmental issues, also spurred by intensifying climate impacts.”

In January 2022, Credit Suisse, ING and BNP Paribas announced they would stop participating in Ecuador’s oil industry, after indigenous leaders accused the lenders of complicity in the destruction of the rainforest. Brazilian commodity exports are facing similar scrutiny, particularly from the EU. Indeed, all Latin American exporters who sell to Europe are under growing pressure to reduce their carbon footprint, as the EU adopts stricter measures. For its part, proposed legislation in the United States, such as the FOREST Act, could also have major implications for Latin America’s extractives export economy.