Poisoned Crude: Moscow Acquiesces for Now, But More in Store for Belarus 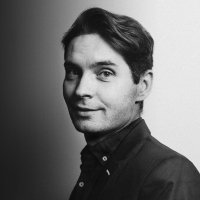 The possible integration of Belarus and Russia, which had been the source of speculation for months, seemed close to a formal arrangement as recently as March. Then a series of crises happened. With both sides remaining mum as to their true intentions, it is unclear whether this is a kind of pre-sale bargaining or a real fallout.

Belarus’s importance is hard to overstate. Russia’s heavily subsidized ally, it may hold the key to President Putin’s political future if he decides to remain Russia’s leader after his current, and last, term in office ends in 2024.

In late April, Russian president Vladimir Putin dismissed his outspoken ambassador to Belarus, Mikhail Babich. That same day Belarusian president Alexander Lukashenko fired Andrei Vtyurin, the deputy head of Belarus’s Security Council, officially for corruption, ostensibly for conspiring with Kremlin operatives. A scandal over contamination of the crude oil that Belarus receives from Russia through the Druzhba oil pipeline heightened the war of words between the two countries, which has simmered for months now. Lukashenko said his country would seek “hundreds of millions of dollars” in compensation for the economic losses and damage to infrastructure that Belarus has sustained.

Belarus is a unique country in its relations with Russia. In 1994, immediately after winning the only free and fair presidential election in Belarus’s history, Alexander Lukashenko, the director of a state-owned farm and a novice politician, made sure his newly independent country would not go down the path of the neighboring Baltic states. His administration reversed all European-oriented leanings and put firmly in place a policy of close rapprochement with Russia. For a quarter of a century now, Lukashenko has used Russia as the main market for Belarus’s meat and dairy products. Belarus has been able to import Russian oil relatively cheaply, refine it, and sell it abroad.

In these hothouse conditions, Lukashenko could afford to keep large parts of Belarus’s unreformed post-Soviet industry going. He has masterfully maintained the impression that Belarus was always just one step away from joining the Russian Federation. Whereas that plan did look plausible in 1994–1999, the distance between the two states has been slowly widening ever since. Today, Belarus’s elites are more nationalist than the nationalist leaders of the Belarusian Popular Front of the 1990s could ever dream of being.

Vladimir Putin, who some say has learned a lot from his Belarusian counterpart, is no fan of Lukashenko. The latter’s brinkmanship has infuriated the Kremlin. Late last year and throughout the winter it seemed that merger talks were in their final stages. But then a new conflict erupted.

In mid-April, Belneftekhim, a Belarusian state-owned oil and gas corporation, raised an alarm about the quality of the crude oil it was receiving from Russia. The charge was contamination by chloride, an organic substance used to increase crude output; chloride can damage refinery equipment. Belarus stopped exports of oil products to the European Union and Ukraine, the country’s main sources of budget revenues.

Lukashenko now says the damages caused might amount to “hundreds of millions of dollars.” According to calculations by the newspaper Vedomosti, the damages may be anywhere between U.S. $271 and $435 million.

For two and a half decades, Lukashenko has paid lip service to friendship, brotherhood, and “Slavic unity” with Russia. Putin bought it in his early years in office, but by the 2010s he had come to realize that, brotherhood or no, Lukashenko was drawing lines he had no intention of crossing. Though Belarus was Russia’s best and closest ally, it did not support the 2008 war in Georgia and did not recognize Abkhazia or Ossetia as territories independent of Georgia, which was Russia’s position. Working to keep Ukraine as a customer for Belarus’s oil products, Lukashenko has never been clear about where he falls with respect to the Crimea question.

Putin has tried to play nice with Belarus, but, starting in December 2018, meetings between the two leaders have intensified, occurring at least twice a month. Neither of the presidents has bothered to explain what the talks are about. But most observers assume that Putin wants Lukashenko to resign and transfer power to a more compliant successor during a Belarusian presidential election that is likely to take place in 2020.

None of that has ever been discussed officially, but most commentators in Russia are convinced that Belarus holds the keys to president Putin’s political longevity. Some say that merging the two countries would revitalize Putin’s fading charisma, just as the war in Ukraine boosted his political fortunes in 2014. Others say that Putin is planning to get a new lease on political life as the leader of a unified Russian-Belarusian state. Creating a new state would allow Putin to bypass constitutional term limits.

But in trying to weaken Lukashenko and force his resignation in 2019–2020, Putin’s political operators face two problems. First, there is no such thing as “the opposition” in Belarus. Those who might claim the mantle are former political prisoners. They are dissidents, not politicians. Second, there is no such thing as an “election” in Belarus. The events called elections are crude simulations needed to reinstall Lukashenko for the next term (Moscow campaign managers are said to be Lukashenko’s attentive disciples in that respect).

In August 2018, Russian ambassador Mikhail Babich appeared in Minsk. Known to be one of the Kremlin’s toughest political warriors, Babich was expected to lead a campaign to take over Belarus. He soon became a “second political actor” in Belarus and a source of information on all the illegal smuggling schemes used by Minsk to sidestep European sanctions and Russia’s countersanctions. Babich was very active in public diplomacy, finding opportunities to comment on all of Lukashenko’s statements. The effect of Babich’s presence in Belarus was soon felt: Russia blocked shipments of European products that were on Russia’s countersanctions list; Belarus’s meat and dairy products were banned from importation into Russia. Almost everything that Belarus profited from and that could be affected from the Russian side was blocked.

At least on the surface, Belarus seems to have won this round of the conspiracy games. Andrei Vtyurin, the Belarusian official fired for corruption, used to be head of Lukashenko’s personal security team. He would have had no reason to be interested in bribes since his influence was beyond anything money could buy. Only his connections in Russia could have led to his dismissal. Sources in Belarus say that on April 25, during a short meeting on the sidelines of a forum in China, Lukashenko presented Putin with some sort of challenge. Immediately after that strange meeting, Lukashenko canceled his participation in the One Belt, One Road events and returned home. Within five days, Babich was removed.

Lukashenko could have leaned on the contaminated crude story as a reason to send Babich back to Moscow. As is clear from Meduza’s investigation, however, the substances that caused the problems might have appeared in the crude mix that Belneftekhim had received from Russia some time earlier. It is unlikely that millions of tons of crude oil could have been contaminated in a moment. We can assume that Belarus diagnosed the “chloride problem” a while ago and used it as a pretext to dismiss Babich.

It may also be the case that Babich went home because he had done his job. He must have gathered quite a bit of information about Lukashenko and his schemes. By now Moscow might have enough intelligence to play Lukasheno. Vladislav Surkov, the notorious operative who was thought to be highly involved in the active stages of Russia’s hybrid hostilities against Ukraine, is rumored to be assigned to the Belarus case now.

Some experts call Belarus’s leverage over the Russian oil pipeline to Europe the country’s “nuclear weapon.” But the pipeline is blocked now, and Minsk has nothing to blackmail Moscow with. Moscow has resumed pumping oil only to Belarus and Ukraine. The route to Poland and Germany is still clogged with contaminated oil. Three Russian tankers carrying contaminated oil lie idle in the seaport of Rostok, Deutsche Wellereports.

For Moscow and for Putin, Belarus is too important to be allowed to slip out of Russia’s grasp just like that. Moscow’s acquiescence may well be tactical and temporary, and the game of conspiracies may be only beginning.