Political Consequences of the Economic Crisis in Russia 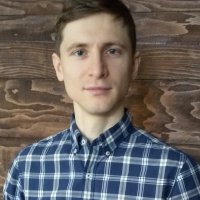 Russians have weathered multiple crises in the post-Soviet period. The "shock therapy" of 1992, the August 1998 default, and the 2008–2009 global recession each had political consequences. Yet the current economic downturn is different: it is structural, protracted, and unfolding against the backdrop of a global pandemic, which limits the efficacy of government instruments in handling the crisis.

The simultaneous contraction of supply and demand in the economy, coupled with the oil price shock in the spring of 2020, had multiple economic consequences for citizens. The decline in average disposable income accelerated, reaching 8.2 percent in the second quarter; unemployment peaked at 6.3 percent in October 2020 (an eight-year maximum); and the annual inflation rate hit 4.9 percent, above the Russian Central Bank's target of 4 percent. With GDP estimated to contract by 3.6 percent and projections of a bleak recovery (according to reports by the IMF, World Bank, and the Russia-based Economic Expert Group), the Russian economy does not look promising for the country’s citizens.

Despite the apparent negative economic dynamics, Russians hesitate to punish the public authorities politically. Vladimir Putin's approval rating plummeted to a record low of 59 percent in May 2020 (far below his long-term mean of 74 percent), only to rebound to 69 percent in September. Meanwhile, the ruling United Russia party, whose approval rating hovered slightly above 30 percent in 2020, confirmed its grip in regional elections and by-elections to the State Duma. In other words, Russian political elites seem to have avoided political responsibility and to have weathered the political consequences of the economic crisis fairly well.

The Economic Crisis and the Public
No government escapes the consequences of an economic downturn. In Russia’s case the pandemic exacerbated the economy’s preexisting problems. Structural dependence on hydrocarbon exports met the collapse in the global oil trade in the spring of 2020, severely reducing revenues. Together with increased capital outflow and high volatility on global financial markets, this put massive pressure on the ruble, which depreciated against international currencies, reaching 76 rubles per dollar in early December 2020, compared to 64 a year earlier.

The government reacted to the crisis with a fiscal stimulus of about 4 percent of GDP that was channeled to select households, firms, and public services. Priority was given to preserving the public funds rather than engaging in an unconditional disbursement of money to citizens as many developed countries had done. The total monetary aid to the economy was less than in 2008–2009. Nevertheless, the combination of accumulated monetary reserves, the low share of private consumption in the economy, and anticrisis policies helped the Russian economy avoid the worst outcomes.

The level of public optimism as measured by the share of those who believed that the country was moving in the right direction dropped between February and April 2020 by eleven percentage points (from 53 percent to 42 percent). It had almost recovered by August, though. Trust in political institutions largely remained intact. The shares of positive and negative evaluations of the domestic policy was almost identical at about 30 percent on average.

In sum, despite deteriorating economic conditions, growing frustration, and uncertainty about the future, Russians hesitated to take issue with the government. A natural explanation would be that they simply do not connect the economic conditions with the government’s performance. While some scholars (Daniel Treisman, Quintin Beazer and Ora John Reuter, among others) have found evidence of such a link, the question of responsibility attribution is rarely asked in public opinion surveys.

Responsibility Attribution in Times of Crisis
To assess whether it is true that Russians fail to assign responsibility for handling the crisis to the public authorities, we commissioned a survey and two focus group discussions on the topic for the Levada Center. The survey took place on June 27–28, 2020. It employed standard stratified sampling with at least fifty regions covered and is representative of the population more than eighteen years old. Starting with some descriptives, in the throes of the pandemic, almost half the respondents (48.5 percent) regarded the state of economy as "average"; 37 percent responded with "bad" or "very bad," and only about 10 percent found the economy to be in a good shape. For half the sample (53 percent) the crisis had worsened the economic conditions for the household but did not undermine it. For one-third of respondents the economic crisis did not have any effect all, and for 15 percent the effect was dramatic.

How effective are the public authorities in handling the economic crisis? Undoubtedly, the majority of Russians believe in the president: 44 percent found him "very effective," while only 20 percent leaned toward the "not effective" side. The federal government trails the president in this respect, with 48 percent of respondents evaluating its performance positively and 25 percent negatively. The ruling party, the mayors, and the State Duma received the largest share of negative evaluations (41 percent, 38 percent, and 35 percent, respectively). All but mayors in the executive branch are respected for their handling of the crisis.

In sum, the evidence from the June 2020 survey defies the idea that Russians do not consider top officials responsible for handling the crisis. Quite the opposite: the real centers of power—the president and the federal government—were almost universally seen as steering the economy out of crisis. Russians were more uncertain about the role of the legislative and subnational authorities.

Responding to the Crisis with Political Means
Are Russians ready to defend their standard of living during a time of crisis? About half (49 percent) ticked at least one item on the list of actions they would take, and even more (55 percent) found at least one action effective. Signing a petition and contacting officials were the most frequently checked possible options, the latter being most frequently assessed as effective. Voting for the opposition and attending authorized rallies came next. Only 7 percent of those polled said they would engage in risky actions, such as unauthorized rallies, and even fewer believed in the effectiveness of risky actions.

A recent crackdown on the public protests organized by Alexey Navalny's team will likely reduce support for actions of this type. Indeed, Levada Center polls show a drop of six percentage points between November 2020 and January 2021 in the share of those who were ready to join collective actions with economic demands (from 23 percent to 17 percent). But the aggregate anticipation of protests jumped from 25 percent to 43 percent, fueled in part by speeding inflation and rising unemployment.

The political consequences of complex processes such as the recent economic downturn are hard to grasp, especially when they coincide with other extraordinary events such as the pandemic in a volatile international environment. Moreover, the short-term outcomes might differ from the long-term consequences. So far, the Russian authorities have weathered the 2020–2021 storm well, but Russian society is not tranquil. The rising costs (such as increased fines and jail time) for certain types of actions might nudge voters to switch to a less costly repertoire, such as voting for the opposition.

In light of the upcoming parliamentary elections, the stagnant ratings of the systemic opposition, and the Kremlin's obsession with electoral management, tensions over electoral outcomes are likely to increase. Likewise, the economic crisis won't be resolved soon, aggravating the public mood. It is not the first time the regime has faced such a combination of factors. However, it is unclear whether the recipes that have worked in the past will prove effective again.