BY VADYM DENYSENKO AND VALERIA PIVEN

Ukraine is facing significant problems with deforestation and nonzonal appropriation, but the solution to these issues has been stalled for years. However, recently a new hope for forest preservation and restoration has appeared. This month, Ukrainian President Volodymyr Zelensky announced the Green Country project, which envisages a plan to increase the forest areas of Ukraine by 1 million hectares in 10 years. Can he succeed in this ambitious goal?

The number of forested areas in Ukraine has been declining rapidly, though precise figures for losses have not yet been made officially public. With the help of satellite monitoring, international and Ukrainian research centers have recorded the scale of changes in Ukraine’s forest coverage over long periods. According to Global Forest Watch, in 2010 there were 11.3 million hectares of forest in Ukraine, occupying more than 19 percent of its total land area. As of 2016, according to Ukraine’s State Agency of Forest Resources, the total area of the forest fund of Ukraine was 10.4 million hectares, of which 9.6 million hectares were covered with forest vegetation.

Global Forest Watch assessments from 2020 indicate that Ukraine lost 79,300 hectares of forest. In total, from 2001 to 2020, 1.08 million hectares of wood coverage were lost as well, equivalent to a decrease in forests by 9.7 percent since 2000. Four specific regions saw a reduction in the number of trees, amounting to 52 percent of all tree cover losses between 2001 and 2020. Compared to the average, Zhytomyr region lost the most forests (215,000 hectares). Among other oblasts, in Rivne, forest coverage declined by 149,000 hectares; in Kyiv by 103,000 hectares; in Volyn by 97,500 hectares; and in Chernihiv by 84,600 hectares. According to a study by EOS Data Analytics, the Institute of Space Research of the National Academy of Sciences of Ukraine, and the State Space Agency of Ukraine, from August 2019 to August 2020, forests in the Rivne region were cut down by two-and-a-half times more than in the same period from 2018 to 2019: 5,395 hectares against 2,101 hectares a year earlier. Also in the Zhytomyr region for this period, forests were cut down almost 20 percent more than in the previous year.

However, deforestation is far from the only problem associated with human negligence and cruelty. Recently, Ukraine’s minister of agrarian policy, Roman Leshchenko, stated that in 20 years, more than 5 million hectares of state-owned land (out of 10 million total hectares) had been put into private ownership.

As mentioned, this month at the All-Ukrainian Forum “Ukraine 30. Ecology,” President Zelensky stated that the government has set an ambitious but achievable goal: to increase the area of forests by 1 million hectares in 10 years. To do this, 1 billion trees will need to be planted in the next three years. However, the question arises—where will the government find a million hectares of land? So far, the President’s Office has not given answers about which regions will receive the most afforestation, and which lands (as well as whose property) will be given over to the new forest planting.

Government officials should consider that it is critical to plant forests not only in Ukraine’s traditionally forested western and central regions but also in the southern steppe region, in order to combat the growing desertification in the area. (The Oleshkiv sands in Kherson is the only desert in Europe.) As of 2011, the forest coverage of this region was 4.1 percent, and from 2001 to 2020, its forest cover decreased by 5,830 hectares. In Soviet times, a successful afforestation project created artificial forests in the Kherson region, establishing the largest new-growth forest region in Europe at that time.

Another problem that the authorities have to solve is the financing of such reforestation. One hectare of a newly planted forest, according to experts, costs about $500. Therefore, to implement the president’s plan to afforest 1 million hectares in 10 years, Ukraine will need about $500 million. Theoretically, Ukraine’s budget can support this goal. However, the question of the new equipment and nurseries for young trees is still unresolved. As of today, this is a vital issue, along with question of the land to be set aside for the forests.

In Soviet times, a maximum of 80,000 hectares of forest were planted in Ukraine. Current technologies allow reaching a conditional design capacity of 100,000 hectares per year (1 million hectares in 10 years). But the project requires a proper administration of such a long-term project, including control of local elites who have been profiting from deforestation for decades. The success of this project directly depends on whether President Zelensky will be able to create a solid public administration of the project that will not allow officials to make money on “shadow schemes” with forests. 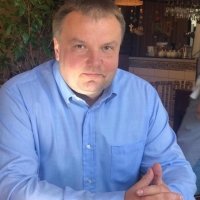 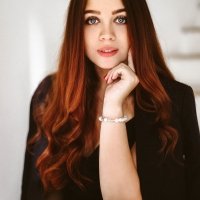 PR Manager and Analyst, Ukrainian Institute for the Future 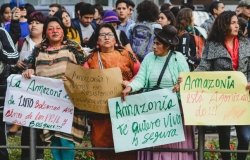 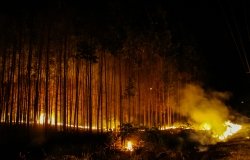 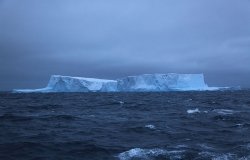 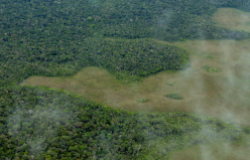 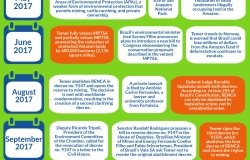 Article
Environment
The Fight Against Deforestation in Brazil
By Brazil Institute on October 30, 2017 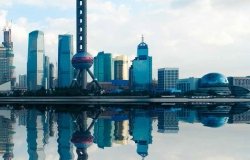 Book
Society and Culture
Urban Forests: A Natural History of Trees and People in the American Cityscape
By Jill Jonnes