Propaganda and Protest during the Six-Day War 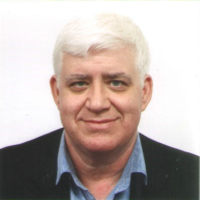 Uri Bar-Noi describes the propaganda war fought between Israel and the USSR during and after the 1967 Six-Day War.

Israel’s 1967 war of words with the Soviet Union

During and after the 1967 Six-Day War, Israel waged a propaganda battle against the Soviet Union. Its intensive efforts against Moscow, which can now be reconstructed using files from the Israeli Ministry for Foreign Affairs and stenograms of Israeli government meetings, underscore the diplomatic consequences of the Six-Day War and the break in Soviet-Israeli relations.

The Israeli campaign called attention to Moscow’s role in escalating hostilities in the region and its avoidance of a peace settlement. It was a reaction to virulent Soviet propaganda which negated Israel’s right to defend itself. The Israeli effort also aimed to counter the Kremlin’s diplomatic initiative in the United Nations, an initiative intended to isolate Israel and endanger its war achievements (mainly the occupied territories which could serve as a bargaining chip during future peace negotiations with Israel’s Arab neighbors).

The Israelis were fully aware of the need to launch a propaganda campaign alongside their military operations against Egypt, Syria, Jordan and Iraq in June 1967. During pre-war consultations by the Israeli government’s defense committee on June 4, 1967, Abba Eban—Israel’s foreign minister—expressed his fear that the planned preemptive strike on neighboring Arab countries could possibly trigger an adverse reaction by the United States and other Western powers. Israel would be subsequently deprived of any moral or diplomatic support, and the further supply of vital weapons by Western countries could be prohibited, as had recently happened with the French embargo of arm shipments to the Israeli Defense Forces (IDF). Eban predicted that Washington’s reaction to the planned war was entirely dependent on both its successful outcome and Israel’s ability to stir up US and world opinion.[i]

Subsequently, Israel’s diplomatic missions abroad were tasked by the Ministry for Foreign Affairs to stir up street demonstrations near Soviet missions, during which former Jewish prisoners in Nazi camps would be encouraged to adorn their uniforms. In addition, embassies were told to undermine the Soviet claim that Israel’s military attack was a conspiracy between Western imperialists and its ruling circles against anti-colonial regimes in the Middle East. This was to be accomplished through increased propaganda activities among the progressive circles of the West.[ii]

After the end of hostilities, the USSR and other East European countries broke off diplomatic relations with Israel. Subsequently, Israel’s diplomatic missions abroad were instructed by the Ministry for Foreign Affairs to describe this action in the media (or even in conversations between Israeli diplomats and local thought leaders) as an act of despondency, resulting from the collapse of the Kremlin’s protracted policy to bring about Israel’s capitulation. Moreover, they were told to stress that the USSR was solely responsible for the outbreak of regional hostilities, since it had always inspired its Arabs clients to become militant as part of its longstanding strategy of exploiting the Arab-Israeli conflict for its own imperialist goals.[iii]

Israel’s counter-propaganda against the USSR and its Arab clients became more intense after the launch of the Kremlin’s diplomatic offensive in the UN, accompanied by an attempt to slander and delegitimize Israel’s military offensive by comparing it to Nazi Germany’s aggression during World War II.[iv]

Fearful that Soviet pressure at the UN would be eventually bear fruit as long as Israel continued to indicate that it was about to take full control of the territories occupied by its military forces, Abba Eban again proposed a vigorous publicity campaign designed to repeal Soviet accusations and improve his country’s global image.[v] The Israeli Prime Minister, Levi Eshkol, also expressed his anxiety that even if the USSR’s diplomatic offensive was not fully successful, it could still lead to an erosion of Israel’s position among both friendly countries and neutral states.

Subsequently, the government decided that Israel’s overseas propaganda activities would be under the complete jurisdiction of the Ministry for Foreign Affairs.[vi] A week later, Eshkol announced at another governmental meeting that Israel would soon be under fierce political attack and should therefore engage in a widespread publicity campaign in the foreign press. This operation would also involve the activation of foreign intellectuals, political parties, and trade unions in an attempt to secure the support of world opinion in Israel. Jewish international bodies, like the World Zionist Organization, the Jewish World Congress, and even Jewish religious organizations would be harnessed to this campaign.[vii]

On June 22, twelve days after the conclusion of hostilities, Israel’s diplomatic missions abroad were instructed to highlight the role played by the Soviet Union in latest events in the Middle East. They argued that the Soviets had encouraged the Arabs to wage war against Israel and were now attempting to avoid a peace settlement. Other talking points claimed that the wild incitement against Israel in the Soviet press had already created a dangerous pre-pogrom atmosphere in the USSR. Israel’s diplomats were told, once again, to organize public demonstrations, protest rallies, and vigils at nearby Soviet missions. Local Jews and supporters of Israel were called to boycott events attended by Soviet artists and sportsmen, as well as to convey open letters of protest to Soviet authorities.[viii]

In view of the Kremlin’s reluctance to soften its attitude and draw back from its virulent propaganda, the Israeli Ministry for Foreign Affairs intensified its publicity campaign abroad in July 1967, even issuing a white paper on the Soviet Union’s hostile policy towards the state of Israel. The paper contained military intelligence concerning arms supplies sent to Arab countries and increased involvement of Soviet instructors and planners in the built-up of their military power.[ix]

A memorandum by the Ministry for Foreign Affairs of July 5, 1967, revealed the motivation for the intensification of Israel’s propaganda against the USSR. The memo describes how the Soviet government, encouraged by the current French embargo of shipments of weapons to Israel and by apparent American indecision and reluctance to supply it with arms, was likely to proceed in its attempts to isolate Israel internationally. Furthermore, the increased presence of Soviet advisors and the accumulation of new weapons in the Middle East shortly after the end of the Six Day War were likely to persuade the Americans, disinclined to risk a further escalation with the USSR, to put more pressure on Israel to recall its troops from the occupied territories and reach a compromise with its Arabs neighbors.[x]

The sources now coming to light via Israel’s archives demonstrate that the Israeli government and its propaganda agencies were all determined to simultaneously fight a war of words and publicity, not only in reaction to the Soviet virulent crusade for Israel's de-legitimation, but also as a counterweight to the Kremlin's diplomatic initiative. The Soviet break-off of relations with Israel furthermore allowed the Israelis to “take off their gloves” and launch a fierce and well-coordinated propaganda campaign against the USSR for the first time since 1948. Caution was no longer required as Jerusalem feared that Soviet propaganda would succeed in its own direction.

[i]  Stenogram of an enlarged session of the ministerial defense committee, held on June 4th, 1967, Israeli Archives (ISA).

[v]  Stenogram of a meeting of the subcommittee of the Cabinet's Defense Committee held on June 14th, 1967, ISA.

[x] Memorandum by N. Levanon, the Israeli Ministry for Foreign Affairs, ‟Policy of the Government of the USSR towards the Middle East in the aftermath of Arab Defeat: Overview and Conclusions,”  July, 5th, 1967, H.Ts. 4083/8, ISA.