A Proposal for Implementing the U.S.-Ukraine Strategic Defense Framework 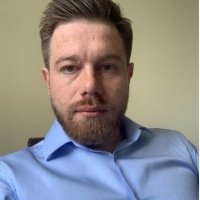 The U.S.-Ukraine Strategic Defense Framework (SDF), a document that enhances the robust strategic defense partnership between the two countries’ defense ministries, was signed during President Zelensky’s visit to the United States on August 31, 2021. The Framework is not the first defense agreement between the United States and Ukraine but marks a new opening for U.S.-Ukraine strategic cooperation on many issues, including the development of Ukraine’s military and defense industry. The question now is how to turn these promising developments into reality.

In recent years, Ukraine has taken significant steps toward reforming its defense sector to achieve interoperability with U.S. and NATO defense forces and has similarly aligned its defense and military industry. To date, four major steps have been taken to ensure the industry’s development and to attract investment in it.

First, on July 13, 2021,the Ukrainian parliament enacted Law 3822, which aims to reform the military-industrial complex and improve governance of the defense and security sector. The act is intended to ensure that principles and standards of corporate governance are followed and that contracting to manufacturers supplying the military and, among others, that defense sector is conducted in transparent fashion. The act also ensures that the fight against corruption in the industry will continue, and opens the sector for investment, while guaranteeing the rights and interests of potential domestic and foreign investors. An important part of the act proposes reorganizing the state-owned defense conglomerate Ukroboronprom into a joint-stock company subject to corporate management regulation.

Second, in July 2020 the Ukrainian parliament passed the Law on Defense Procurement, aimed at rooting out corruption in the procurement of military goods. The law guarantees competition and transparency with respect to procurement procedures. It also requires manufacturers of goods for the military to comply with international (mainly NATO) quality standards. The act explicitly provides for preferential opportunities for certain bodies and missions of the United States and NATO to supply defense matériel and support without going through the competitive procurement process. Those granted preference include Foreign Military Sales, the U.S. government’s program for transferring training and matériel to its foreign allies; the NATO Support and Procurement Agency, which provides operational and systems support and services to NATO nations and partners; and the NATO Communications and Information Agency, which deploys communications systems for NATO's political decision-makers and commands. Such arrangements are further stipulated by the Act of the Cabinet of Ministers of Ukraine No. 527, adopted on May 26, 2021.

Third, the reforms put U.S. suppliers of military goods on an equal or even preferential footing compared to Ukrainian suppliers. The preferential position arises from the fact that U.S. suppliers are not subject to Ukraine’s accounting requirements and product profitability measures with respect to products purchased for national security purposes under Ukrainian legislation.

Finally, the Verkhovna Rada in December 2020 passed the so-called “investment nanny” law, whereby the state may provide assistance to projects with significant investments in Ukraine, not to exceed 30 percent of the initial investment. The law has since been signed by the president and will become effective January 1, 2022. It is intended to stimulate (and protect) investments from friendly nations in fourteen sectors, among them some that serve the military and defense sector.

These reforms have been approved at a time when the relationship between the United States and Ukraine is moving ahead but lacks bilateral formal institutional support, including support for the military-industrial complex. So far, the interaction between the two countries in the military and defense industry is being conducted at the level of individual officials. The risk is that the cooperative initiatives can easily be abandoned should these officials change their position of leave government employ. A much firmer, formal intergovernmental agreement with well-defined implementation steps is needed to tamp down that risk

A Joint Governing Body
From Ukraine’s perspective, rather than relying on individuals, it would be preferable to create an intergovernmental organization that would ensure cooperation in the military and defense industrial sector between the two countries. Official representatives of Ukraine have signaled their readiness to consider endowing such a body with special powers and to grant it certain public administration functions. This readiness was expressed by President Zelensky in his interview with CNN, during which Zelensky observed that his administration would like to increase the U.S. presence in Ukraine.

In my opinion, the creation of such joint governing body would help protect U.S. investments in Ukraine in general and in the military and defense sector specifically. It would help fill in the missing implementation steps in the Strategic Defense Framework and would provide the United States, a key partner of Ukraine, with the means to make informed decisions and mitigate risks for American investments in Ukraine.

When and if such a joint U.S.-Ukraine agency is created, the development of Ukraine’s military and defense industry, as well as cooperation of two countries in other areas, could reach an unprecedented level. The joint agency, in my view, should also have the power to ensure the protection of the interests of both states, including the state secrets of Ukraine. Also, if the agency is established as a joint intergovernmental body, it could be granted special authorities to make decisions for developing the defense industry.

By sharing control for its military and defense industry, the Ukrainian government would give up some part of its authority. But such a step could be justified by the positive outcomes for the industry’s development. This suggestion is not unprecedented: the closest example is the European Defense Agency.

Shared intergovernmental governance of Ukraine’s military and defense industry would also be expected to radically decrease the role and influence of the oligarchs and their clans on the industry and to ring-fence the sector against those entrepreneurs who preserve strong ties with Russia. Decreasing the influence of the oligarchs and pro-Russia figures would additionally resolve an age-old problem of the industry: the lack of investments and new projects. The intergovernmental agency could ensure all these mutual benefits for Kyiv and Washington, D.C.

In addition, according to the official text of the U.S.-Ukraine Strategic Defense Framework, the implementation of all measures [identified in the Framework] depends on the availability of forces, resources, funding and permission to conduct them. The new intergovernmental agency would create the conditions for the implementation of the SDF and other bilateral agreements, and would bring a new level of effectiveness and vigor to U.S.-Ukraine relations. The intergovernmental organization proposed here would ensure that this SDF would avoid the fate of previous U.S.-Ukraine agreements and would serve the interests of both nations.