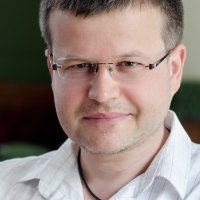 As the war rages in Ukraine, pundits refer more and more often to Putin's “madness” or “irrationality.” After eight years of conflict in Ukraine, such an interpretation appears misleading. First, it is naïve to assume that the war in Ukraine could be generated by the state of mind of one person. Putin himself is a product of the Russian state apparatus and represents ideas shared by a good part of Russian society. Moreover, one need only observe the number of posts on Russian social media with the hashtag #z, copying the tactical sign on Russian combat vehicles, to understand the high level of support for the war in Russia.

Second, the Kremlin’s strategy may be called “rational irrationality”: Putin’s decisions are not based on some “alternative reality” but on a very specific, biased interpretation of facts. One should not be misled by Putin’s rhetoric about “Ukrainian Nazis” or “nuclear threats from Ukraine” because those elocutions are merely a political instrument, just as his use of the term “partners” with reference to Western countries is for political ends only.

Putin’s decision to launch war on Ukraine was based on at least three incorrect assessments: underestimation of the West’s solidarity with Ukraine, misinterpretation of Ukraine’s resilience, and overestimation of the Russian army’s strength.

1. Underestimation of the West's reaction to the war against Ukraine
Russian revanchism and confrontation with the West started long before Putin, as was most remarkably manifested in 1999, when Primakov turned his plane around over the Atlantic and returned to Moscow in an objection to NATO’s decision to proceed with military force over the Kosovo issue. More relevant today is that "Putin’s madness tactics" can be also traced back to the 1999 Kosovo events, specifically to the Pristina incident. That was the first time after the Cold war that the Kremlin used simple tactics to put troops on the ground, then watched the West (or NATO) retreat and accept the situation. Russia repeated the trick in Georgia 2008, in Ukraine 2014, in Syria 2015, and now in Ukraine. Thus Putin is neither mad nor irrational but rather draws on past experiences to guide his actions. The Russian leadership has learned its lessons and is doing now what it was previously allowed to do.

The Kremlin's assessment of possible Western reaction was most explicitly articulated by Dmitry Medvedev at a meeting of the Russia Security Council on February 21, 2022. In particular, he emphasized, “I remember 2008 quite well.… This experience showed that it would be difficult, but after a while [the West] would get tired of this situation and would themselves ask to return to the negotiations, because the Russian Federation means more to the world community than Ukraine.”

2. Russia's misperception of the situation on the ground
Most probably the Kremlin's underestimation of Ukraine's readiness to resist was connected to the incorrect appraisals used in deciding to launch the war. There was definitely a hypothesis that the Ukrainian armed forces would be reluctant to confront the Russian regular army, an assumption primarily grounded in the experience gained from the Crimean annexation and the Ilovaisk and Debaltseve operations. Moreover, Putin's awareness of the situation in Ukraine in 2022 was influenced and distorted by some pro-Russia Ukrainian politicians, such as his old crony, Viktor Medvedchuk. Finally, the autocratic decision-making in Russian power structures should not be neglected: the leader is surrounded by a narrow circle of subordinates who tend to supply the boss only with such information as he wants to hear.

At least two observations support the argument that Putin viewed his actions as a “special operation.” First, the Russian army units entered the territory of Ukraine in close marching formations, as if they planned to take territory without meeting any resistance. And second, the attacking Russian army groups that moved toward Kyiv and Kharkiv were followed by Rosgvardia units, the National Guard, equipped with riot police gear to immediately control occupied cities.

3. Overestimation of the condition of the Russian army
The first days of the Russian invasion showed that the actual state of the Russian army was significantly worse than that promulgated by official Russian propaganda but also worse than many military experts’ assessments. For example, there were reports that some of the Russian tanks sent into Ukraine were older versions from the 1970s and lacked even dynamic armor. Some experts have also suggested that the results of the first days of the Russian invasion revealed high levels of corruption in maintenance chains and even among those involved in the development of new Russian combat vehicles. The actions of the Russian attacking forces in the second week of the war demonstrated huge deficits in everything from logistics to psychological preparedness. This should not surprise anyone familiar with the corruption and inefficiency of the public administration in Russia, which carries over to misuse of the Russian defense budget.

These three erroneous assessments on the part of Putin, seeded by his yes-men, have made the war launch the beginning of the end for the regime and post-Soviet Russia.