On February 24, 2022, as Russians were concluding their celebrations of Red Army Day (the Russian equivalent to Veterans Day), the Russian Armed Forces launched a full-scale invasion of Ukraine. Russian forces crossed into Ukraine from the east, north, and south, while simultaneously bombing Ukraine’s major cities.

The world reacted with disbelief and horror to the largest war in Europe since World War II, even as Ukrainian resilience became immediately apparent. The domestic reaction from Russians, however, proved a disappointing surprise for the world as wide-scale resistance to the war failed to emerge. While the lack of a massive antiwar movement in Russia can be partially explained by the oppressive measures of the Putin regime, a deeper cultural factor is also at play: the continuation of “popular monarchism.”

Popular monarchism, in its simplest terms, embodies the power of the Russian state within one individual. The personification of political power has its foundation in the canonization of Muscovy princes within the Russian Orthodox Church as Muscovy princes were revered not only for their holiness but also for their selfless service to the state. In Western Christianity, the Bible was foundational to faith. In Russian Orthodoxy, by contrast, religious texts about the lives of the saints, including canonized princes, held greater significance for most believers. In this way a tradition of emotional connection formed between the people of Russia and the individual who personified the political power of the state.

The Soviets, and eventually President Putin, sought to capitalize on this convenient political culture. The result was a system in which all the hardships in the life of the average Russian, from serfdom and famine to economic disaster and political strife, were blamed not on the current head of state—whether that was a czar, general secretary, or a president—but on local officials: boyars, commissars, and oligarchs.

For example, when Czar Alexander II liberated Russia’s serfs on extremely unfavorable terms for Russian peasants, the ensuing rebellions that erupted across the country were directed not at the czar but at local officials for allegedly misinterpreting the true word of the czar. In the Soviet Union, at the height of collectivization, Stalin exploited the popular monarchist framework by blaming the excesses of collectivization on overzealous officials. (A similar disavowal of responsibility has notably characterized Putin’s regime.)

Out of the popular monarchist frame a unique tradition of writing petitions and complaints emerged in Russia. With absolute power vested in the head of state, many Russians would simply appeal directly to the czar. In czarist Russia, this often took the form of sending a villager to the capital to represent a whole village's requests, while in the Soviet period letters were often sent directly to Soviet institutions or party secretaries.

The end of popular monarchism in czarist Russia would come with Russia’s defeat in the Russo-Japanese war. Russians, dissatisfied with the deteriorating living conditions and continued military defeats, finally lost faith in the popular monarchist idea when, after a direct appeal to the czar, Nicholas II had the demonstrators fired upon, sparking the Revolution of 1905.

In the aftermath of the Russian revolutions of 1917, the young Soviet state, in an effort to legitimize its rule and bring Leninist ideology to a largely rural and illiterate population in a language the people understood, repackaged the popular monarchist frame, creating the cult of Lenin and Stalin. Ironically, the results mirrored czarist failures as Soviet popular monarchism failed to hold the country together in the face of economic and military disasters, resulting in Mikhail Gorbachev dismantling the very system he sought to reform.

Putin’s Popular Monarchism and Its Discontents

Putin has sought to present himself as the singular power of the state in a small, populist way by continuing the tradition of answering petitions from the people. In his annual direct line press conference, Putin takes complaints and questions from all over Russia, personally intervening to solve local problems. During such events the leader reinforces popular monarchism by showing the Russian people that the only thing stopping him from solving all of Russia’s problems is his inability to know all and be everywhere at once.

In the larger picture, over the past twenty years the Putin regime has put tremendous effort into sustaining the popular monarchist framework, vesting the ruler with absolute authority and minimum accountability. Putin’s vertical of power upholds popular monarchism every time Putin publicly humiliates an oligarch or local official for corruption or mismanagement. No matter how systemic the problem, and no matter the degree of Putin’s own responsibility for the problem, he has always succeeded in laying the blame on someone else.

But in his attempt to re-create the popular monarchist framework, Putin seems to have forgotten its most problematic part. While the system allows Russian leaders to operate seemingly unopposed, it tends to break down in moments of crisis. Unfortunately for Putin, his botched invasion of Ukraine has brought exactly that to Russia: continued losses on the battlefield, economic ruin in the face of unprecedented Western sanctions, and the Russian state’s institutional weakness laid bare by the ineffective attempts at mobilization. Putin’s version of popular monarchism seems on its way to ruin, just as his predecessors’ versions did in 1917 and 1991. 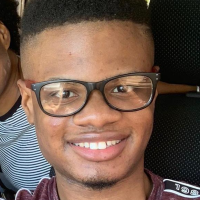 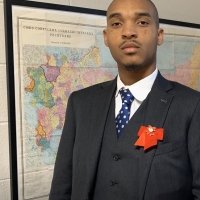