Q: President Macri had the unique opportunity to host two very different American presidents, Barack Obama and Donald Trump. Unlike other world leaders, Mr. Macri maintained good relationships with both, though the bilateral agenda has evolved. How did their visits reflect their different relationships with Mr. Macri and Argentina’s evolving relationship with the United States over recent years?

A: When he took office, Mauricio Macri began a foreign policy oriented toward what he called a “return to the world,” with the purpose of increasing exports, attracting investment and accessing international credit. As part of his strategy of alignment with the United States and European powers, he offered to host the Eleventh Ministerial Conference of the World Trade Organization and the G-20 leaders’ summit in Argentina. Additionally, he received U.S. President Barack Obama in March 2016 and President Trump in November 2018, and he was one of the first Latin American leaders to visit the Trump White House, in April 2017, despite having previously expressed support for Hillary Clinton. Indeed, Mr. Macri had portrayed himself as close to Mr. Obama, who had a better international image, but later took advantage of the business relationship he had cultivated with Mr. Trump in the 1980s to realign himself with the White House following the election. Meanwhile, the two recent U.S. presidential visits to Buenos Aires were distinct; Mr. Obama’s was bilateral, whereas Mr. Trump’s was part of a multilateral event.

Q: In your book, which came out before Mr. Trump’s visit to Buenos Aires last November, you characterize Mr. Trump’s trip for the G-20 as “una oportunidad excelente para dilucidar el estado de la relación bilateral.” How would you evaluate Mr. Trump’s visit? Would you consider Mr. Macri’s close relationship with Mr. Trump a political liability or asset? How did the public’s reaction differ from Mr. Obama’s visit, given Mr. Obama’s generally high public approval rating in Latin America?

A: The visit of the unpredictable and iconoclastic U.S. president, Donald Trump, was the most highly anticipated, and feared, by the Argentine Foreign Ministry for the G-20 gathering. In the eyes of the Argentine hosts, the fate of the summit depended on Mr. Trump’s attitude. San Martín Palace did not spare any gestures toward the current inhabitant of the White House. Mr. Macri’s former foreign minister, Susana Malcorra, had been careful with Argentina’s relationship with Washington, avoiding a return to the “carnal relations” of the 1990s. By contrast, her successor, the protocol expert Jorge Faurie, does not conceal his desire for close ties. Before the G-20, for example, Argentina announced Mr. Trump would participate in a State Visit lasting three of four days.

Ultimately, Mr. Trump only agreed to a breakfast with Mr. Macri. Indeed, the American tycoon seized every opportunity to belittle the G-20 summit, and even its host president. He declined an invitation for a gala dinner at the presidential residence, the Quinta de Olivos, scheduled for the Thursday before the summit. The next day, he made Mr. Macri wait a half hour before showing up for their Casa Rosada breakfast and bilateral meeting. As he and Mr. Macri posed for photographs, he could not hide his displeasure with the apparatus that transmitted simultaneous translation, and threw it to the floor. In his brief remarks, he reminisced about how handsome Mr. Macri had been in the early 1980s.

The subsequent bilateral meeting was also brief, and breaking with tradition, there was no joint statement or press conference. Instead, Mr. Trump’s spokeswoman, Sarah Huckabee Sanders, caused bilateral friction by reporting that both leaders had supposedly repudiated China’s predatory lending in Argentina. Mr. Faurie, eager not to disrupt the State Visit of Chinese President Xi Jinping after the G-20, quickly denied Ms. Huckabee Sanders’s account of the meeting.

Q: An important theme in your book is the impact of domestic politics and public opinion on the U.S.-Argentina relationship. In the next two years, both countries will hold highly polarized elections. In Argentina, there is a possibility that former President Cristina Fernández de Kirchner, who had a tense relationship with the U.S. government, might return to the Casa Rosada. Is the newly strengthened bilateral relationship durable, or subject to dramatic changes depending upon the leaders in both countries?

A: Regarding the Argentina-United States relationship, from when President Néstor Kirchner took office in 2003 until the 2005 Summit of the Americas, in Mar del Plata, the relationship had chiaroscuros. However, relations changed following Mr. Bush’s confrontation with Mr. Kirchner at the summit, and as Argentina focused on Latin American integration, and raised concerns that it was moving toward the Bolivarian axis led by Venezuela, Cuba, Bolivia and Ecuador. President Cristina Fernández de Kirchner oscillated during her eight years in the Casa Rosada between confrontation and agreement with Washington. After she won reelection in 2011, for example, she sought a reprochment with the White House, but without abandoning Mercosur, UNASUR and CELAC as tools for regional coordination.

Following Mr. Macri’s election in late 2015, there was a complete turn in the relationship with the United States, reaching a level of convergence similar only to that during the presidency of Carlos Menem, in the era of the Washington Consensus. The future bilateral relationship will depend on the result of Argentina’s October elections; if Mr. Macri is reelected, he will continue his close relationship with the White House, while a Peronist or kirchnerista triumph will result in greater autonomy from the United States, and a greater focus on Latin America.

Q: In your book, you highlight the role of social movements and popular protests during U.S. presidential visits. Do these demonstrations affect the domestic political impact of U.S. presidential visits, or taint the bilateral relationship? Despite Mr. Trump’s low approval rating in Argentina, why were there apparently few protests during his visit?

A: The book places the visits in the context of the bilateral, and regional, relationships, the objectives of each government, and the reactions they provoked in Argentina, both for and against the deepening of the relationship between both countries. Agricultural corporations, industrialists, the military, trade unions, social organizations, political parties, artists, student groups and intellectuals took advantage of the visits to express their demands, opinions, criticisms and desires related to the relationship with the government of the major global power.

The first Argentine president to visit the White House was Arturo Frondizi, in 1959. Later, President Raúl Alfonsín did the same, in the 1980s, and Mr. Menem visited Washington on several occasions in the 1990s. For some Latin American leaders, to be invited to the Oval Office represents proof of one’s international stature. But my question is, why? The challenge is to establish a non-subordinate relationship, despite the enormous power asymmetries. The significance of bilateral presidential meetings, whether in Washington or Buenos Aires, depends on the agendas and foreign policies. 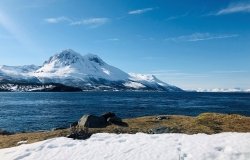