Argentina has been a pioneer in the region in defense of civil rights, and the legalization of abortion is no exception. Although the last attempt to legalize abortion in Argentina was unsuccessful, it served only as an obstacle to be overcome, encouraging the 'pañuelos verdes,' to go out into the streets with full force. So much so that a week ago, a bill was presented to legalize abortion for the eighth time in Congress. The project is similar to last year’s, and defends free abortion until 14 weeks of pregnancy, extending the deadline for cases of rape or risk of life to the mother. In the middle of an election year, the passing of the law could be difficult, or possibly more likely. The issue of abortion has polarized Argentina, creating divisions even within the same parties. Even so, there are legislators and activists, such as congresswoman Silvia Lospennato, who are committed to promoting and supporting bills that advance gender equality and women's rights in the country.

Q: As one of the strongest voices in favor of legalizing abortion, you have shown a notable commitment to women’s rights. What would be the significance for Argentina of the legalization or decriminalization of abortion? Would it have an important effect on Latin America?

A: The legalization and decriminalization of abortion are two distinct legal concepts to reproductive rights. Decriminalizing abortion in Argentina would involve broadening existing exceptions in the Supreme Court’s well-known FAL ruling. That decision resolved a debate over the 1921 penal code interpretation, which decriminalized abortion in cases of rape and risks to a mother’s life. By contrast, legalization would guarantee women access to abortions, and that was the objective of legislation passed by the lower house last year but voted down by the senate.

Without a doubt, both legalization and decriminalization would have important effects in our country. Every year in Argentina, public hospitals treat 50,000 women, on average, for complications from unsafe abortions. This endangers the reproductive health of women who resort to unsafe abortions because they lack access to a legal and affordable alternative. So we are talking about a dramatic transformation for countless women; after all, the 50,000 figure is only for women treated at public hospitals.

As for whether this would make an impact in the rest of the region, I am convinced that countries making progress on women’s rights are paving the way for other countries in the region. Argentina has always been a pioneer in expanding women’s rights. The most emblematic example is our quota system for women in congress, which is now common in the region. After this year, our country will have gender parity on candidate lists.

Q: Last year was notable for Argentine women. Despite failing to legalize abortion, approval by the lower house was a historic step. In your opinion, what are the chances of winning senate approval?

A: Other than small leftist parties (which control five seats or fewer), which managed a united position, all other political movements were divided, so Cambiemos was not an exception. In all parties, there were votes in favor and against abortion.

Regarding internal debate in Cambiemos, the president instructed us to engage in this debate with maturity and to feel completely free to express opinions and vote according to our individual beliefs and understanding, and how we should best represent our constituents.

So with total freedom, every member of Cambiemos was able to express a political position without any party restrictions. To me, that demonstrated a democracy that has become more mature and diverse, and a coalition that, like other political movements in Argentina, is not homogeneous, and which respects the opinions of all its members.

Q: Some presidential candidates, such as Roberto Lavagna, have come out against abortion. Do you think this issue will be a factor in this year’s election? Is it important that candidates announce clear views on abortion? Are there other, related themes – such as gender-based violence and the gender wage gap – that candidates will address?

A: Given the high profile of the abortion issue on the public agenda, following the debates in the lower house and senate, it is inevitable that all politicians will have to state their position regarding abortion. I do not think it will be the only campaign issue, and there are plenty of other subjects on the table for the legislative and, particularly, presidential elections. This will be one of the many topics voters consider when they choose their candidates.

It is important that all candidates are asked their views on women’s issues in general. This includes their position for what should be women’s role in society, if they believe we live in an equal society; what type of society we should aspire to; and what are their proposals to achieve this vision, where everyone can obtain not only equal rights, but also equal opportunities. This relates to the issues that we have discussed, such as reducing the gender wage gap; increasing women’s participation in the workforce; removing obstacles to women in leadership positions, not only in government but also in business; eradicating gender-based violence and human trafficking; among other issues we should focus on. We need gender-based public policies that recognize social inequality and that help us pave the way towards a fair society.

Q: The religious community is playing an important role in the abortion debate. Indeed, several Cambiemos members voted against abortion on religious grounds, and Pope Francis, an influential figure in Argentina, has expressed opposition to legalization. What role should we expect from the Catholic Church and evangelicals in Argentine politics and in future debates on abortion rights?

A: Religious groups have every right to express their views and indicate what official dogmas their congregations should be defending and following in their personal lives. However, regarding public policy Argentina is a secular country, where lawmakers make decisions for a diverse and multiethnic population, with different ways of understanding the world, and where all perspectives should be respected. In this context, lawmakers have to work hard to create equal conditions in which everyone can practice his or her own religion. Should we see a right being violated, we have to act not based on our personal views, but rather look to the common good, and defend the interests of the most vulnerable.

Q: The proposed penal code reforms that would empower judges to decide whether to impose criminal charges against a woman who undergoes an abortion have been strongly criticized by a variety of organizations, activists and political figures. What is your view on these reforms? How will congress handle this issue?

A: I want to repeat that in Argentina, women are already having abortions and the 50,000 women treated every year in public hospitals because of unsafe abortions are evidence of this reality. This is why it must be considered in any legislation, including penal code reform.

The debate in the lower house and senate revealed support from the majority of legislators for the decriminalization of abortion, and that should be reflected in the penal code as well, which already includes, as I mentioned earlier, exceptions for specific circumstances. For a woman who undergoes an abortion, it should not be a crime under any circumstance. You should never prosecute a woman who has an abortion. 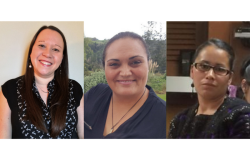 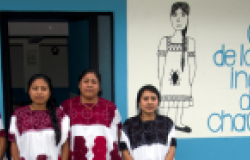 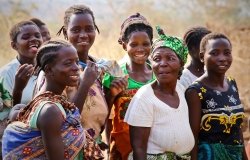