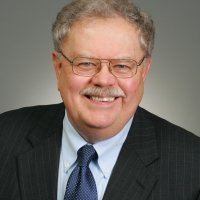 By ignoring the deeds of Truman, Koreans deprive themselves of a valid understanding of their own history, says Michael Devine.

By ignoring the deeds of Truman and his administration, Koreans deprive themselves of a valid understanding of their own history, says Michael Devine.

The impact of the Korean War left a profound mark on the national characters of the two Koreas. How North and South Korea address their histories reflects each society’s concern for legitimacy, national identity, and sense of place among neighboring countries.

This is clearly visible in the way South Korean society has begun, over the past two decades, to recognize the meaning of the Korean War by establishing museums and preserving historic sites. The Korean War Museum, the Museum of Korean Contemporary History, and the military prison museum on Koje Island near Pusan provide excellent examples of the Republic of Korea coming to grips with a most traumatic event.

However, more than 70 years after the liberation of Korea, no significant memorial to President Harry S. Truman stands to be seen anywhere in the Republic of Korea.  Such a void is peculiar because President Truman played a central role in Korean history on at least two occasions: during the 1945 liberation and again during the 1950-1953 war.

Koreans have been extraordinarily generous in publicly acknowledging the support of nations, organizations, and many individuals who provided aid during the war of 1950-53 and the massive reconstruction efforts that followed. In recent years, the recipients of ROK generosity have included the veterans of the United States and United Nations Forces, numerous international humanitarian and aid agencies, and even Peace Corps volunteers who served in Korea from 1966-1981.

All this being said, the one person Koreans should be most grateful to for the creation of the modern Republic of Korea is President Truman. Without the decision he made in June 1950 to commit US military forces to the Korean conflict and call for a United Nations resolution in support of the ROK, South Korea would not have survived the Soviet-backed invasion by the North.

Furthermore, Truman and his administration also deserve the appreciation of those living in South Korea for securing the dividing line at the 38th parallel in discussions with the Soviet Union following the Potsdam Conference of July 1945. Although this left the Korean people divided, it held in check the Soviet Union, which would have occupied the whole peninsula following the Japanese surrender, and placed all of Korea under harsh communist domination.

The historical record is clear: the ROK would not exist if not for the Truman’s decisions of 1945 and 1950.

Certainly, the brilliant landing MacArthur led deserves recognition.  But General MacArthur followed his great victory with a series of blunders and sought to compensate for his miscalculations by insisting on an expansion of the war into China and the Soviet Union. Truman courageously defied Congress and American public opinion by replacing the insubordinate MacArthur in the spring of 1951with a superior commander, General Matthew Ridgeway, thereby immediately improving the military situation and strengthening the core American value of civilian control of the military.

Unlike General MacArthur, one of President Truman's most admirable personal characteristics was humility, and this might explain the lack of any memorial. On November 28, 1967, the former president answered a letter he had just received from the Rev. Paul White, the pastor of the Catholic Church in Inju-myeon, Gangwon Province. The priest wanted to raise $1 million to build a modern hospital in the region and have it named after Mr. Truman. In his response, Truman wrote:

“It has been my personal preference not to encourage any memorials or monuments to me. I consider that whatever useful acts may have been performed during my administration were in fact the acts of the American people.”

Now that we are nearing the on the 75th anniversary of Korean independence, perhaps it is the appropriate time to set aside the memorializing concerns of the humble “Man from Independence.” Because of Truman's critical decisions, the independence of the ROK was maintained, the credibility of the United Nations strengthened and a third world war (possibly involving nuclear weapons) was avoided. And, while disappointing and unpopular with all participants, the Armistice of 1953 established a peace that has endured for more than six decades and led to a period of unprecedented stability and economic expansion in the region for all but the self-isolated North Koreans.

Korea is divided. But the situation could be much worse. Without Truman's leadership, there would be no ROK at all. By ignoring the deeds of Truman and his administration, Koreans deprive themselves of a valid understanding of their own history.

The author is the former director of the Harry S. Truman Presidential Library and Museum.