This past year has been momentous in many ways, with the war in Ukraine, economic turbulence, COVID-19 and other events stealing the headlines. In this year-end, three-part series, Wilson Center President and CEO Mark Green, shares his thoughts on several “stubborn things” that despite being under the radar are shaping our world; conditions and developments that, as law professors sometimes say, “res ipsa loquitur,” or speak for themselves.

China Controls more than 40 percent of the World’s Processing Capacity of Copper, 60 percent of Lithium, and Cobalt, and 80 percent of Rare Earths.

As the International Energy Administration (iea.org) has put it, “China dominates production at every stage of the EV battery supply chain downstream of mining.” Other than rare earths, however, China doesn’t “dominate” where the natural reserves of these key materials are located. The largest reserves of lithium, for example, are in Chile and largest reserves of nickel are in Indonesia. Australia has the second largest of lithium, cobalt, and nickel. Chile has the world’s largest reserves of copper, Indonesia claims nickel. Yet, China dominates production. That’s not nothing. If you want to learn more about critical minerals supplies, and gain a better understanding of this critical issue (pun intended), this Wilson Center report is a must-read.

More than Half of Syria’s Population has been Forcibly Displaced since 2011.

According to the UN High Commission for Refugees (UNHCR), of 22 million Syrians, more than 6.8 million have fled their country since 2011, and another 6.9 million have been internally displaced.

Syrian refugees have sought asylum in more 130 countries, but the overwhelming number remain in the region. Turkey hosts more than 3.6 million Syrian refugees (the world’s largest refugee population); Lebanon, more than 830,000 (over 14 percent of that country’s population); and Jordan, more than 760,000 (this number rises to over 1.3 million when unregistered Syrians are included).

More than half of Syrian refugees live in extreme poverty, most of those remaining in the region are under 18 years old, and more than a third have no access to education. Read more about the human displacement crisis in this special issue of the Wilson Quarterly, and from our Refugees and Forced Displacement Initiative.

In the First Six Months of 2022, America Exported more Petroleum than Ever Before.

According to the US International Energy Administration, the United States became a net exporter of energy in 2019 for the first time in more than six decades (USAFACTS.org), and in 2020, 2021, and early 2022, was a net petroleum exporter. But, of course, that doesn’t mean the US isn’t importing petroleum—it is—to help meet certain domestic needs, and to serve international markets. Through the end of 2021, America’s top sources of petroleum imports came from (in descending order), Canada, Mexico (Canada and Mexico together accounted for nearly 60 percent of imports), Russia, Saudi Arabia and Colombia. (EIA.gov)

As 2023 approaches, and the war in Ukraine persists, the question is how much the foregoing numbers will change and when. Some Western energy companies have already begun “self-sanctioning” by restricting or closing down their Russia-related activities. While Europe agreed in June to a package of sanctions on Russian energy, the crude oil ban didn’t take effect until this month, and the restrictions on certain petroleum products won’t take effect until February. 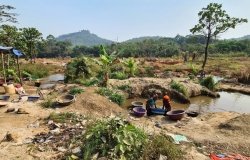 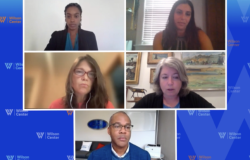 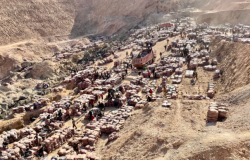