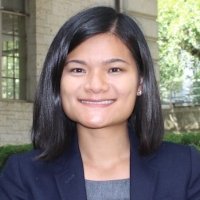 Burma sat at a major crossroads in the global Cold War. Today, its archives invite attention.

Few studies of the Cold War dwell on the Union of Burma. Even those attentive to the global dimensions of the Cold War tend to view Burma peripherally, as a lens to study late-colonial Britain or worse still, as a passive bystander to China’s reach into Southeast Asia.

However, a wealth of documents in the National Archives of Myanmar tells a different story of Burma’s foreign policy in the early Cold War period. As a stalwart defender of neutralism, Burma sat at a crossroads, between the north-south axis of the Cold War and the south-south axis of the Third World.

This rich and turbulent period in Burma’s history is an overlooked but valuable means of understanding the Third World.

During its post-independence period (1948-1962), Burma participated in world affairs with a measured but consistent style of engagement. This was a core feature of its neutral foreign policy, by which Burma refused to align militarily with either superpower but did not shy away from international organizations. Burma’s ambassador in Washington, James Barrington, clarified in 1958 that neutrality meant “in an extended conflict in which neither side is absolutely right nor absolutely wrong, she refuses to line up absolutely with either side.” This stance afforded Burma, already struggling with political instability and food insecurity, much-needed space to focus on internal affairs and development.

Internationally, Burma’s diplomacy revolved around buttressing the principles of neutrality and the preservation of its independence. While Burma often followed India’s lead as part of a burgeoning coalition of Arab and Asian neutral states, its diplomats did not hesitate to assert a differing opinion from other Third World states. For example, its changing policy towards China during the Korean War demonstrated its resistance to the wholesale endorsement of a neighbor, while its refusal to participate in the creation of the Southeast Asian Treaty Organization in 1954 was a highly visible rejection of Cold War politics.

As a United Nations member-state, Burma was not reluctant to seek assistance or issue complaints when it perceived threats to its own security, such as the incursion of Kuomintang troops inside its territory. It also served a mediating role, forging initial contacts with other member-states on behalf of Ceylon’s application to the United Nations and in advocating for the seating of the PRC, a position that the entire Afro-Asian group supported. U Thant, Burma’s permanent representative to the United Nations, quickly gained prominence in international circles and eventually became the third Secretary-General of the United Nations for his embodiment of the neutral Third World.

In adhering to its principled position, Burma often sought to arbitrate disputes among regional partners. Rangoon, the capital of Burma until 2005, was itself an important stopping point for planes refueling between Southeast Asia and the Middle East. Third World leaders regularly met with Prime Minister U Nu in between visits with Achmed Sukarno in Indonesia or Gamal Abdel Nasser in Egypt. Burma was, in this sense, a weather vane of Third World politics indicating the health of connections across the global South.

The National Archives Department of Myanmar, located just north of downtown Yangon, is a generous and accessible resource. The economic opening of Myanmar in 2011 has made travel increasingly easy for foreigners, for whom a tourist visa can be acquired online cheaply and speedily. The National Archives Department manages the archives in two branches, one located in Yangon where records are available for researchers to view and the other in the administrative center at the capital, Naypyidaw. A letter of support by a local academic is needed for entry.

Evidence of the country’s colonial past abounds, from its architecture to the persistent use of English in the catalog. The archives itself is housed in an airy white colonial mansion between the French and Indonesian embassies.

Files from the post-independence period and colonial periods are searchable, whereas post-1962 records remain closed and require written correspondence with the department in Naypyidaw. Archivists direct researchers to computer terminals, which feature catalogs that can be searched in Burmese, English, and Chinese. For the most part, records will have entries in all three catalogs, but some records exist in only one of the three language catalogs.

With no limit on the number of files requested per day, one can view an enormous amount of material in a short period of time. Laptops are prohibited in the reading room, but inexpensive photocopies or scans are available up to an unspecified number. In my case, I was cautioned that 600 pages was my photocopying limit over a thirty day period.

From afar, researchers may want to start with Andrew Selth’s 2008 article surveying the field of Modern Burma Studies. There is also a growing number of digital resources. For the post-independence period, a useful first stop is the Online Burma/Myanmar Library maintained by David Arnott in Thailand. The French association Amicale de la Culture Juridique Birmane hosts an online law library. Others who have written about their research experiences in Burma include the historian Jonathan Saha and Lukas Birk.

Another source of insight into Cold War Burma is its newspapers, housed in a different section of the national archives on the same floor as the reading room. Burma’s founding father, Aung San, ran a student magazine called Oway, later renamed Khut Daung. Two widely available English language newspapers were The New Times of Burma and The Rangoon Gazette. At the time of independence, the Nation was founded by E.M. Law-Yone. His daughter, the novelist Wendy Law-Yone, has since donated many of these early newspapers to the British Library, offering vital coverage of the Nu and Ne Win periods.

The dearth in historical scholarship on Burma in the Cold War demonstrates a need for researchers to consider visiting the archives in Yangon. Some of the recent histories of Burma in English include Mary Callahan’s monograph on the Burmese armed forces, Kenton Clymer’s study of US-Burmese relations since 1945, and Michael Charney’s chapter in The Cold War in Asia. A revised view of Burma’s role in the Cold War—as an important player in the neutral group—would cast the national archives in new light and would further the lines of inquiry opened by the aforementioned studies.

Member, History and Public Policy Program Advisory Board;
Assistant Professor of History at the University of Missouri

Cindy Ewing is an Assistant Professor of History at the University of Missouri. Her research focuses on modern South and Southeast Asia and the global connections between decolonization, human rights, and the Cold War.