The Rise of Lake Baikal Tourism and Its Environmental Impact 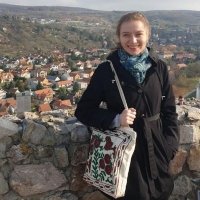 Lake Baikal, located in southeastern Siberia, is one of Russia’s most iconic sites. It has the distinction of being the deepest and largest freshwater lake by volume in the world and serves as testament to the beauty of Russia’s natural landscape. It is home to numerous endemic species, including the Baikal seal, and its sandy coastline and neighboring village sites have seen millennia of scattered habitation.

The geographic isolation of this culturally and biologically rich area, while historically protective against casual visitation, has finally been broached. The past three decades in particular have seen a surge in tourism to the region. The increased foot traffic has benefited the economic development of communities near Lake Baikal and has gained international exposure for the culture of Lake Baikal’s indigenous Buryat population. However, tourism and the businesses thrown up to cater to tourists’ needs have been accompanied by rising levels of pollution and garbage, with the ecological well-being of the lake now under serious threat. Thus, steps must be taken to save the “Pearl of Siberia” that is Lake Baikal.

Lake Baikal first attracted indigenous Siberian peoples to its shores thousands of years ago. The Buryats eventually became the most prominent group in the area and imbued Lake Baikal with sacred status: to this day, Buryat shamans perform rituals at the lake. The Russian Empire expanded into Siberia in the 1600s but consolidated its influence over the region only with the construction of the Trans-Siberian Railroad in the 1890s. Despite railway access, making the journey to Lake Baikal remained a long and logistically difficult process, and relatively few people in the Russian Empire and later the Soviet Union—let alone international travelers—ventured to the region.

Levels of tourism to Lake Baikal dramatically changed following the collapse of the Soviet Union. Advances in travel infrastructure, coupled with eased travel restrictions to Russia, began to attract an increasing number of international tourists. Most notably, the rise of China’s middle class has brought more Chinese visitors to the region: in 2019, 2.6 million Chinese citizens visited Lake Baikal, as the area offers an “exotic” destination while still being relatively close to many Chinese cities. Domestic tourism to Lake Baikal has also climbed, especially in the midst of the COVID-19 pandemic: the number of Russian visitors to the lake doubled compared to visitation in previous seasons as people sought coronavirus-mandated “staycations.” As a result of all these factors, Lake Baikal has seen the number of annual visitors grow from just a few thousand per year a few decades ago to three to four million.

Increased tourism to Lake Baikal has had positive outcomes for the region in certain respects. Visitors bring much-needed revenue to the economically underdeveloped regions surrounding Lake Baikal. For Buryat communities, however, the impact has been mixed. Tourists now flock to traditionally inaccessible holy sites, such as Shaman Rock, and rising real estate prices have driven some Buryat families from the area. At the same time, Buryat cultural practices are an integral part of the Lake Baikal tourist experience. For example, shaman totems are one of the most iconic images associated with the lake. Thus the increased tourism raises international awareness of Buryat history and culture, which can aid in the post-Soviet revival of Buryat identity and traditions after decades of repression.

Environmental Costs
The influx of tourists to Lake Baikal, however, poses a serious threat to the lake’s environment. Villages near Lake Baikal initially lacked the infrastructure to cater to growing waves of tourists coming to the region. Local businesspeople and developers took advantage of weak zoning and building regulations to construct hotels, stores, and other services close to the lake,  often overlooking environmental regulations in the process. One major source of pollution at Lake Baikal is the lack of sewage and water treatment facilities in the area, such that untreated water drains into the lake. Furthermore, an insufficient number of garbage disposal and recycling centers has led to a build-up of waste material. The lake waters have begun to show signs of the environmental strain resulting from mass tourism. Algal blooms appeared in Lake Baikal in the early 2010s, and their continued expansion threatens the biodiversity that the lake currently supports. In some parts of the lake, swimming is prohibited because of high levels of pollution, though just a decade or two ago the water was so pure that people could drink it untreated. If nothing is done to mitigate the damage caused by Lake Baikal tourism, the region risks long-term ecological devastation.

Preserving the environment of Lake Baikal will be a daunting task, especially since the Putin regime—which appears to favor economic gain over ecological protections—allowed a series of UNESCO Heritage Site–related environmental regulations to expire at the beginning of 2021. Russian environmentalist groups are attempting to combat this issue by promoting the development of sustainable tourism in the Lake Baikal region. Some of their objectives include enforcing stricter building codes to ensure that facilities are properly constructed to minimize environmental damage, establishing more waste disposal and recycling centers, limiting the number of tourists who visit Lake Baikal at a given time, and rebranding itineraries at Lake Baikal to promote more environmentally friendly activities.

It will not be easy to convince local and federal authorities, not to mention international tourists, to agree to these initiatives, but the green movement in Russia has achieved prior successes related to Lake Baikal. Activists helped close down a Soviet paper mill near Lake Baikal in 2013, and helped halt the construction of a Chinese-owned water bottle plant in 2019. Lake Baikal is facing a race against time, and officials must strike a balance between economic gain and environmental sustainability if they want to save the special beauty of Lake Baikal for generations to come.

Natural Resources and the EnvironmentTourism