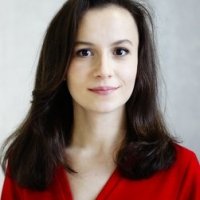 This article first appeared in Riddle and has been lightly edited for style.

A burgeoning military and political alignment between Russia and China has provoked alarmist headlines in various Western media outlets. But the reality in China is that its foreign policy community has other concerns; its officials and experts are still unprepared and unwilling to cultivate a full-fledged alliance with Russia.

This September, Vladimir Putin’s speech at the Vostok-2018 military exercises was translated into Chinese in real time. Tuning in were 3,200 Chinese military personnel. They had all been invited to join this year’s exercises, which were held as usual in Russia’s eastern territories. The inclusion of China this time around contrasted sharply with previous Vostok exercises, which had been deliberately designed in part as a show of strength to forestall any potential Chinese military activity on Russian soil.

Yet the inclusion of Chinese forces was unsurprising, given the tense international climate. Vostok-2018 took place as Beijing and Moscow faced serious and lasting tensions with Washington. Although the scale and nature of the problems with Washington differ drastically between the two nations, it has become a Western media trope to focus on the prospects of a proto-military alliance between Russia and China.  Certainly, the recent friction with the United States provided an impulse for a marriage of convenience of some sort. Yet in China, it appears that arrangement can only go so far. Officials and experts remain unprepared and unwilling to cultivate a full-fledged alliance with Russia.

The Chinese media responded to Vostok-2018 without strong emotion. Leading news agencies and newspapers noted the fact of the exercise taking place, but much more attention was paid to Chairman Xi Jinping’s attendance at the Eastern Economic Forum in Vladivostok, which coincided with the maneuvers. This made it possible to praise the Russian-Chinese “comprehensive strategic partnership” in the usual sweeping but streamlined manner while not paying undue attention to the military aspects.

Most of the articles about Vostok-2018 that did appear in the Chinese media played down the intensity of the discussions in the Western media on the prospects of a China-Russia alliance, and most reports kept a safe distance from the topic of a military alliance. All major newspapers and news agencies of the People’s Republic of China unequivocally stressed that Moscow and Beijing were not striving for an alliance. The common refrain was that China’s invitation to the Vostok-2018 exercises was just to strengthen mutual trust through joint exercises. Representative of the Chinese media’s reaction was the muted response of the newspaper Global Times (GT), the main mouthpiece for Beijing’s nationalist rhetoric, which caters to English-speaking audiences around the world. GT usually does not refrain from speaking out boldly about China’s international agenda, especially when it comes to the country’s military capabilities. However, GT covered the Russian-Chinese military maneuvers with caution, delicately selecting relevant comments from foreign affairs experts. Expert articles on the same topic echoed the official narrative and talked about why neither China nor Russia needed a military alliance.

It seems that the Chinese calculations came up short. The potential political points to be gained through a rapprochement with Russia would not compensate for the risks associated with actively joining Russia’s confrontation with the West.

Russian Rapprochement Is Not a Hot Topic

In China’s international affairs community, Russia-China relations are far from being the hottest of topics right now. The problems and prospects of rapprochement between Moscow and Beijing are far lower on the list than the trade war between China and the United States, for instance, or the North Korean nuclear problem.

Most research publications on cooperation between Russia and China fit into the framework of broader and more popular narratives of Chinese academia. People write and talk about Russia when discussing the development of the Belt and Road initiative or the “Community of shared future for mankind.” All these are products of Beijing’s propaganda and the results of the Chinese leader’s own efforts. Russia is not considered a central subject of those studies.

The priorities of the researchers in this case are clear. The state is actively present in the Chinese academic environment and funds research activities in various fields, from rocket science to political science (in total, this takes 2.06 percent of the country’s GDP). When it comes to the social sciences, the rule that “whoever pays the piper calls the tune” applies. Thus, a large share of publications on international relations adopt predetermined perspectives and fixed positive attitudes. This can give rise to comical situations. The probability of receiving state money for research on Central Asia and Russia, for instance, might well double if the title of the project refers to the Belt and Road initiative.

In China, an expertise specifically on Russia is rather a niche thing. The circle of Russian experts is small and concentrated in several research centers. These experts began their academic careers during the Soviet-Chinese split, when relations between Beijing and Moscow were much less harmonious than they are now, which made it a much more “relevant” topic for study.

The most serious Russian studies are conducted in the centers of the Chinese Academy of Social Sciences (CASS) in Beijing, and at Fudan University in Shanghai. There is a small staff of Russia scientists there. However, they are broad generalists. Each tends to flit between everything from an analysis of the October Revolution and the geography of the Russian Empire to the problems of the “Dutch disease” of the Russian economy and the “model of democracy in Putin’s Russia.” Russia studies centers are actively supported by CASS and the Ministry of Education of China, and their experts are in demand for a broad range of purposes, not only in China but also in the United States and Russia (the main partners in Russia are the Russian Council on International Affairs and the Valdai Club).

Close ties with government agencies set the tone for Chinese experts’ speeches on Russia: they often agree with Beijing’s official position on all sensitive issues. Academic interest in Russia is determined by the priorities of political and economic relations between Moscow and Beijing. A lot is written about the Russian energy sector, the Shanghai Cooperation Organization, and the BRICS, in which Russia acts as a relatively equal partner of China.

So far, the structure of economic ties between Russia and China and the isolated position of Moscow on the international stage do not give grounds for conducting research on a wider range of issues.

Cultivating an Understanding of Russia

Interest in Russia in the academic environment is dictated by Beijing’s foreign policy priorities, which also affect how young Russia scholars are trained. Among Chinese students, this specialty lags far behind Korean studies or American studies. There are programs in Russia studies at 152 universities in China (out of about 3,000 universities in total). These are mainly universities in the largest cities of the “first echelon” (Beijing, Shanghai, Tianjin), as well as in the provincial centers of northeastern China bordering on Russia. It is there that students most often choose to be tested in Russian as their first foreign language as part of the entrance examinations to the university.

At Beijing University, the best university in China, there are few students of Russia. This year the faculty of foreign languages recruited a group of only seven people, although in fairness, admissions to specialized studies of Germany, Spain, or France are even lower: these groups consist of three to four students. However, the English studies group enrolled seventeen students.

There is a little more interest in learning Russian at the Beijing Institute of Foreign Languages (analogous to the Russian Moscow State Linguistic University): 10 percent of freshman students will study the Russian language there.

The demand for learning the Russian language and studying Russia in China is low but steady. Russia studies centers receive generous state funding and, despite being niche, even manage to sustain themselves across generations. Some topics related to the Russian-Chinese rapprochement escape the filter of Beijing officialdom, though the official prerogatives are never far from sight.

In Russia, China became a focus of considerable interest only with the beginning of the talk about a “pivot to the East.” At around the same time, the problems of domestic sinology resurfaced. For years, this discipline had suffered from a lack of money, a lack of government support, and an outflow of specialists.

Now, government departments and even some Russian state-owned companies are frantically trying to build staffs of sinologists in order to somehow establish relations with the country’s first trading partner, at least while the West is still regularly introducing fresh bouts of sanctions.

Therefore, the prospects of the Russia-China alliance are likely to remain at the level of newspaper headlines. But, if Moscow wants to achieve serious results from cooperating with Beijing, it may find it worthwhile to pay more attention to its own internal expertise on China, as well as to keep tabs on how China’s experts actually view their country’s relations with Russia.